A mother from Surrey, B.C., has been arrested and charged in connection with the U.S. college admissions scandal, becoming the second parent from the province who has been linked to the scheme.

The U.S. Department of Justice said Xiaoning Sui, 48, was arrested in Spain late Monday. A statement from the department said she was charged Tuesday in Boston with one count of conspiracy to commit mail fraud and honest services mail fraud.

An indictment alleges she paid $400,000 US to William (Rick) Singer, the admissions consultant at the centre of the scheme, to have her son admitted to UCLA as a purported soccer recruit in 2018. None of the allegations against Sui have been tested in court.

Singer has pleaded guilty in connection with his role in the operation, which involves dozens of wealthy parents accused of bribing and lying to officials to get their children into prestigious U.S. colleges and universities. 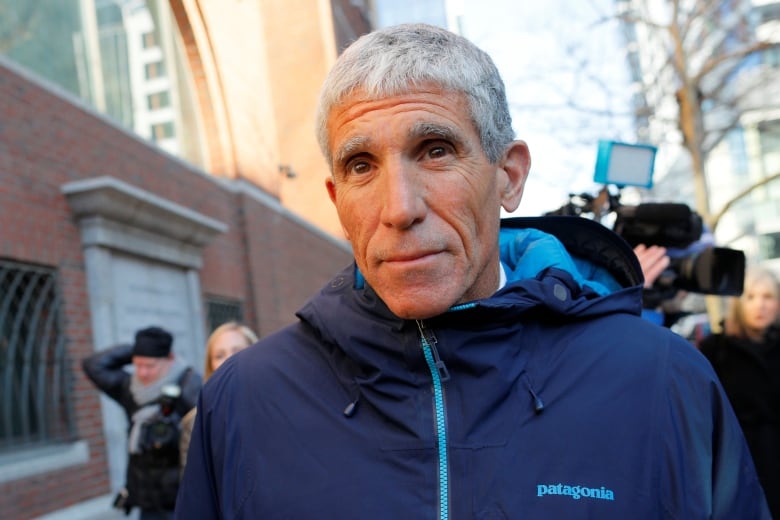 Court filings claim Singer told Sui her son could be "guaranteed" admission to the university in exchange for the money. Sui allegedly wired the first instalment of $100,000 US to a bank account in Massachusetts after giving her son's transcripts to Singer between August and October 2018, along with photos of her son playing tennis.

The statement said a co-conspirator, Laura Janke, who has pleaded guilty, created a soccer profile for Sui's son "which described him as a top player for two private soccer clubs in Canada."

The indictment said UCLA admitted Sui's son as a soccer recruit on Nov. 5, 2018, awarding him a scholarship of 25 per cent. Officials claim Sui wired the remaining $300,000 US to Singer's "sham" charitable organization, the Key Worldwide Foundation (KWF), after admission was obtained.

Including Sui, 52 people have now been arrested in connection with the nationwide admissions plot, from well-connected parents to celebrities such as actors Lori Loughlin and Felicity Huffman.

Huffman, 56, became the first parent sentenced in relation to the scandal on Friday. She was given 14 days in prison for paying $15,000 to rig her daughter's SAT scores.

In the other B.C. case, David Sidoo, 59, a businessman and philanthropist from Vancouver, has pleaded not guilty to a charge of conspiracy to commit money laundering after being accused of paying $200,000 US to have someone take SATs — a standardized college admission test — on behalf of his two sons. 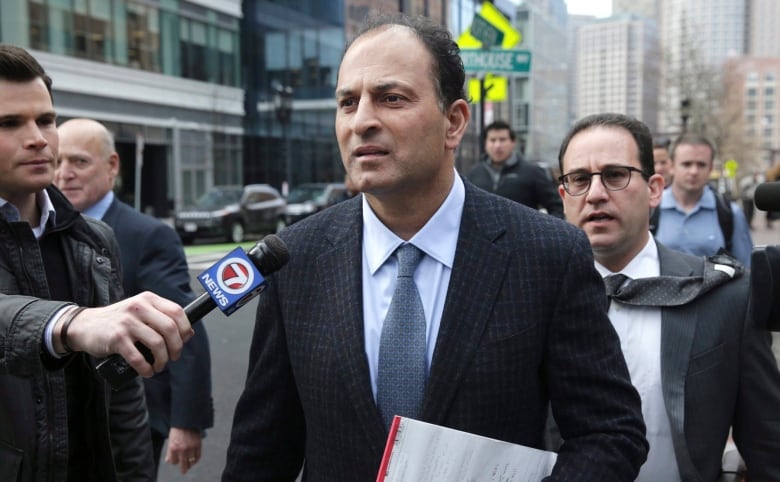 David Sidoo, 59, pleaded not guilty March 15 in Federal Court in Boston to charges as part of a wide-ranging college admissions bribery scandal. (Jonathan Wiggs/The Boston Globe via the Associated Press)

Sui is currently detained in Spain. U.S. authorities plan to seek her extradition to Boston to face the charge.

UCLA declined to comment on the admission of Sui's son, citing policy banning officials "from providing admissions details concerning individual applicants." A spokesperson for the university said an internal review of policy and practice around admissions has been launched in wake of the scandal.

An email sent to CBC News said UCLA can take "immediate action, up to and including the revocation of their admission and dismissal from the university," if students are found to have misrepresented themselves in their applications.

The charge of conspiracy to commit mail fraud and honest services mail fraud is punishable by up to 20 years in prison as well as a fine of $250,000 US — or "twice the gross gain or loss, whichever is greater," the Department of Justice said.

Democrats could get combative witness in Trump...

YouTube Millionaires: For Our First 10 Million Subscriber Special, We Check In With Chad Wild Clay And His Burgeoning Franchise ‘Spy Ninjas’

5 StreamElements provides free services as part of a new...

9 The Most Popular Original and Licensed Series on Netflix...