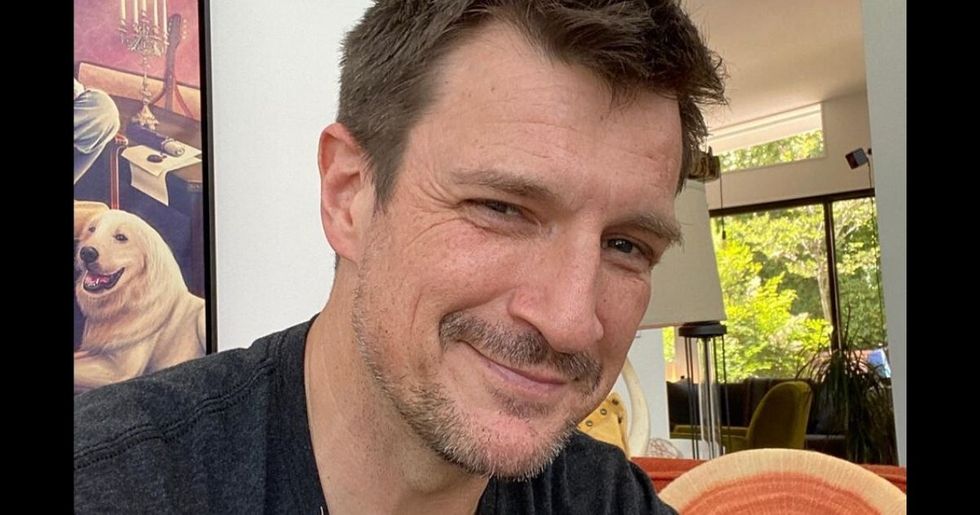 In a time when we've watched people fight over toilet paper, argue over mask-wearing and storm government buildings with firearms, a nice random act of kindness story is always appreciated. And when that random act of kindness happens to someone who is famous-adjacent, the impact somehow seems all the more pure.

Actor Nathan Fillion, best known for his starring roles in the TV series Firefly (and subsequent movie, Serenity) and Castle, shared one such story on Facebook this week—and people are loving it.

"The other day in Canada, a woman buying gas at a Costco had trouble with her credit card. The attendant bought her gas out of his own pocket and asked only that she pay it forward. That Costco was in Edmonton, that attendant was Les Thompson, and Les? That woman was my mother. You restore my faith in humanity, sir. My dad and I are sending three iPads and headphones to a nearby senior care facility so that folks there can visit with their families. Right now, we could all stand to be less afraid, and a little more Les. (Canada, Costco, Les, iPads, and my mom not pictured.)"


Fillion's post has been shared nearly 30,000 times, and commenters have expressed their gratitude for highlighting the fact that there are lots of good people out there. Some said they were proud to be Canadian. (Canada is well known for the general kindness of its people.) Others said the story reminded them that hope is not lost, even in the face of fairly constant bad news. Some inquired as to whether or not Fillion was married. (He's not.) But most simply thanked him for sharing a seemingly small, but oh-so-meaningful story about the power of a simple, selfless act of generosity.

Well done, Les from Costco. Well done, Fillion family. Thanks for giving us the boost of faith in humanity we need right now.

How Disney+'s The Mandalorian Sparked Rule...

9 Hawaiian Crew Goes On A 48-Day Expedition And Sets Record...