South Korea and China both reported a rise in new coronavirus cases on Sunday, as the South Korean prime minister warned that the fast-spreading outbreak linked to a local church and a hospital in the country's southeast had entered a "more grave stage."

Some virus clusters have shown no direct link to travel to China. The death toll in Iran climbed to six, the highest outside China, and a dozen towns in northern Italy effectively went into lockdown as authorities tested hundreds of people who came into contact with an estimated 79 confirmed cases there. Two people have died in Italy.

The Korea Centers for Disease Control and Prevention said that 113 of the 120 new cases were reported in the fourth-largest city of Daegu and surrounding areas. The agency said 70 of them are linked to a branch of the Shincheonji church in Daegu, which has become the biggest cluster of viral infections in the country, which now has a total of 556 cases.

Daegu Mayor Kwon Yong-jin told reporters that 247 residents had tested positive for the virus since the city confirmed its first case on Feb. 18. That first patient is a Shincheonji church member in Daegu who has no recent record of overseas travel. Officials said she attended church services and visited other places before being diagnosed with the disease, but they still believe it's unlikely that the woman set off the chain of infections.

Kwon said there are concerns that the number of those infected in Daegu could see yet another massive increase because authorities were launching intensive examinations of church members with virus-related symptoms. More than 9,000 worshipers were being tested.

Downtown Daegu was mostly deserted with shelves at some supermarkets and stores empty. Many restaurants, bars, real-estate offices and tour agencies have shut down as traffic nosedived and people stayed home, ordering food and supplies online.

The number of new Chinese cases has seesawed daily but remained under 1,000 for the past four days. Several changes to how the infections are counted, however, have made it difficult to draw conclusions from the figures. 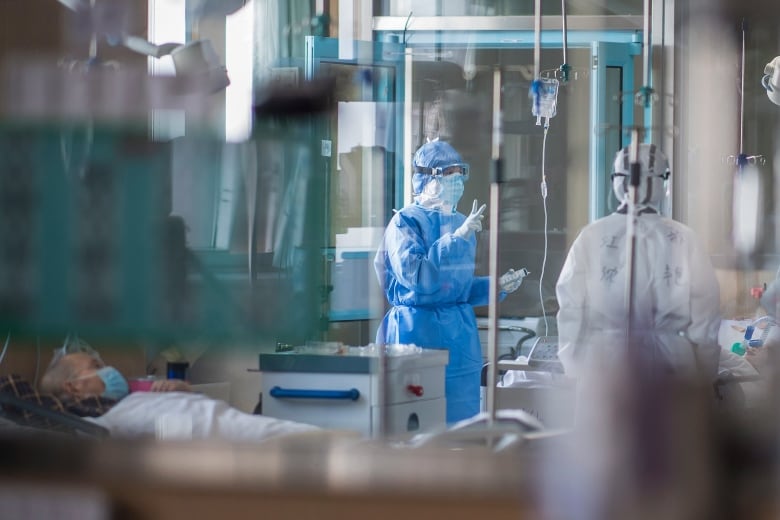 Nurses work at an intensive care ward specialised for patients infected by coronavirus in Wuhan in central China's Hubei Province on Feb. 22. (Xiao Yijiu/Xinhua via The Associated Press)

The central Chinese city of Wuhan and other parts of Hubei province, where the outbreak first emerged in December, remain under lockdown. More than 80 per cent of the country's cases are in Hubei, where the death toll has also been higher than in the rest of the nation.

China's Politburo, made up of senior officials of the ruling Communist Party, cautioned Friday that while the epidemic has been "preliminarily contained," the country has yet to see a turning point.

Officials signaled that regular activities should gradually resume after the virus prompted an extension of last month's Lunar New Year holiday. Many workplaces have opted to have their employees work remotely, and schools are conducting online classes.

In Beijing, most residential communities have implemented "closed management," limiting the number of people per household who can go in and out using exit-entry cards and requiring those just returning to the Chinese capital to isolate themselves at home for 14 days.

A cluster of infections was reported out of Beijing's Fuxing Hospital. The facility, which has 34 confirmed cases, has been closed off to protect the surrounding community, said a statement from Xicheng district authorities.

More than 500 cases also have been found in prisons across the country.

The Korea Centers for Disease Control and Prevention said a male patient hospitalized at Cheongdo city, near Daegu, died on Sunday, the country's fourth fatality. He was believed to be 57 years old but no other details on him were made available.

On Saturday night, Prime Minister Chung Sye-kyun said in a nationally televised address that the virus outbreak had entered "a more grave stage" and repeated the government is making all-out efforts to contain the further spread of the disease. Chung also said his government will sternly deal with any acts that hamper national quarantine efforts. 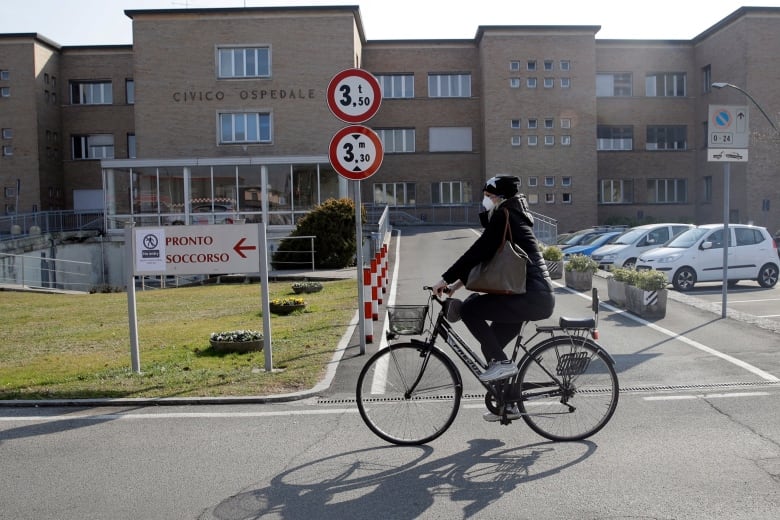 A woman wearing a mask rides past the Codogno hospital, Northern Italy on Feb. 22, 2020. A dozen northern Italian towns were on effective lockdown Saturday after the new virus linked to China claimed two fatalities in Italy and sickened an increasing number of people who had no direct links to the origin of the virus. (Luca Bruno/Associated Press)

Globally, more than 78,000 people have been infected in 29 countries.

Israel, which has reported one case, turned back a South Korean airliner with most of its passengers after it landed at the country's Ben Gurion airport Saturday evening. Twelve Israelis on board were evacuated and quarantined while the plane was taxied away from the allotted terminal, Israeli media reported.

Seoul's Foreign Ministry couldn't immediately be reached for comment. According to Yonhap, the plane was returning to South Korea on Sunday afternoon. 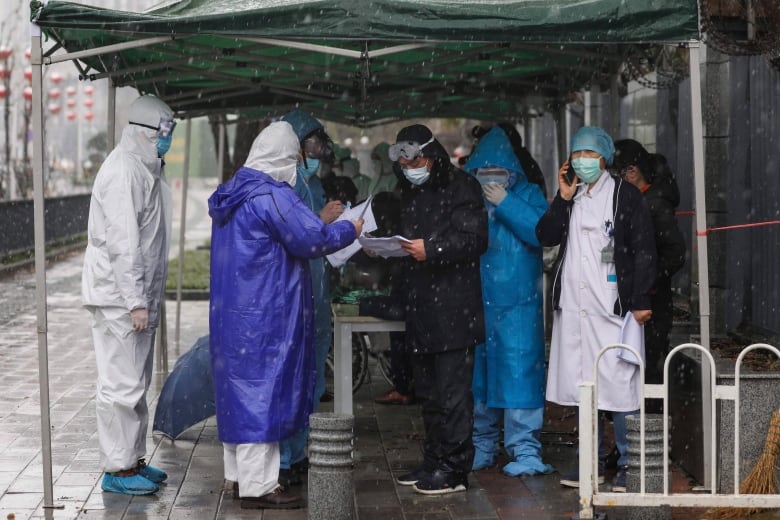 Government workers wait for patients to arrive at a tumor hospital newly designated to treat COVID-19 patients in Wuhan in central China's Hubei Province on Feb. 15, 2020. (Chinatopix via The Associated Press)

South Korea earlier informed Israel that nine members of a group who toured Israel and the West Bank for a week this month tested positive for the virus. The tourists were diagnosed upon returning home. Israeli and Palestinian health authorities asked people who were in close contact with the tourists to quarantine themselves.

A team of global experts with the World Health Organization is on the way to China's Wuhan, the epicentre of the outbreak, WHO Director-General Tedros Adhanom Ghebreyesus said Saturday. It has been visiting other parts of China this week.

Tedros also told a meeting of African health ministers that the WHO is concerned about cases with "no clear epidemiological link, such as travel history to China or contact with a confirmed case." He is especially concerned about the growing number of cases in Iran, where 28 people have been infected.

7 Someone On Twitter Came Up With A Murder Mystery TV Show...