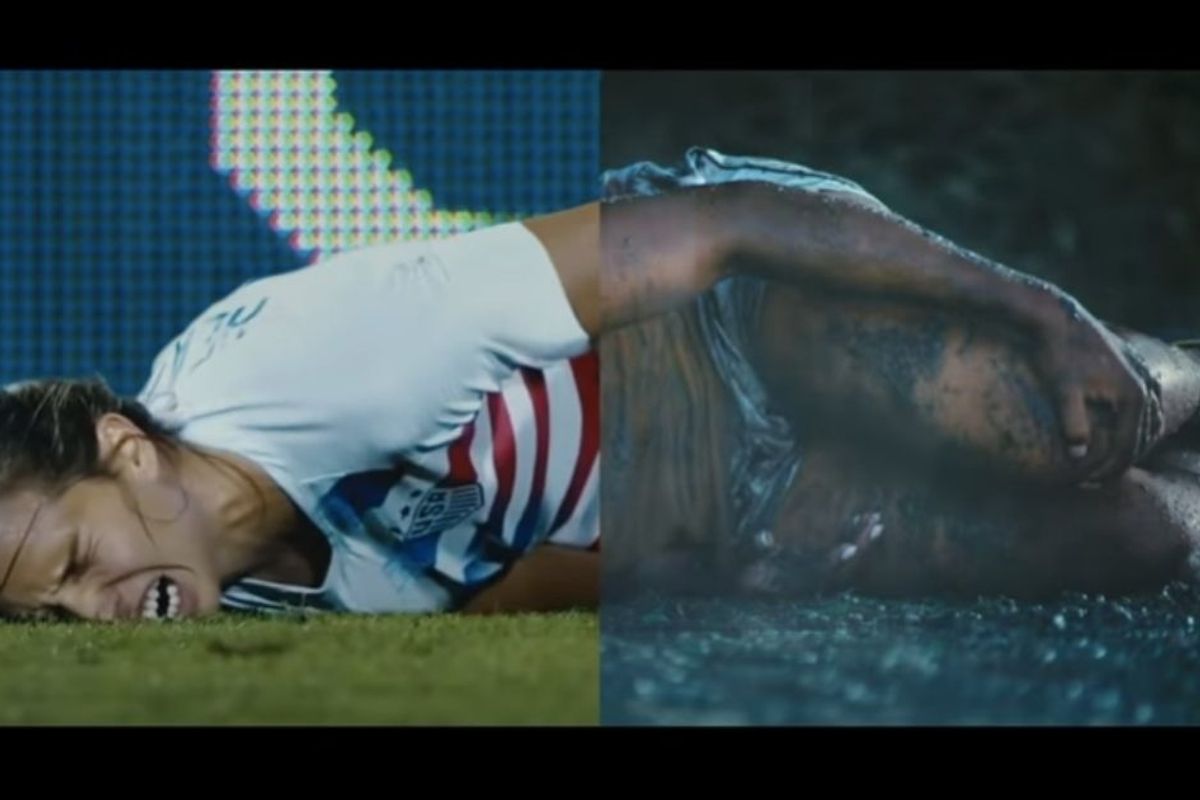 You know when see an ad that's so good you stop caring that it comes from a big corporation that's just trying to sell you things and just marvel at the impressiveness of it all?

The ad (which Nike calls a "film) is the third the sportswear giant's "You Can't Stop Us" series. It features 53 athletes (both elite status and everyday folks) in 24 sports, shown in a series of split screen moments that blend different athletes and sports into one. Narrated by U.S. Women's Soccer star Megan Rapinoe, the film celebrates sport and the human spirit, with a fitting message fo the moment we are in.

And the overall impact is, well...just watch.

You Can't Stop Us | Nike


Much has been made of the film's video editing, which is clearly deserving of accolades. But as one of our own video experts pointed out, creating this film involved far more than just editing. Nike has shared that 4,000 action sequences were researched to find the right shots to pull together to make the final cut of 72, which was undoubtedly done by a team of assistants. Visual effects specialists had to have done painstaking, frame by frame work to manually get the timing right and portions of the videos to line up perfectly. The sheer number of hours this must have taken is mind-boggling.

The whole crew who pulled this together did an incredible job. We need inspiration and hope more than ever right now, and this creative work hit those marks beautifully.

Rapinoe added her own thoughts that perfectly sum it all up:

"Players may be back on the pitch, but we are not going back to an old normal. We need to continue to reimagine this world and make it better. We have all these people in the streets, using their voices, and those voices are being heard. I ask people to be energized by this moment and not let up. I believe it's everybody's responsibility to advocate for change."

Well done all around, everyone.

38 Most Fabulous Celebrities And Their Siblings

My father trafficked me throughout my entire...

9 Wife Publishes An Obituary For Her Late Husband Who Died...