The parents of a teen accused of killing four students at a Michigan high school were charged with involuntary manslaughter Friday as a prosecutor described chilling moments that day when a teacher found a drawing of a gun, a person bleeding and the words "help me" at the boy's desk.

Oakland County prosecutor Karen McDonald said the parents committed "egregious" acts, including buying a gun and making it available to Ethan Crumbley and failing to intervene when they were summoned to the school Tuesday and confronted with the drawing.

School officials told James and Jennifer Crumbley to get their 15-year-old into counseling, McDonald said.

He returned to class and later emerged from a bathroom with a gun, firing at students in the hallway, according to police.

Jennifer Crumbley texted her son after the shooting, saying, "Ethan, don't do it," McDonald said. 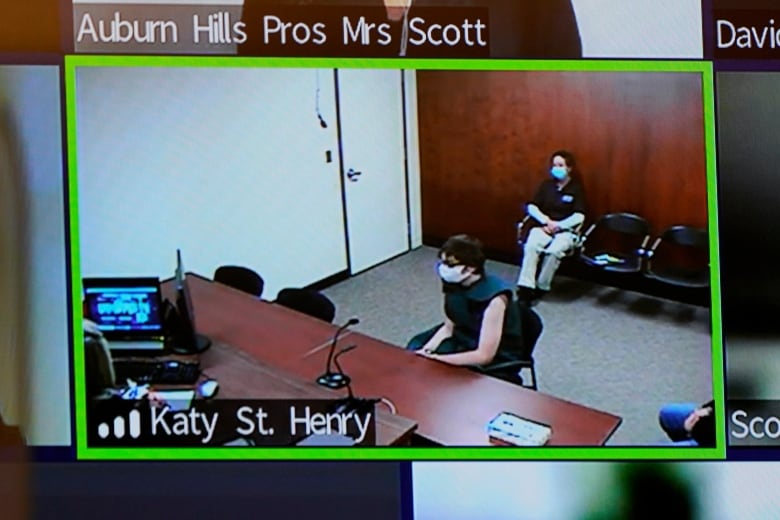 "These charges are intended to hold the individuals who contributed to this tragedy accountable and also send the message that gun owners have a responsibility," McDonald said. "When they fail to uphold that responsibility, there are serious and criminal consequences."

It wasn't immediately known if the Crumbleys have lawyers who could comment on the involuntary manslaughter charges.

Under Michigan law, an involuntary manslaughter charge can be pursued if prosecutors believe someone contributed to a situation where harm or death was high. If convicted, they could face up to 15 years in prison.

Ethan Crumbley, 15, has been charged as an adult with two dozen crimes, including murder, attempted murder and terrorism, for the shooting Tuesday at Oxford High School in Oakland County, roughly 50 kilometres north of Detroit.

Four students were killed and seven more people were injured. Three were in hospitals in stable condition.

The semi-automatic gun was purchased legally by Crumbley's father last week, according to investigators.

Parents in the U.S. are rarely charged in school shootings involving their children, even as most minors get guns from a parent or relative's house, according to experts.

There's no Michigan law that requires gun owners keep weapons locked away from children. McDonald, however, suggested there's more to build a case on.

"All I can say at this point is those actions on mom and dad's behalf go far beyond negligence," she told WJR-AM. "We obviously are prosecuting the shooter to the fullest extent. ... There are other individuals who should be held accountable."

Later at a news conference, McDonald said she hoped to have an announcement "in the next 24 hours." She had firmly signalled that Crumbley's parents were under scrutiny when she filed charges against their son Wednesday.

Sheriff Mike Bouchard disclosed Wednesday that the parents met with school officials about their son's classroom behaviour, just a few hours before the shooting.

McDonald said information about what had troubled the school "will most likely come to light soon." 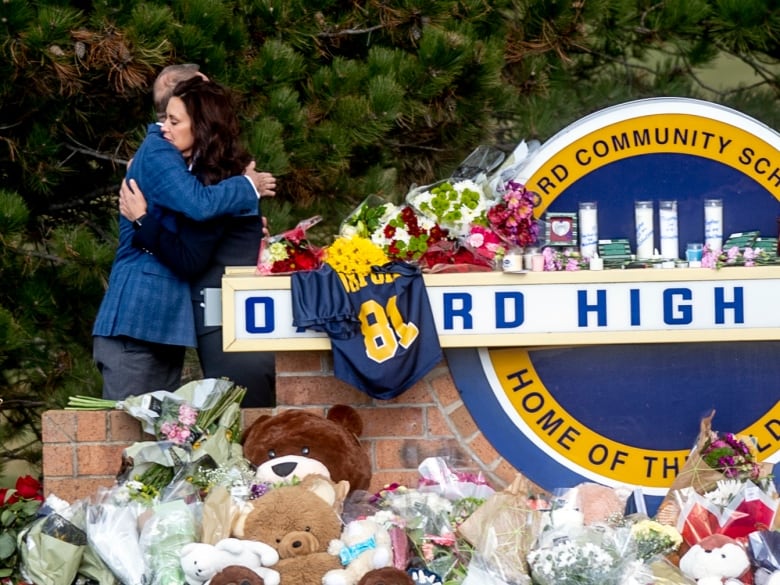 Crumbley stayed in school Tuesday and later emerged from a bathroom with a gun, firing at students in the hallway, police said.

The superintendent for the district late Thursday posted a YouTube video where he said the teenager was called to the office before the shooting but "no discipline was warranted."

Tim Throne, leader of Oxford Community Schools, said the high school looks like a "war zone" and won't be ready for weeks. But he repeatedly credited students and staff for how they responded to the violence.

"To say that I am still in shock and numb is probably an understatement. These events that have occurred will not define us," Throne, grim-faced and speaking slowly, said in the 12-minute video.

"I want you to know that there's been a lot of talk about the student who was apprehended, that he was called up to the office and all that kind of stuff. No discipline was warranted," Throne said. "There are no discipline records at the high school. Yes this student did have contact with our front office, and, yes, his parents were on campus Nov. 30."

5 Killings of 2 Canadians in Mexico due to gang debt,...

7 All about model Romee Strijd’s engagement ring from...