Patricia Lee Smith shortly named Patti Smith is an American singer-songwriter, musician, author, and poet. She became an influential component of the New York City punk rock movement with her 1975 debut album "Horses". She is called the "punk poet laureate" as she fused rock and poetry in her work. She is best recognized for her song "Because the Night". She was named a Commander of the Ordre des Arts et des Lettres by the French Ministry of Culture in the year 2005 and she was inducted into the Rock and Roll Hall of Fame in the year 2007. What's more, she won the National Book Award for her memoir "Just Kids" on 17th November 2010 and was also the recipient of the 2011 Polar Music Prize. 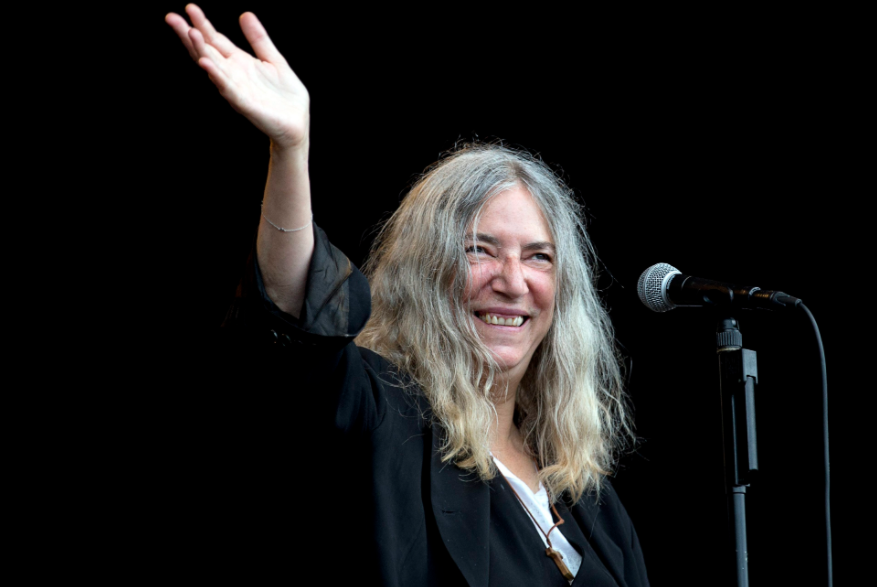 What is the Birthplace of Patti Smith?

Patti Smith was born with the birth name/real name of Patricia Lee Smith on 30th December 1946 which makes her 74 years old. Her place of birth is in Chicago, Illinois, the USA. She holds an American nationality and her ethnic background is Mixed as the family was of part Irish ancestry. Her race is White. Capricorn is her Zodiac sign and her religion is Christian. She recently celebrated her 74th birthday as of 2020 and will be celebrating her 75th birthday as of 2021 on 30th December. She was born as the eldest of the four children to her parents; Beverly Smith (mother) and Grant Smith (father). She has three siblings; Linda, Kimberly, and Todd. Her mother was a waitress and her father was employed as a machinist at Honeywell plant by profession. In the year 1950, the family moved to Philadelphia and six years later to Woodbury, New Jersey. In her early years, she was shy and introverted. Concerning her education, she completed her preliminary education from Deptford Township High School in 1964. After that, she took up a job at a toy factory. Her experience at the factory was a grueling one which later formed the theme of her first single, "Piss Factory". At the end of the year 1964, she enrolled at the Glassboro State Teachers College with an intention to become a high school art teacher. Her poor academic performance and her continuous insistence to break away from the traditional curriculum to focus on the experimental artists led to her dropping out of the same. She moved to New York in the year 1967 and took up a job at a Manhattan bookstore where she became friends with Robert Mapplethorpe, a photographer. In the year 1969, she moved to Paris with her sister where she indulged in performance art. She provided a spoken word soundtrack for a film, "Robert Having His Nipple Pierced" and then appeared in Jackie Curtis's play, "Femme Fatale". She also starred in Tony Ingrassia's play "Island".

How was the Singing Career of Patti Smith?

On 10th July 2005, Patti Smith was named a Commander of the Ordre des Arts et des Lettres by the French Ministry of Culture. In addition to Smith's influence on rock music, the Minister also noted her appreciation of Arthur Rimbaud. In August 2005, she gave a literary lecture about the poems of Arthur Rimbaud and William Blake. In November, she received the Woman of Valor Award from ROCKRGRL Magazine. On 12th March 2007, she was inducted into the Rock and Roll Hall of Fame. She is the proud recipient of the Honorary Doctorate in Fine Arts from Pratt Institute on 17th May 2010. She won National Book Award for her memoirs, "Just Kids". In the year 2011, she won the Polar Music Prize for her contribution to art. In the year 2013, she was presented with the Katharine Hepburn Medal by Bryn Mawr College. The same year, she was greeted by Pope Francis in St Peter's Square. At the 2008 Rowan Commencement ceremony, Smith received an honorary doctorate degree for her contributions to popular culture. She is set to receive the International Humanities Prize from Washington University in St. Louis in November 2020. 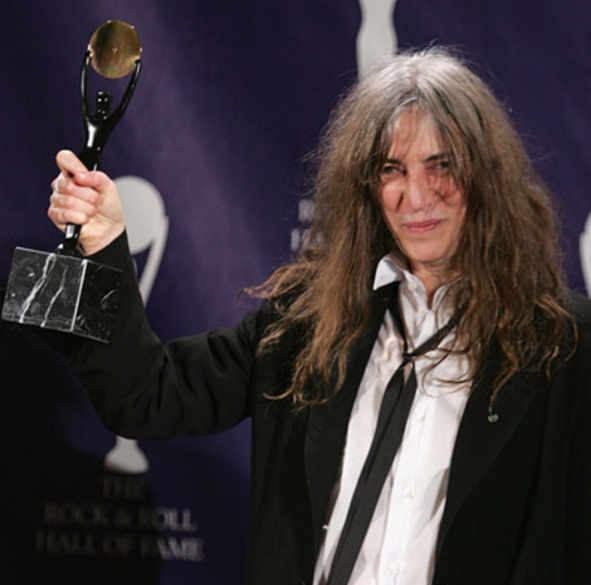 
Who is Patti Smith married to?

Patti Smith is a married woman. She started having affair with Fred "Sonic: Smith, former guitar player for Detroit rock band MC5 with whom she married. The duo is blessed with a son, Jackson (b. 1982), who would go on to marry The White Stripes drummer, Meg White, in 2009; and a daughter, Jesse Paris, who is also a musician and composer (b. 1987). Later, her husband, Smith passed away in 1994. Her sexual orientation is straight. 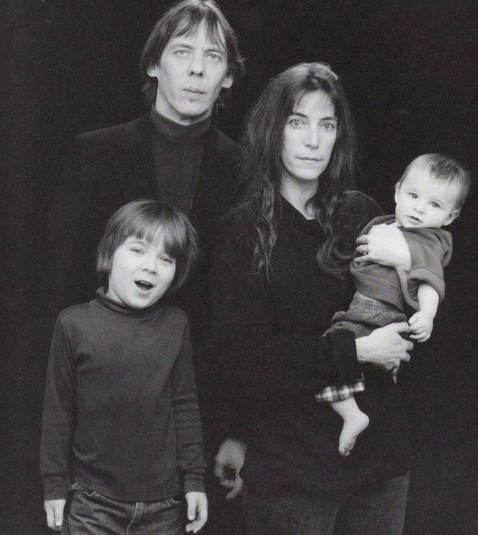 During her early years, she gave birth to her first child, a daughter, on April 26, 1967, and chose to place her for adoption. Initially, she developed an intense romantic liaison with Robert Mapplethorpe. But their relationship ended when Mapplethorpe realized he was a homosexual. They remained friends until Robert's death in the year 1989. In the 1970s, she was romantically involved with Blues Oyster Cult keyboardist, Allen Lanier. She separated from him in the year 1979.

What is the Net Worth of Patti Smith?

Patti Smith is a successful singer-songwriter, musician, author, and poet who has made a vast amount of money from her career until now with the release of hit songs, singles, albums, and more. As of 2021, the net worth of Patti Smith is estimated to have $16 Million whereas her exact salary is still to get unfold yet but there is no doubt in the mind of her followers that she is making a good amount of money from her work. Her major source of wealth comes from her music career.

How tall is Patti Smith?

At the age of 74, Patti Smith still looks very beautiful. She always carries a glowing smile on her face which attracts a lot of people towards her. She stands tall at a height of 5 ft 7 in and her balanced weight consist of 58 kg. Her hair color is salt and pepper and she has green color eyes. Overall, she has got a healthy body.

8 The Queen Is Unlikely To Watch ‘Oprah With Meghan &...