Ten women filed a civil class-action lawsuit on Thursday accusing one of Canada's wealthiest businessmen and clothing manufacturers, Peter Nygard, of raping them at his seaside mansion in the Bahamas, and operating what they refer to as a "sex trafficking ring."

The women are seeking damages for the alleged rapes.

Three of the women were 14 years old at the time of the alleged rapes. Three others were 15 years old.

The women are not named in the lawsuit "to protect their identities because of the sensitive and highly personal nature of this matter."

According to the lawsuit, filed in New York, Nygard "recruited, lured, and enticed young, impressionable, and often impoverished children and women, with cash payments and false promises of lucrative modeling opportunities to assault, rape, and sodomize them."

There are no criminal charges associated with any of the allegations.

Nygard's lawyer "vigorously" denied the accusations as "completely false [and] without foundation" in a statement Thursday.

"Peter Nygard looks forward to fully exposing this scam, and once and for all clearing his name," said Jay Prober.

Nygard operates a multi-million dollar clothing empire, based in Winnipeg. According to its website, the privately owned company operates more than 170 stores across North America.

The lawsuit goes on to accuse Nygard of drugging women by putting "Rohypnol and/or other mind-altering drugs in their drinks."

It also alleges he "initiated a scheme to purchase police protection and political cover in the Bahamas by making regular payments of tens of thousands of dollars to law enforcement, government officials, regulators, and even to a former Cabinet Minister who became the Prime Minister of the Bahamas."

It further claims "Nygard also paid people, using Nygard Company money, to intimidate his former 'girlfriends' by slashing their tires, committing arson, paying police to threaten to arrest them, and by having them followed."

"This lawsuit was expected," said Prober, his lawyer.

Prober says the lawsuit is the latest in a decade-long attempt to destroy his reputation by his former neighbour in the Bahamas, U.S. billionaire and former hedge fund owner Louis Bacon.

Their dispute began as a noise complaint, and has evolved into multiple lawsuits in multiple countries spanning more than 10 years.

It alleges Bacon has hired a team of lawyers and private investigators who are "engaging in a pattern of illicit and illegal conduct designed to improperly influence witnesses to make false statements, file false reports, abuse process, tortiously interfere with business relations and aid and abet the dissemination of false statements … all for the intentional purpose of damaging [Nygard]."

Nygard says allegations in the lawsuit filed Thursday are a response to his November lawsuit against Bacon, saying the complainants were "bought off to make such false claims."

According to Thursday's lawsuit the alleged rapes took place after or during what Nygard has referred to as "pamper parties" at his home in the Bahamas.

His staff were instructed to recruit young women for the weekly parties, the lawsuit claims. When guests checked in, their details would be entered in a database and photos sent to Nygard for review.

"Nygard would then use this information to select his potential victims for the night," the lawsuit says.

The lawsuit claims Nygard has a database of more than 7,500 underage girls and women. 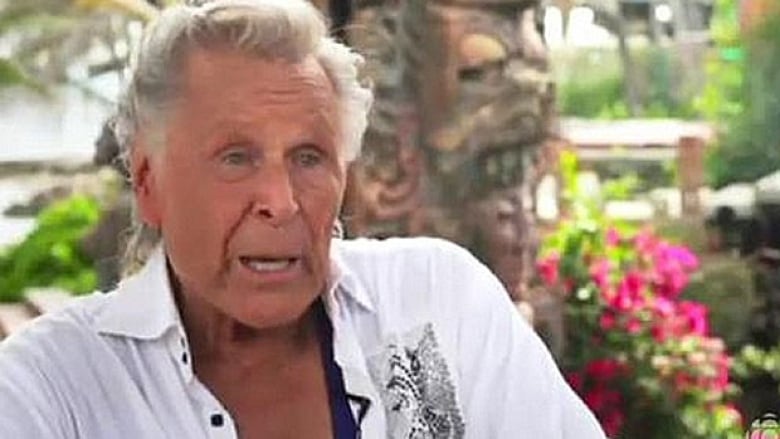 The lawsuit accuses Nygard of drugging women by putting "Rohypnol and/or other mind-altering drugs in their drinks." There are no criminal charges associated with any of the allegations. Nygard's lawyer has denied the accusations. (YouTube)

The lawsuit also includes details of the alleged assaults against the 10 women who made the allegations.

According to the lawsuit, one of the complainants, who was 14 at the time, says the encounter began with Nygard showing her pornography, then Nygard asked her to use a sex toy on him and it ended when he raped her "causing her extrordinary trauma and pain."

The lawsuit says he paid the complainants thousands of dollars after each of the rapes.

He resorted to tactics of violence, intimidation, bribery, and payoff to attempt to silence the victims and to continue his scheme."-civil class-action lawsuit

"The Nygard Companies fund all of Nygard's  'pamper parties' by transferring cash from the company's bank account in Canada and routing it through New York," the lawsuit says.

"[Nygard's] destruction of innocent lives is immeasurable," it says.

"When Nygard became aware of the investigation into his sex trafficking ring, he resorted to tactics of violence, intimidation, bribery, and payoffs to attempt to silence the victims and to continue his scheme"

There is a 10-year statute of limitations for cases like this under New York law.

The lawsuit requests it be extended because the complainants "were impeded because of a combination of force, threats of force, shame, embarrassment, fear, political and law enforcement corruption, weak laws that are rarely enforced to protect the victim, and bribery."

If not some accusers may be barred from the suit. The class-action lawsuit must also be certified by a judge before it can proceed.

Nygard denies those allegations as well.

One lawsuit is from an unnamed woman who claims Nygard sexually assaulted and falsely imprisoned her while she was a minor. The age of consent in California is 18.

The incidents began, the lawsuit alleges, at Nygard's home in California in 2012 and continued during a trip to China on his private plane, in a club in New York and and while visiting Florida.

"Nygard committed sexual battery upon the plaintiff by acting with the intent to cause a harmful or offensive contact with intimate parts of the plaintiff's body," the lawsuit alleges.

"Defendant Nygard intentionally deprived Plaintiff of her freedom of movement by the use of menace, fraud, deceit and/or unreasonable durres, for an appreciable period of time."

The second lawsuit was filed by a former employee of Nygard, who says she managed a medical cannabis facility for him in Los Angeles.

The woman is named in the lawsuit, but CBC News has decided to withhold her identity because of the nature of the allegations.

She claims in her lawsuit that Nygard touched her sexually without consent on several occasions between 2016 and 2018.

Nygard "caused a harmful or offensive contact with [the woman's] breasts and/or buttocks and/or groin," the lawsuit alleges.

On one occasion, the lawsuit says Nygard said, "that her 'ass' looked amazing. He said, 'you know what they say about pregnant women.' He said 'they want it more' while making forward motion with his hips."

The lawsuit alleges the woman was ordered to invite women to attend parties at Nygard's home in California, and that he would then choose a few of them to "to stay the night with him."

"Defendant Nygard paid these women for their 'services,'" the lawsuit claims.

According to the lawsuit, the woman quit in 2018, following the alleged assaults and claims Nygard failed to pay her the salary and benefits he promised. Nygard says lawsuits filed in Los Angeles are also part of Bacon' campaign to destroy his reputation.

None of the allegations in the lawsuits have been proven in court.

3 Ireland's best places to work for 2020 have been revealed

4 Woman Gives Her Number To A Guy On Tinder, And He Won’t...

5 Today's Love Horoscopes For All Zodiac Signs On Thursday,...

6 Women Have No Idea How To Drink Water, According To Stock...