The Vita is far from the oldest platform pushing past its expiration date. Avid communities are devoted to the 38-year-old Commodore 64, 40-year-old Atari machines, almost every Sega console and Nintendo’s 3DS and Game Boys. Console gamers bond deeply with the idiosyncrasies of each device, each with its own specs and technical limitations.

“You are assured that everybody else who owns one shares the essentially same experience as you, that the machine is gonna perform the same way, that the games are exactly the same, the sounds are the same,” said Jason Scott, a tech historian who works at the Internet Archive. “So there’s a real strong sense of community among people who own a certain platform … even the console makers, I don’t think, 100 percent understand how cohesive that made these communities.”

There’s also nostalgia. “To understand that somebody going through a certain age thinks this console is part of their childhood or part of their life means that the lasting effects of it ends up being as meaningful as having come from a certain town or having gone to a certain school,” Scott continued.

In 2010, retro gaming company Watermelon released an original 16-bit role-playing game called Pier Solar and the Great Architects for the Sega Genesis (also known as the Mega Drive), which was discontinued in 1999 and is remembered as Sega’s most popular machine.

The game began as a project on Eidolon’s Inn, a now-defunct forum for old-school Sega enthusiasts, and was subsequently rereleased on the Dreamcast in 2015, 14 years after Sega’s final console was axed.

Watermelon went on to make Paprium, another Genesis title designed to be played on the original hardware. Other speciality studios like Big Evil Corporation continue work on retro projects: In 2015 the UK company crowdfunded a new Genesis game, Tanglewood, and it’s currently working on The Alexandra Project. Meanwhile, in 2020, people are still making games for the Dreamcast.

But playing on old platforms means keeping them alive in a neophilic world that fetishizes upgrades. Retro gamers and niche developers maintain the hardware needed to play these games, while professional archivists help DIYers with everything from networking and troubleshooting to digging up technical documentation.

Based in Oakland, California, Frank Cifaldi is the co-founder of the Video Game History Foundation and has made it his life’s work to preserve video game culture. The foundation’s mission includes documenting how video games are being played and finding alternative ways to preserve them. Companies like Analogue and Sega have followed this trend, fine-tuning emulators and homage hardware to replicate playing on original machines. Of course, for some purists, emulators simply won’t do -- only the original console. 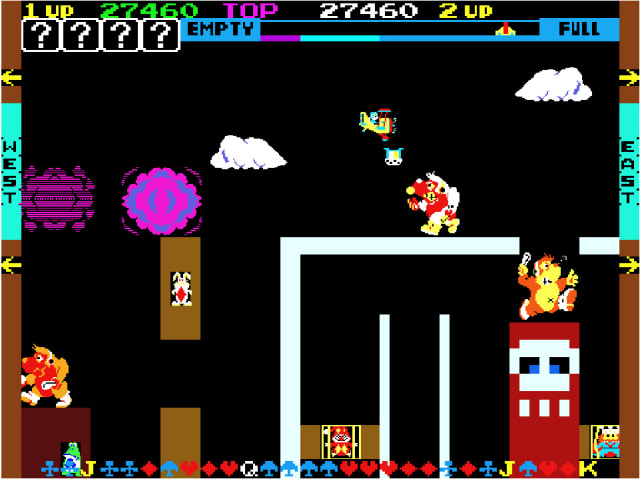 Game companies aren’t often helpful in grassroots restoration projects. But Cifaldi recalled an incident in 2016 when Nintendo -- usually known for cease and desists rather than community outreach -- allowed access to an incredibly rare artefact.

“[Nintendo of America] still had an intact arcade cabinet … for a game that they tested in the United States -- and it failed, so it never went into manufacturing -- called Sky Skipper,” he said. “And they actually let someone in the preservation community come and take photographs and scan the artwork and stuff like that from that cabinet.” In 2017, fans managed to rebuild this singular piece of arcade history.

While not all retro gamers focus on the posteric significance of these relics, preservation is a vital part of fan enthusiasm. “I often forget that one form of preservation is preserving interest in something,” Cifaldi mused.

In his experience, this can vary according to different cultural contexts. For instance, much enthusiasm for Japan’s old games and gaming systems has come from outside the country. “In Japan … the copyright laws are much more strict, and also I suspect because of that, there’s what I would call a cultural aversion to sharing a creator’s works without them being 100 percent on board with it,” he said.

Japan’s NPO Game Preservation Society is one such organization trying to archive and protect the country’s rich cultural legacy in video games. Efforts to document and save rare Japan-only releases will face an even greater challenge, and one day, this might include Gnosia. In the future, perhaps Gnosia’s first port on the Vita will become an object of curiosity for retro hobbyists.

Parents Reunite With Kidnapped Son After 32...