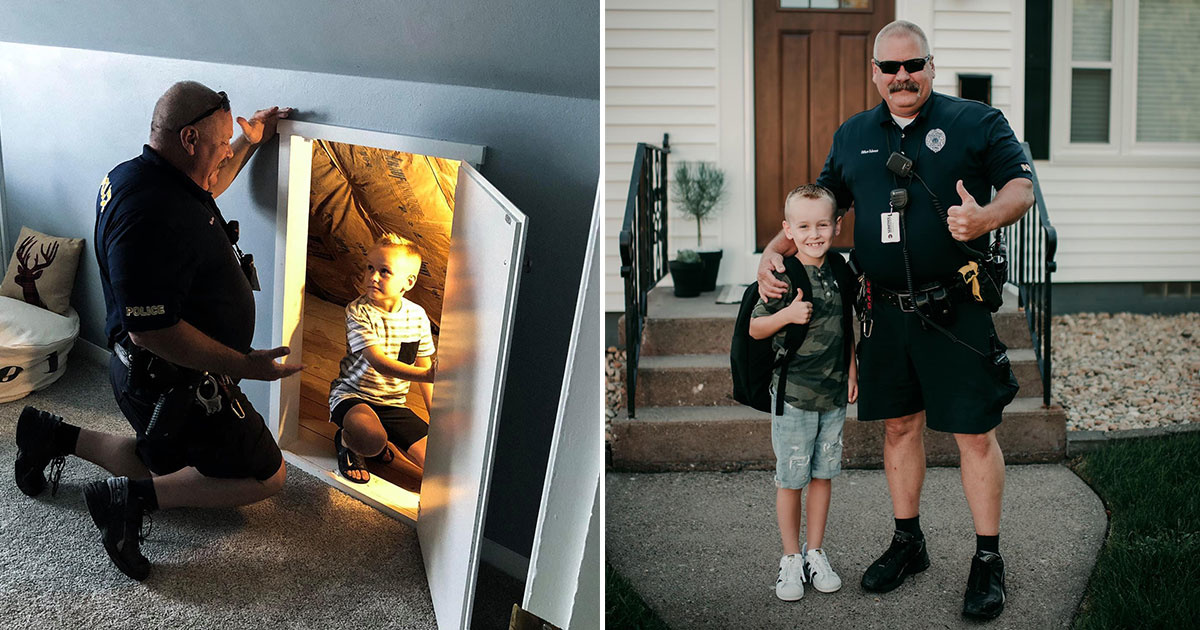 It can take time to feel comfortable in a new home, especially if you think there are scary monsters lurking about, which is why six-year-old Hayden Williams had trouble sleeping in his new room.

Hayden used to share a room with his 15-year-old sister, but when the Eldridge, Iowa family moved, each kid got their very own. While his sister was excited for the change, Hayden was having a hard time adjusting to the new arrangement.

"My little man has been having severe anxiety since we moved into the new house…I've tried everything under the sun to get him to sleep in his own room. Nothing is helping," his mom, Amanda Williams, wrote on Facebook.

The little boy even told his mom he needed help.

"He says he has something wrong with his head and that he can't stop the scary thoughts that are creeping into it. He begged me to call the police and a doctor to help him. Seriously breaks my mama heart into a million pieces," Amanda wrote.

Desperate to ease her son's fears, Amanda took him down to the local police station so he could talk to an officer. Hayden chatted with Officer Schwartz, who then decided to visit the Williams' home and show the boy there was nothing to be afraid of.

"After the talk, Officer Schwartz came over to our home to fully inspect his bedroom to assure him that there were no bad guys and that nothing in his room that would hurt him," Amanda wrote.

RELATED: Raised in foster care, this single guy paid it forward by adopting three kids of his own

Officer Schwartz' small deed made a big impact on Hayden, who awoke at 7 a.m. and told his mom he slept through the night, Good News Network reports. The officer even stopped by the next morning to see how Hayden was doing.

"Truly takes a village to raise kids right these days! I am beyond thankful that Officer Schwartz took time out of his busy day to come over and talk with Hayden," Amanda wrote.

2 Steve Martin Has Thoughts On Whether Planes, Trains And...

5 ‘Sound Of Metal’ Team On Pushing The Boundaries In Drama...

6 ‘Mank’ Cast On Transporting Into The Golden Age For David...

8 10 Brutal Truths About An Aries Man, For Better Or Worse

10 Gangstas, beats and demons: Inside the world of Dr. Dre