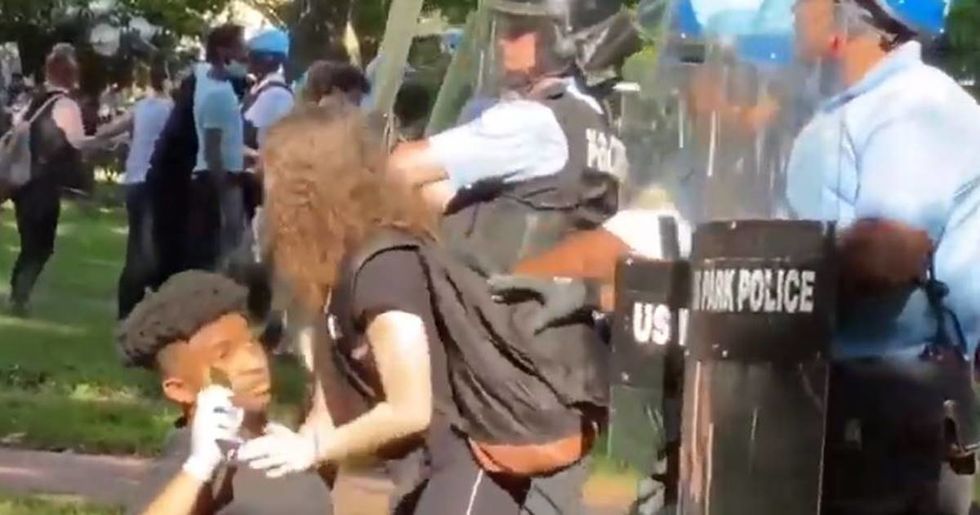 NBC reporter Shomari Stone shared powerful footage on taken at a protest in Lafayette Park near the White House on Sunday. In the video, a young black man jumps over a barricade and as law enforcement in riot gear approach, a young while girl hops over the barrier to stand between him and the police.

A person on Twitter named Monte who claims to be the young black man in the footage says the police threatened to hurt him if he didn't return to the other side of the barricade.

The incident is a beautiful display of solidarity, but it also shows the ugly side of privilege in American society.

The video went viral on Reddit where one user summed it up perfectly: "What's worse? That she instinctively knew she had to step in to protect him, or that we all instinctively know it too?"

The real face of these protests: Countless...

2 Healthcare Professional Gets Yelled At In A Gas Station...

5 This Kleptomaniac Cat Is Stealing Laundry And His Owner...