Home /
News /
Prince Harry says stepping back a 'great sadness,' but does not regret decision

Prince Harry says stepping back a 'great sadness,' but does not regret decision

Prince Harry said on Sunday it brought him great sadness that he was leaving his royal duties after agreeing with Queen Elizabeth that he and his wife, Meghan, would step down from official roles to seek an independent future.

"I want you to hear the truth from me, as much as I can share not as a prince, or a duke, but as Harry, the same person that many of you have watched grow up over the last 35 years, but with a clearer perspective," Harry said in a speech to the Sentebale charity.

"The U.K. is my home and a place that I love. That will never change."

He added: "It brings me great sadness that it has come to this." 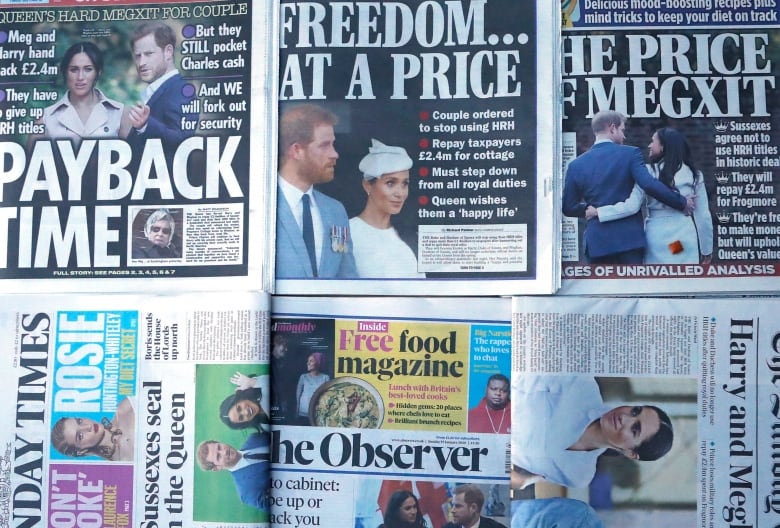 The same day, Queen Elizabeth was all smiles as she made her way to church after a momentous announcement that  Harry and Meghan would cut almost all of their ties to the Royal Family in favour of a more private life.

She was greeted by royal supporters as she entered the church near her Sandringham House estate with her son Prince Andrew.

Elizabeth, 93, has been managing a family crisis caused by Harry and Meghan's wish to spend part of their time in Canada and to completely alter their relationship with the rest of the royals. 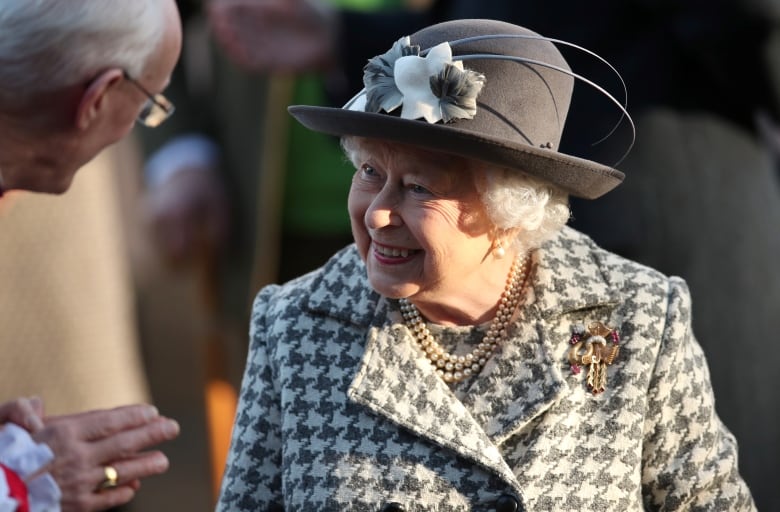 Andrew, meanwhile, has faced heated questions about his relationship with the late convicted sex offender and financier Jeffrey Epstein. The Queen's second son has relinquished royal duties and patronages after being accused by a woman who says she was an Epstein trafficking victim who was forced to sleep with the prince.

Harry and Meghan haven't yet commented on the new course of their lives expected to begin this spring. His father Prince Charles and brother Prince William have also been silent.

In a statement released Saturday evening, the Queen put the best possible face on events by saying: "I want to thank them for all their dedicated work across this country, the Commonwealth and beyond, and am particularly proud of how Meghan has so quickly become one of the family." 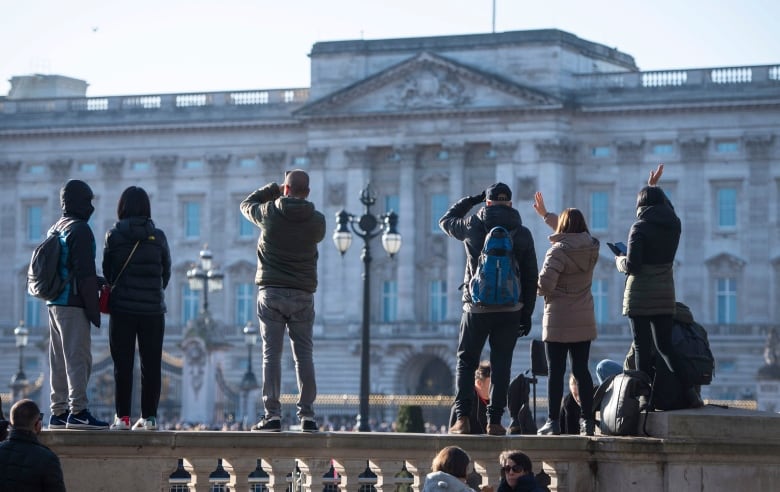 Tourists take photos outside the gates of Buckingham Palace on Sunday. (Dominic Lipinski/PA via AP)

Harry and Meghan will stop using their Royal Highness titles and will lose all access to public funds when they stop carrying out official functions. The news has been greeted with dismay in the Sandringham area, where the Queen and her family are familiar figures.

Royal watcher Rosie Viles, who waited for a glimpse of the Queen, said she wasn't shocked by the decision, but was upset.

"It's very sad that he feels that he's got to stand away from royal duties but he's obviously made that decision and I think part of that might have been to do with his mum, Princess Diana," she said, referring to the Diana's death in 1997 when she being hounded by the press. "I'm sad, but it's his decision at the end of the day and obviously the Queen has sorted it all out."

Meghan's father, Thomas Markle, accused his daughter of "cheapening" the Royal Family in part of an interview released Sunday.

Markle, who has been estranged from his daughter since her marriage to Harry, told Channel 5 news in a documentary that he believed Meghan, 38, was tossing away "every girl's dream."

Meghan is not a princess but has the title Duchess of Sussex.

"They are destroying it, they are cheapening it, they're making it shabby ... They are turning it into a Walmart with a crown of it now. It is something that is ridiculous, they shouldn't be doing this."

Prime Minister Boris Johnson, meanwhile, said he believed that the whole of Britain would want to wish the very best to Harry and Meghan.

"I think the whole country will want to join in wishing them the very best for the future," Johnson told Sky News in Berlin where he is attending a summit on Libya.

"As I said before ... I was sure that the Royal Family, which has been around a very long time, will find a way forward."

3 What Men Are Thinking When They Shower You With...

5 Ireland's best places to work for 2020 have been revealed

7 Woman Gives Her Number To A Guy On Tinder, And He Won’t...

9 Women Have No Idea How To Drink Water, According To Stock...

10 The Trials of Gabriel Fernandez director explains why the...