The island's elections commission remained silent as anger and embarrassment spread across Puerto Rico one day after hundreds of voters were turned away from shuttered centres that for unknown reasons received ballots several hours late or never received them at all.

It was the first time primaries have been halted, and led many to worry that it has cracked Puerto Ricans' confidence in their government and could affect the outcome of the November general elections on an island with a voter participation rate of nearly 70 per cent.

"That scar will never leave Puerto Rico," said political analyst Domingo Emanuelli. "It was a hold-up of the country's democracy."

On Monday, Carlos Mendez, president of the island's House of Representatives, demanded that the commission release the results of the nearly 60 out of 110 precincts where voting was able to take place on Sunday.

Gov. Wanda Vazquez Garced and other officials from Puerto Rico's two main parties have demanded the resignation of Juan Ernesto Davila, president of the election commission. He declined comment via a spokeswoman but told NotiUno radio station that he would resign once the primaries are over, saying it would be irresponsible to step down before that. 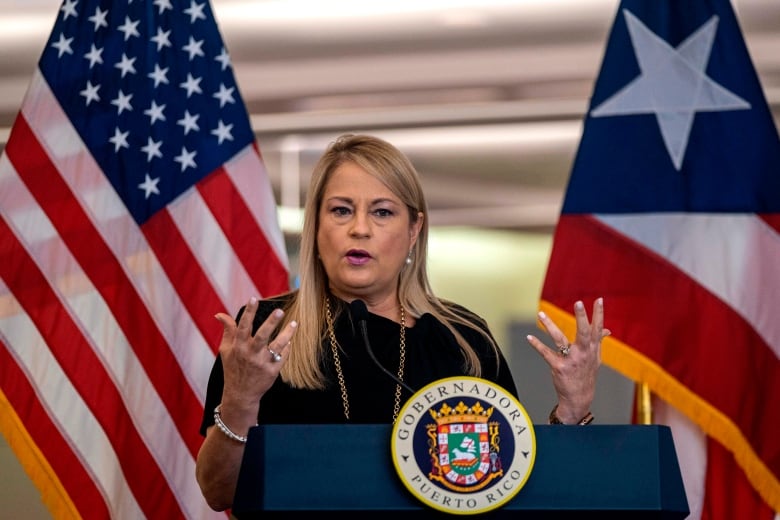 Questions about why Puerto Rico held a primary if ballots were not available and how it was possible that no one knew about the problem until it was too late remained unanswered.

The electoral commission officials for the pro-statehood New Progressive Party and the main opposition Popular Democratic Party did not return calls or messages for comment.

The primary is one of the most closely watched races in the island's history, since it features two candidates who served as replacement governors following last year's political turmoil. Vazquez faces Pedro Pierluisi, who represented Puerto Rico in Congress from 2009 to 2017.

Pierluisi briefly served as governor after Gov. Ricardo Rossello resigned in August 2019 following widespread street protests over government corruption and a profanity-laced chat that was leaked. But Puerto Rico's Supreme Court ruled that Vazquez, then the justice secretary, was constitutionally next in line because there was no secretary of state.

Meanwhile, the main opposition Popular Democratic Party, which supports Puerto Rico's current political status as a U.S. territory, is holding a primary for the first time in its 82-year history.

A federal control board that oversees Puerto Rico's finances dismissed accusations that the electoral commission did not have enough funding, saying it approved all of its funding requests.

"The disruptions ... are the result [of] inefficient organization at an agency that only two weeks ago struggled to procure the printing of ballots for an election that was originally supposed to take place on June 7," the board said in a statement. "The State Elections Commission has sufficient money, and it has more than enough staff to perform the one task it is charged with."

One has to go out and vote. The only way to fix all of this is kicking people out.​​​​​​- Gireliz Zambrana

While another primary is scheduled for Aug. 16, some expect lawsuits and legal loopholes to potentially upset those plans.

Gireliz Zambrana, a 31-year-old federal employee who didn't get a chance to vote on Sunday, said he would try again on Aug. 16 even though he is frustrated and said what happened is irrational.

Zambrana stressed that Puerto Rico's situation had to change: the island is still struggling to recover from Hurricane Maria, a series of strong earthquakes amid a pandemic and a 13-year economic recession.

"One has to go out and vote," he said. "The only way to fix all of this is kicking people out."

5 Big Mac to be available for €2 on McDonald's app