Regal Cinemas is taking over the cinema space occupied by the Arclight Sherman Oaks in Sherman Oaks, CA.

Regal will reportedly sink $10M into renovating the cinemas bringing it up to date on par with its Regal Irvine Spectrum which reopened last fall for Tenet. Regal recently opened a brand spanking new multiplex in North Hollywood, six miles East of Arclight Sherman Oaks. The new Regal at Sherman Oaks will have 4DX, PLF screens as well as ScreenX which is a three-screen wraparound auditorium (Regal already has one at their Valencia Town Center location in Valencia, CA). Both Regal and Douglas Emmett acknowledged the new lease in the L.A. Times report. 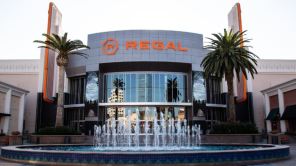 The Sherman Oaks Arclight was one of the chain’s top five earning locations in 2019 with an annual B.O. gross per sources of $9.5M behind the Arclight Hollywood/Cinerama Dome ($15.3M), The Pacific Grove ($12.3M), The Pacific Glendale ($11M), and the Pacific Winnetka in Chatsworth, CA ($10.1M). The Sherman Oaks cinema, much like the Hollywood Arclight, was a place where several awards season screenings and Q&As would take place. Regal would be wise to cash in on that business.

Deadline first reported that parent company Decurion was shuttering Arclight Cinemas and Pacific Theatres after being upside down with their leases. Many of those in distribution circles say that the Forman family, which operated Arclight and Pacific, will hang onto the Hollywood Arclight/Cinerama Dome site, which they own, and reopen the venue at a later point in time. Their Pacific Grove and Glendale leases are going to No. 1 exhibitor AMC. On Friday afternoon, we reported that Pacific Theatres Exhibition Corporation was filing Chapter 7 bankruptcy, and liquidating their projectors, popcorn machines, seats, etc. as well as their Winnetka site which they reportedly own.

Among those Arclight-Pacific leases left over and up for grabs are its Los Angeles County sites Arclight Pasadena, Arclight Beach Cities; Arclight Culver City, and Pacific Northridge as well as its frosh Boston locations.

Not in my palace! As king, Charles will not let...