The German hospital treating Russian opposition leader Alexei Navalny for poisoning said Wednesday that his condition improved enough for him to be released, and suggested a "complete recovery" from the nerve agent was possible.

Navalny, 44, spent 32 days in treatment in Berlin's Charite hospital, 24 of which were in intensive care, before doctors deemed his "condition had improved sufficiently for him to be discharged from acute inpatient care."

The hospital said that based on Navalny's progress, treating physicians believe that "complete recovery is possible," but added that it "remains too early to gauge the potential long-term effects of his severe poisoning."

Navalny, the most visible opponent of Russian President Vladimir Putin, was flown to Germany two days after falling ill on Aug. 20 on a domestic flight in Russia.

German chemical weapons experts have determined he was poisoned with the Soviet-era nerve agent Novichok — findings corroborated by labs in France and Sweden.

During his convalescence, Navalny has in recent days been posting regular photos from the hospital on Instagram, first showing him sitting up in his bed surrounded by his family, then up and about in the building.

In a wry post Tuesday night accompanied by a close-up photo, he scoffed at reported comments by Putin suggesting he might have intentionally taken poison himself. 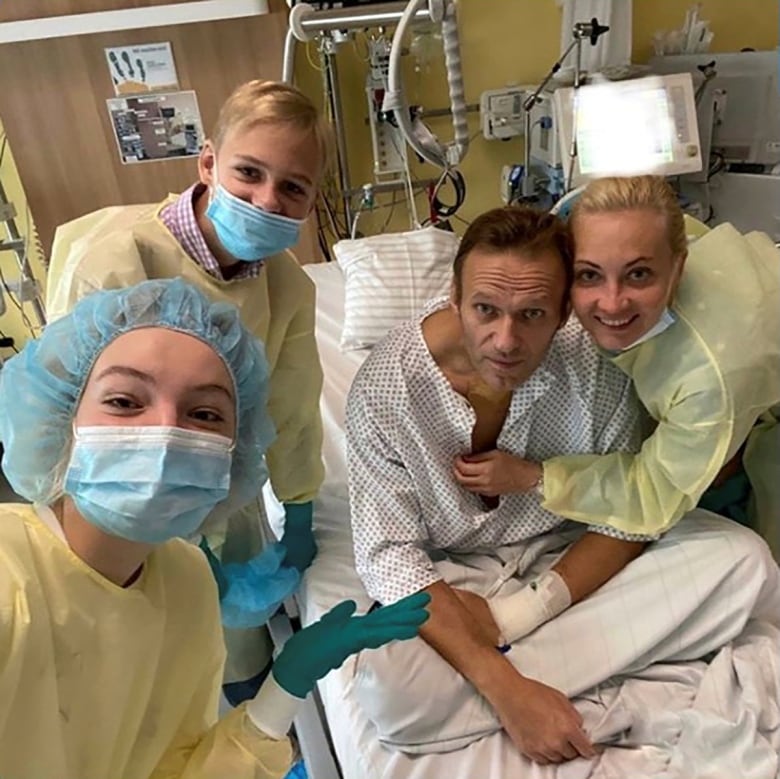 Navalny and his family members pose for a picture at Charite hospital following his reawakening from a medically induced coma that lasted for more than two weeks. (Navalny/Twitter/Reuters)

"Good theory, I believe it deserves the most careful attention," Navalny wrote in Russian.

"Cooked Novichok in the kitchen. Took a sip from a flask on the plane. Fell into a coma."

He sarcastically said then the "ultimate aim of my cunning plan" was to die in Siberia, where the cause of death would be "lived long enough."

"But Putin outmaneuvered me. You can't fool him," Navalny wrote. "As a result, I lay in coma for 18 days like a fool, but didn't get my way. The provocation failed!"

The nerve agent used in the attack was the same class of Soviet-era agent that Britain said was used on former Russian spy Sergei Skripal and his daughter in Salisbury, England, in 2018, and Chancellor Angela Merkel and other world leaders have called for Russia to fully investigate.

Navalny was kept in an induced coma for more than two weeks as he was treated with an antidote. Members of his team accused the Kremlin of involvement in the poisoning, charges that Russian officials have vehemently denied.

Russia has bristled at the demands for an investigation, saying it needs Germany to share medical data or compare notes with the Russian doctors who said they found no trace of poison in his system while he was at a hospital in the Siberian city of Omsk.

Germany has noted that Navalny was in Russian treatment for 48 hours, and that Russia has its own data. 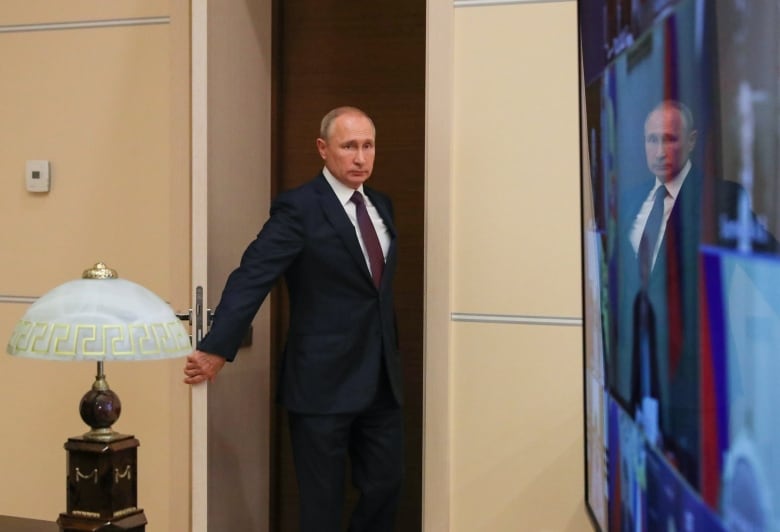 Germany has also enlisted the Hague-based Organization for the Prohibition of Chemical Weapons for technical assistance in the case.

Results have not yet been announced.

The Charite statement was released in consultation with Navalny and his wife, and the hospital would not comment further on whether he would continue to receive outpatient care there.

Navalny's team has said he eventually plans to return to Russia, but had no immediate statement after his release from the hospital.