On May 16, the Academy Award-nominated actor, screenwriter, producer and comedian will become the fourth recipient of the award, which honors an actor who has made incomparable contributions to the world of comedy. Past honorees include Melissa McCarthy, Kevin Hart and Will Ferrell. 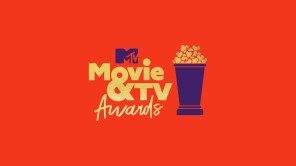 Known for his creation and portrayal of iconic characters, including Ali G, Borat Sagdiyev, Brüno Gehard and Admiral General Aladeen, Baron Cohen has starred over the course of his career in films including Hugo, Les Miserables, Talladega Nights, Sweeney Todd, the Madagascar series and more.

The 2021 MTV Music Awards, hosted by Leslie Jones, will be a two-night event kicking off live in Los Angeles on Sunday May 16 at 9 p.m. ET/PT. Last year’s ceremony was canceled, due to the coronavirus pandemic, with a retrospective airing in December.

A free-to-play The Division game is on the way