Meanwhile, the HW-Q800A has a 3.1.2 channel configuration and is compatible with wireless surround sound systems. Both models have built-in Alexa and come with Dolby Atmos, HDMI eARC and DTS:X support. Aside from SpaceFit Sound, they also come with Samsung’s other soundbar- and audio-releated features, such as Q Symphony and Game Mode Pro. The former enables audio from the soundbar and the TV's speakers at the same time, while the latter enables the device to deliver more immersive sounds when it detects a console.

Samsung has yet to announce pricing and availability for the models. The HW-Q950A will most likely be quite pricey, seeing as the HW-Q950T cost $1,800 when it launched. Samsung’s HW-Q800A will probably be the more affordable option and could have a price that’s more similar to its predecessor’s, the Q800T’s, which had a $900 launch price. 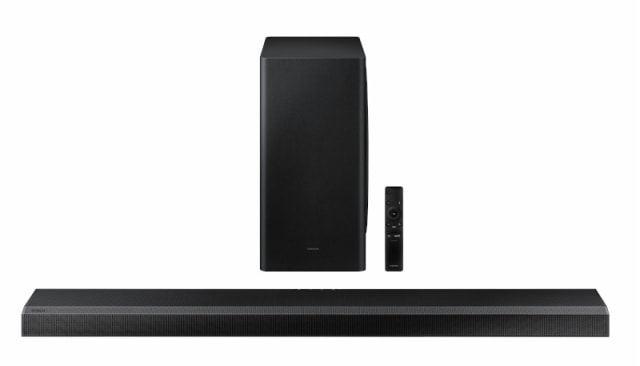 The HW-Q800A with wireless subwoofer and remote

What Is Regex? A Guide to Understanding Regex...