SPOILER ALERT: The story includes a detail about the Season 4 premiere of CBS’ SEAL Team.

CBS’ military drama SEAL Team returned for its fourth season tonight, and the premiere served quite a shocker, marking the farewell as a series regular of the show’s female lead, Jessica Paré.

In the season opener, Paré’s Mandy Ellis makes the decision to leave the unit after returning from the latest mission in Afghanistan.

“It’s not who I want to be,” she told David Boreanaz’s Jason Hayes. “If I don’t walk away now, I’m going to lose myself forever. And if I stay, you’re going to talk me out of it.”

In a statement, SEAL Team executive producer/showrunner Spencer Hudnut explains the reason behind Paré’s surprise exit and the way she will stay close to the show. 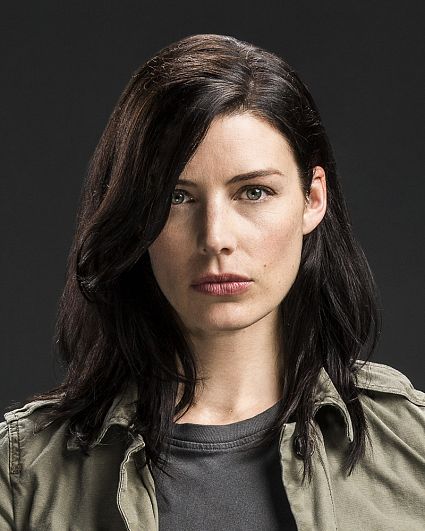 “Our show strives to be as authentic as possible to the experiences of our service members, and similar to real life, SEAL Team units change and evolve so in our show some of the characters move on as well,” he said. “Over the last 3 seasons, we’ve seen how war takes a toll not just physically but mentally and emotionally. In this new 4th season, many of our characters will be at a crossroads and confronting tough decisions in their careers. For Mandy’s story arc, it was finally time for her to retire and leave this life of service, but this does not mean we won’t potentially see her again later. On a personal level, we love Jessica and she has and will always be an integral part of the SEAL Team family. And we are excited to announce that she will actually be coming back behind the camera as a director for an upcoming episode this season, and this will be her directorial debut.”

This is reminiscent of the shocking exit of another lead of a CBS drama, The Good Wife’s Josh Charles, who also returned to direct an episode later that season.

As for unexpected series regular exits in season premieres, CBS delivered one of the most talked about ones with the departure of Blue Bloods‘ Amy Carlson.

10 ‘Mank’ Cast On Transporting Into The Golden Age For David...