Refresh for latest…: Sony Pictures Entertainment saw its full-year 2020 profits rise 21%, to $762M, despite a 25% decrease in sales to $7.2B. Both are results of the impact of the coronavirus. With movie theaters shut around the world for a large portion of the year, and amid a production slowdown, revenues were affected. Conversely, lower spend on theatrical marketing and higher home entertainment sales had a positive effect on profits.

Overall, Sony Corp logged a record $10.7B in net income for fiscal 2020, a 101% increase over the previous year thanks in part to the Games and Networks Services, Music and Film divisions. Still, the company, which unveiled the results in Tokyo on Wednesday, is cautious about the coming year, forecasting a roughly 4% profit loss due to expected decreases in Music and Games among other segments which will be partially offset by increases in other areas including Pictures. 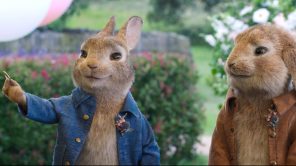 Columbia Pictures Looking ahead, Sony Pictures Entertainment is forecasted to see a 50% increase in sales for fiscal 2021 to 1.14 trillion yen ($10.5B), but just a 3% jump in profits. The small hike is expected in relation to support of upcoming theatrical releases which include Peter Rabbit 2: The Runaway in June (the sequel has already been performing strongly in Australia) and Hotel Transylvania: Transformania in July, followed by Venom 2, Ghostbusters: Afterlife and Spider-Man: No Way Home rounding out the year.

Games and Network Services reported profits of 342.2B yen ($3.14B) up 44% from the previous year. Earnings were boosted by increased game software sales and network services sales, mainly from PlayStationPlus. However, Sony reported a loss resulting from strategic pricing of PlayStation5 hardware which was set at below the manufacturing costs as well as general administrative costs related to the launch. PS5 rolled out at the end of 2020. Sony is eyeing a 9% increase in sales for fiscal 2021, but a slight dip in profits. The company noted that there’s been difficulty in supply being able to meet demand. 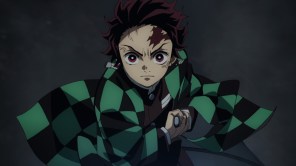 Aniplex The Music segment saw strong hikes with sales up to 940B yen ($8.6B), an 11% year-on-year increase. This is where the impact of runaway smash Demon Slayer – Kimetsu No Yaiba – The Movie: Mugen Train is felt as anime business sales fall within the Music umbrella and Sony’s Japan-based subsidiary Aniplex co-produced the pic whose global gross was an estimated $457M through Sunday. Operating income in the segment grew to $1.7B. The forecast here is for slightly higher sales in 2021 with a dip in profits.