EXCLUSIVE: Theatres may be closing again at a rapid pace, but the power of being on Netflix during this worldwide pandemic  certainly appears to be good news for those whose awards hopeful films have been debuting on the streaming service at virtually a weekly pace. 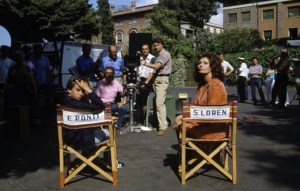 Loren and Ponti on set of Qualcose Di Biondo, 1984

For cinema legend  Sophia Loren that means the biggest opening of her seven decade career.  Returning to feature films for the first time since a supporting turn in Nine a decade ago, and her first leading role in much longer than that, her new movie The Life Ahead directed by her son Edoardo Ponti has hit the top ten of all Netflix offerings  over its first week in 37 countries  including the U.S. , Italy, Spain,  Romania, Portugal, Mexico, Colombia, Poland,  Greece,  France, and Brazil among others. The Italian language film has won critical acclaim for both it and its star and currently stands at 94% fresh at the reviews aggregator Rotten Tomatoes. It is  also generating Oscar buzz for Loren who could be looking at her first nomination since 1964’s Marriage Italian Style (she won Best Actress in 1961 for Two Women).  This early viewership certainly won’t hurt its cause. Netflix is notoriously shy about releasing actual viewing numbers but sources there are touting this as a global success thus far. For Loren it is by far the biggest opening, with the widest reach any of her films has ever had upon launching.

In the film Loren plays Madame Rosa who now takes care of children of women she used to work the streets with. When one boy, Momo steals a pair of candlesticks from her, the two soon form a life-changing relationship.

“We made La Vita Davanti a Se with all our heart and soul The fact that it has touched the hearts and souls of so many people around the world fills me with immense gratitude and great pride for Italian cinema,” Loren said.

“I am overwhelmed  and overjoyed by the outpouring of love this film has received worldwide. For our film to be ranked in the top 10 in so many countries , including America, is a testament to the beauty and the global spirit of Italian cinema,”  said Ponti. 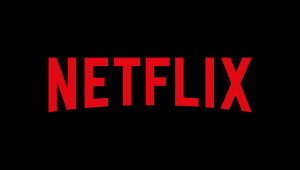 After its well-received premiere last month of Aaron Sorkin’s Trial Of The Chicago 7, Netflix continues with a full slate of awards hopefuls through the end of the year and beyond with director Ron Howard’s Hillbilly Elegy debuting for streaming on Tuesday; David Fincher’s Mank on December 4; Ryan Murphy’s musical The Prom on December 11; Viola Davis and Chadwick Boseman in Ma Rainey’s Black Bottom on December 18; and George Clooney’s The Midnight Sky on December 23.  Pieces Of A Woman starring Venice Film Festival winner Vanessa Kirby; Ramin Bahrani’s The White Tiger; and the Zendaya/John David Washington drama Malcolm & Marie also are slated to debut in early 2021 in time to qualify  for this year’s extended awards season’s eligibility period through February 28th.

The Weeknd had the most bizarre costume at the...

5 2 Friends Find A Cat Buried In The Snow, Only To Discover...

7 Netflix picks up an animated movie from 'Into The...