Sophie Turner and Joe Jonas were quick to walk off their Thanksgiving feast while on their usual neighborhood stroll with four-month-old daughter Willa.

On Friday, the Los Angeles-based couple put on their usual doting display as they walked around the block with a stroller in tow.

Taking to her clothing to broadcast a message, the 24-year-old Game of Thrones actress wore a sweatshirt that said ‘Empathy,’ as she strolled next to her 31-year-old husband. 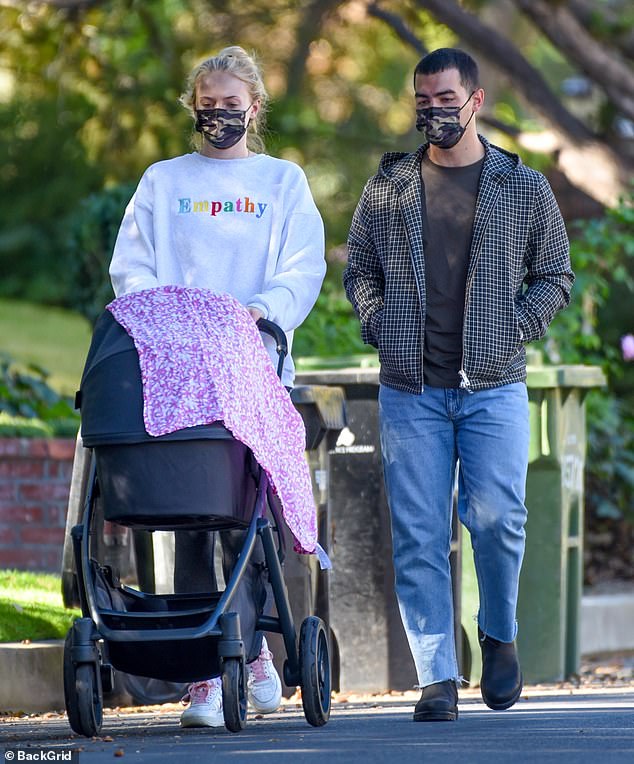 Empathy: Sophie Turner, 24, and Joe Jonas, 31, took newborn daughter Willa out for their usual neighborhood stroll as the Game of Thrones actress rocked a sweatshirt that said ’empathy’ while pushing a stroller

Dressed in charcoal leggings and a pair of white Nikes with pink laces, Turner put on a colorfully cozy display for the outing to match her sweatshirt’s rainbow writing.

Jonas walked beside her in jeans and a T-shirt, throwing on a pair of brown boots and a checkered jacket as he fastened his hands in his pockets.

Both were masked up for the walk despite being only a few blocks from home as COVID-19 cases continue to surge nationally forcing Los Angeles into a second lockdown that prohibits outdoor dining. 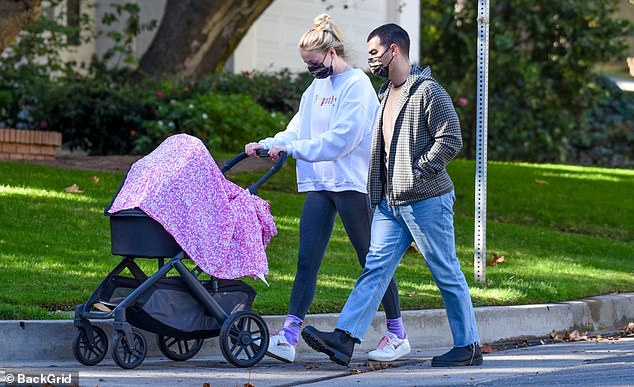 Family unit: After celebrating their first Thanksgiving with their newborn daughter the pair looked at ease as they strolled around the neighborhood

Despite only giving birth a mere months ago, reportedly the pair are loving family life so much they already want another child.

A source told Us Weekly yesterday that the Jonas Brothers hitmaker and his wife are ‘already trying to have another baby.’

‘They are really excited to expand their family. Having the baby has made them really close and want to have a large family together,’ the insider said.

Recently Sophie etched her undying love for her baby girl on her wrist as fans spotted a small ‘W’ for Willa on her wrist next to a ‘J’ for Joe. 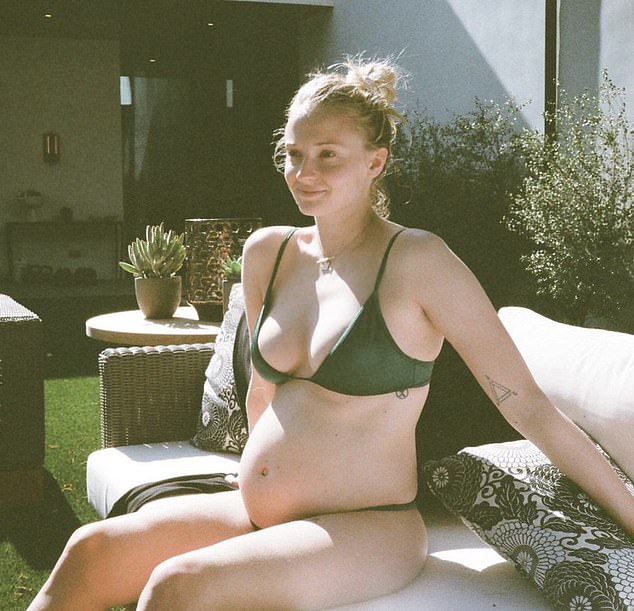 Baby #2: An insider shared yesterday that Turner and her husband of a year are already wanting a second child despite only giving birth in July

Turner kept the majority of her pregnancy a secret and never even confirmed the news that she was expecting despite being photographed out with a growing bump.

The couple got married in May of 2019 after two years of dating at a Las Vegas chapel and subsequently had a formal wedding in France a month later.

Recently the family has been gearing up for Christmas with the Jonas Brothers releasing their song I Need You Christmas just days before Halloween had even hit. 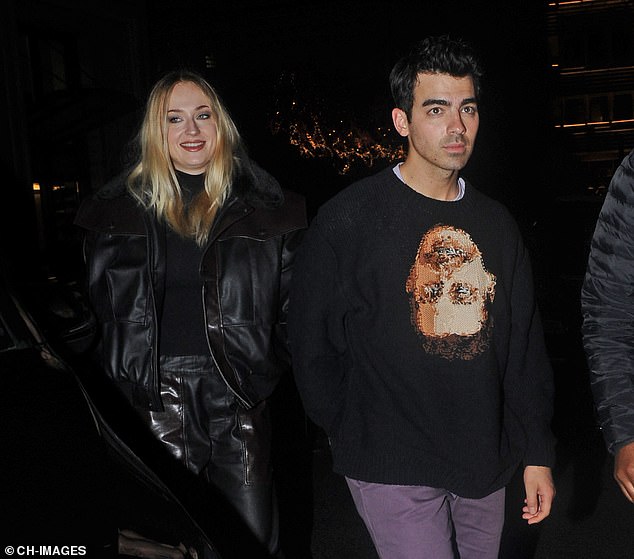 To the future: A source said that daughter Willa has only improved their strong relationship and made them ‘really close,’ prompting them to want to expand their family quickly

4 ‘Judas And The Black Messiah’ Cast And Director Say The...

8 Apple warns against putting an iPhone 12 too close to...