Stassi Schroeder announced she and then fiancé Beau Clark were expecting a baby girl during a gender reveal in late June.

And now, nearly five months on, the former Vanderpump Rules star took to Instagram to share a naked photo of herself with just a white sheet covering up her growing baby bump.

In the image, Schroeder has the glow only an excited mother-to-be can have as she approaches the last phases of her pregnancy.

Despite holding the white sheet, the Louisiana native still gives a hint of her derriere while flashing a confident grin.

She has her blonde tresses styled long, but pushed back off her face with a part on the slight right. 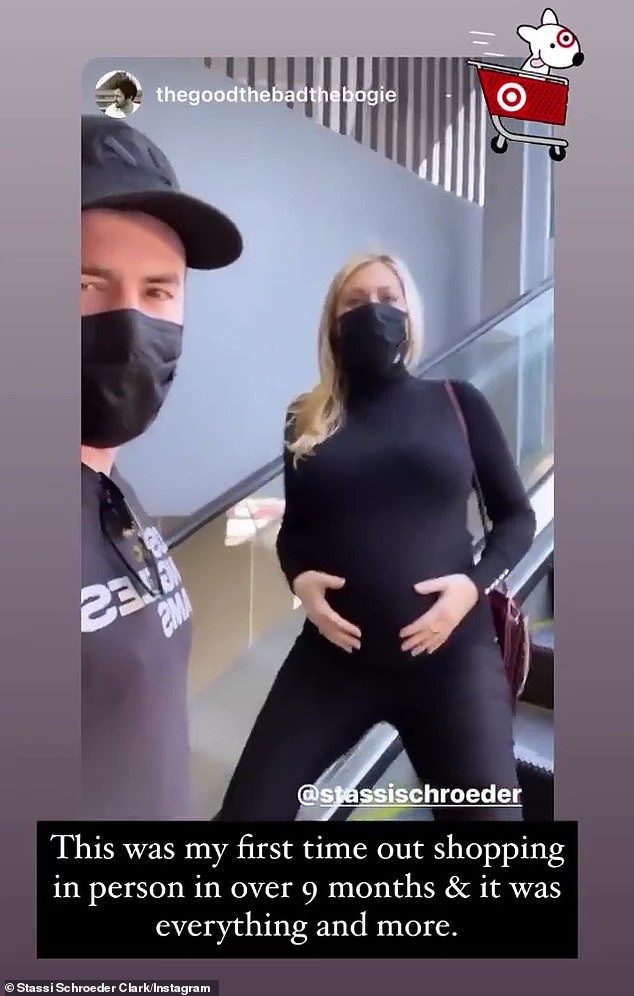 Free as a bird! The former Vanderpump Rules star bragged about going out shopping for the first time in nine months on Thursday, in a video shot by husband Beau Clark 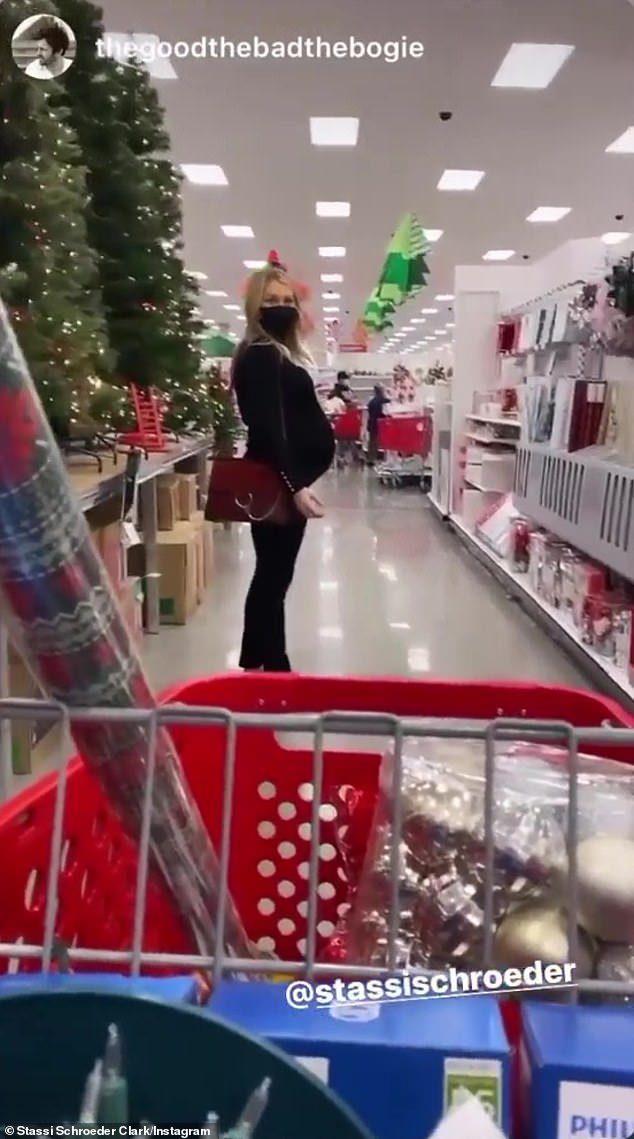 It’s looking a lot more like Christmas: The couple spent time shopping at a Target store where they checked out Christmas decorations 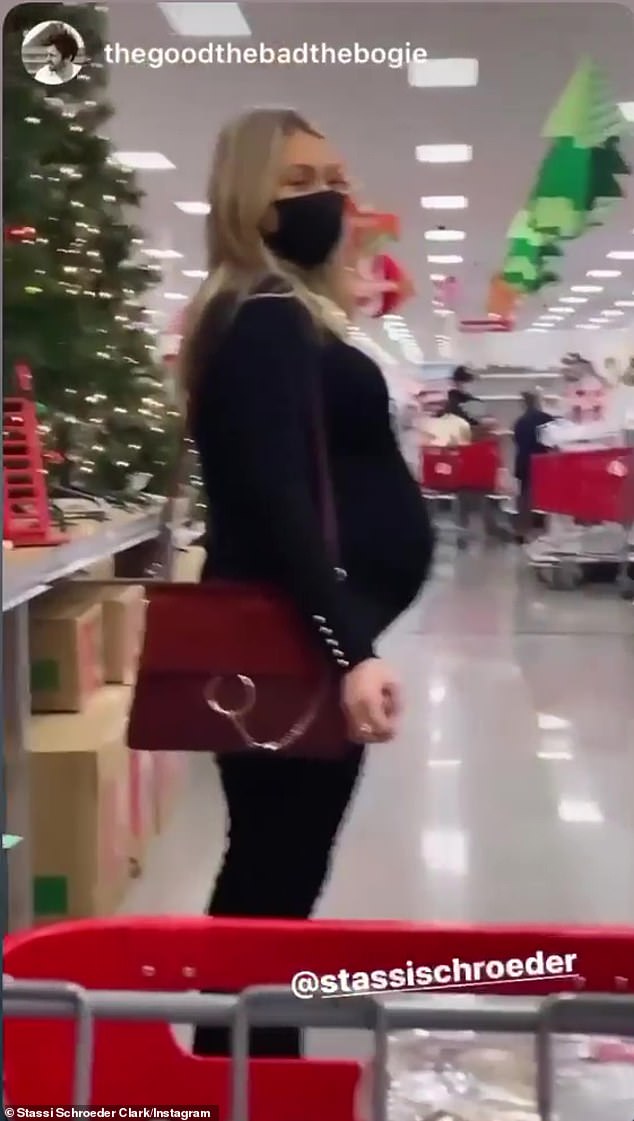 Earlier on Thursday, Schroeder and husband Beau Clark took a trip to a local Target to do some Christmas shopping that they documented on Instagram.

‘This was my first time out shopping in person in over 9 months & it was everything and more,’ the former reality star wrote across a couple of short clips she posted on her Insta-Story.

‘I don’t care that I don’t have any money right now. I’m going to spend so much money,’ she revealed with excitement while dressed in an all-black fitted ensemble while going up an escalator. 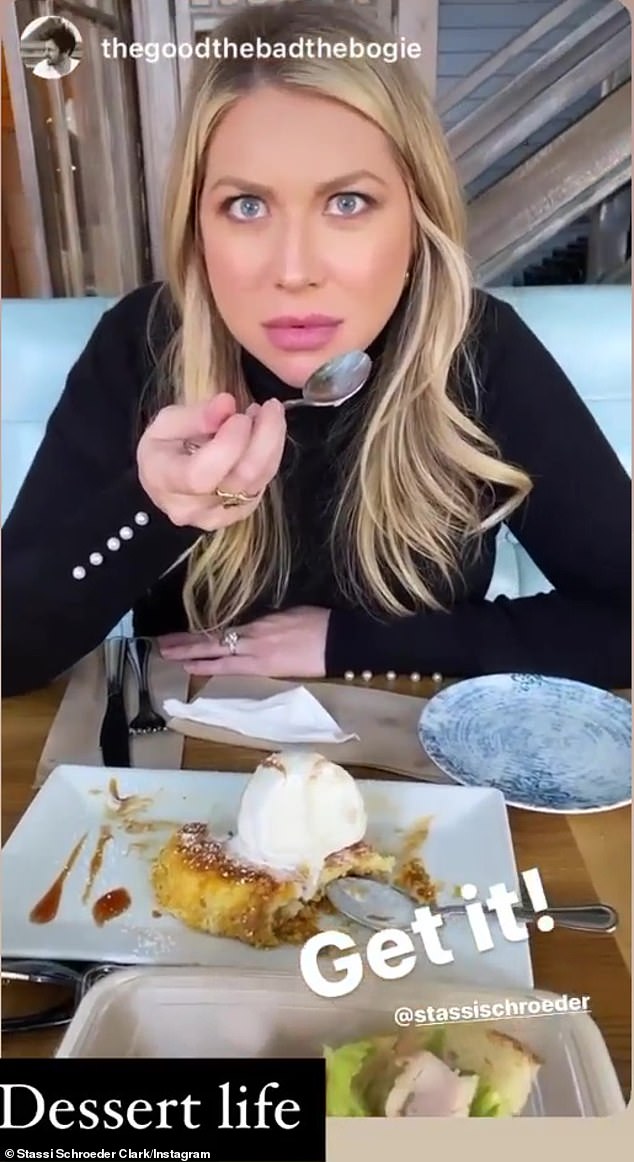 Sweet fix: Clark also shot video of his wife eating desert during a break from shopping

There’s also some images of the couple checking out all the Christmas decorations, which Clark called: ‘Her favorite aisle.’

Afterwards, Schroeder gave her 2.2 million fans and followers a glimpse at some of the items she bought during her shopping spree, which included maternity cloths, over-the-counter medications, holiday wrapping paper, decorations, and candy, among others.

Clark also shot video of his wife eating desert during their afternoon excursion, which was followed up by video of the casting agent being filmed listening to Christmas music at home on his own.

The couple got engaged in July 2019 after about two years of dating. After changing plans due to the coronavirus crisis, they went on to tie-the-knot in a small ceremony this past September. 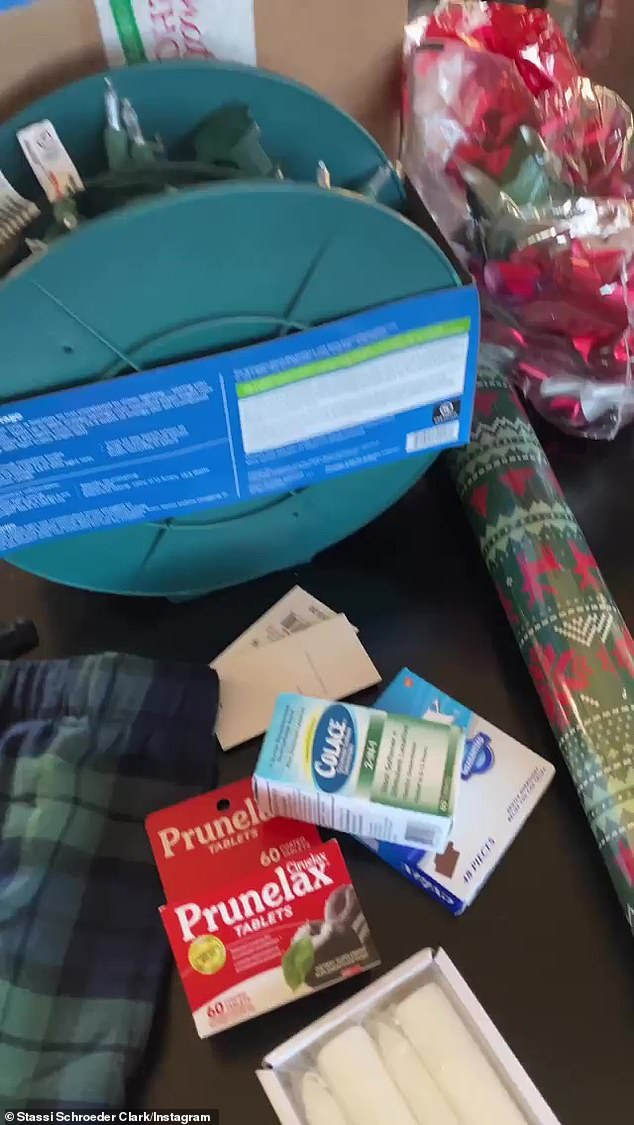 Lay of the land: Schroeder gave her 2.2 million fans and followers a glimpse at some of the items she bought during her shopping spree, which included maternity cloths, over-the-counter medications, holiday wrapping paper, decorations, and candy 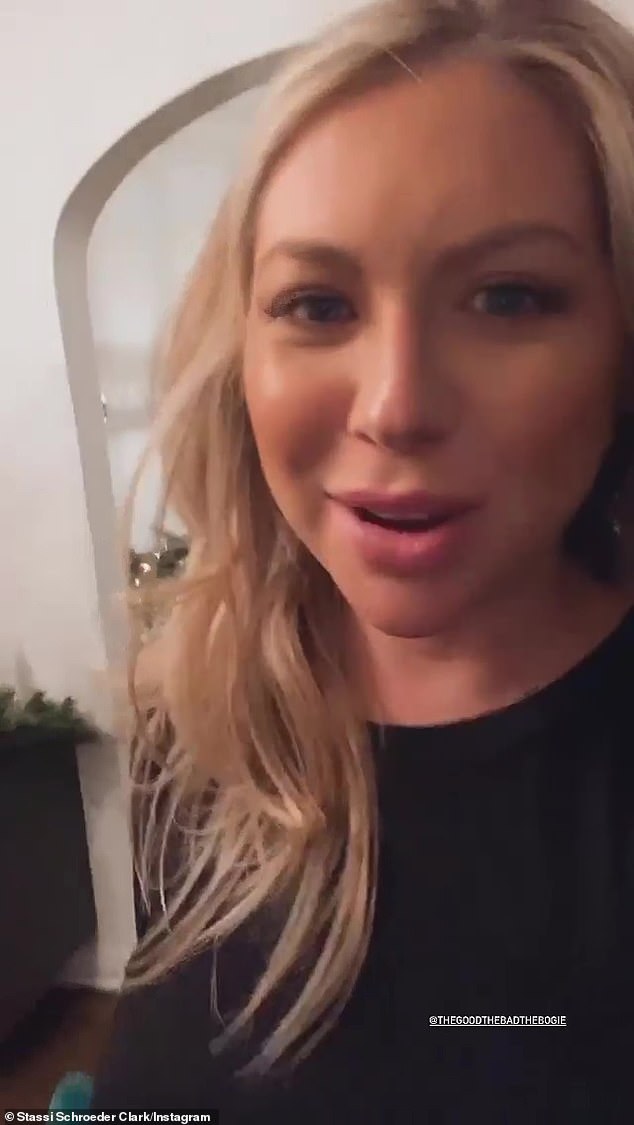 X-mas cheer: The Louisiana native announced she heard her husband listening to holiday music on his own in another short video she posted on her Insta-Story 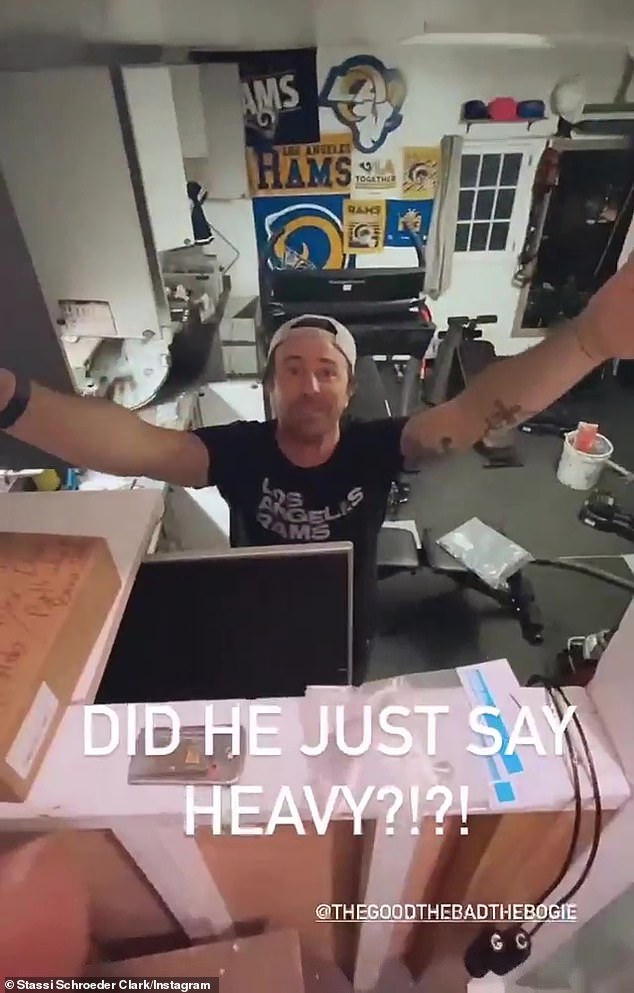 Busted: Schroeder thought she’d surprise Clark when he was listening to Christmas music, but he confessed he could hear her coming down the hall because she’s walking ‘heavy’ due to her pregnancy; the couple announced they’re having a baby girl during a gender reveal  in June

3 Trump Says He Will “Certainly” Leave White House If...

4 Guy On Instagram Shares A Video Capturing A Secret ‘Crew...

5 Former Home and Away star Kyle Pryor sheds light on his...