Home /
Entertainment /
Steve Way: What I Want My Role in ‘Ramy’ to Change in Hollywood

Steve Way: What I Want My Role in ‘Ramy’ to Change in Hollywood 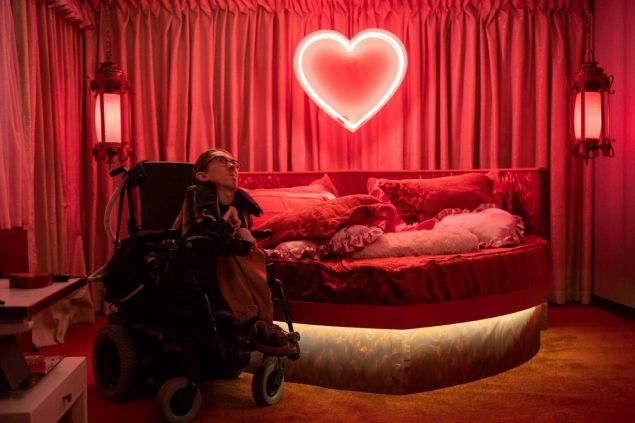 Actor and comedian Steve Way, as he appears in Hulu’s Ramy, which was just nominated for several Emmy awards this week. Craig Blankenhorn/Hulu

Before I was on TV, people would think I was Stephen Hawking. Multiple times, even after he died, I would get asked, “Aren’t you that genius?” I said yes every time, but it felt weird to be mistaken for someone else, especially since Stephen Hawking looked way more disabled than I do. It made me question if I actually looked like the professor or if people thought all wheelchair-using disabled people looked alike. I settled on the latter, but the more I did, I began to question society’s perception of people with disabilities.

Now, as an actor on Ramy, people come up to me all the time and say that they love my work. They tell me how funny I am, and some say I’m their favorite character. I’m truly humbled by every interaction I have with a viewer of the show, even when people on Twitter call me the most annoying character in the history of television. What touches me the most is when someone with a disability tells me how refreshing and relatable it feels to finally see someone on TV that looks like them. As happy as this makes me, part of me gets angry and upset.

I can probably count on one of my barely functioning hands how many other shows are on television right now that have actual disabled actors. As of 2018, American streaming services had only 11 disabled characters that were played by disabled actors. That’s 11 roles to represent the 61 million Americans (1 in 4) who live with some type of disability. While this number has gone up, it’s still shamefully low. For movies, it’s even worse. Despite major pushback from the disabled community against recent flicks like Me Before You and The Upside, we were served yet another example of disabled mimicry with Come As You Are. This egregious case has a whopping three disabled characters played by non-disabled actors.

EARLIER: ‘How Does That Make You Feel?’ Camrus Johnson on Race and Black Lives Matter

This is a problem for many reasons. First, it takes jobs away from hardworking disabled performers who can portray their stories better than Eddie Redmayne ever could. This is mostly because of industry execs who think that disabled people can’t film long days, will be perceived negatively by viewers, or just aren’t good enough. Second, it prevents actual disabled stories from being told. When a non-disabled writer writes from his skewed perspective, you end up with multiple movies about disabled guys who just want to kill themselves or lose their virginity. Finally, all of this combined perpetuates harmful and negative stereotypes of disabled people. When viewers watch things like this, they come away thinking we’re charity cases who are burdens incapable of finding love, just think about death and spend all day daydreaming about walking. 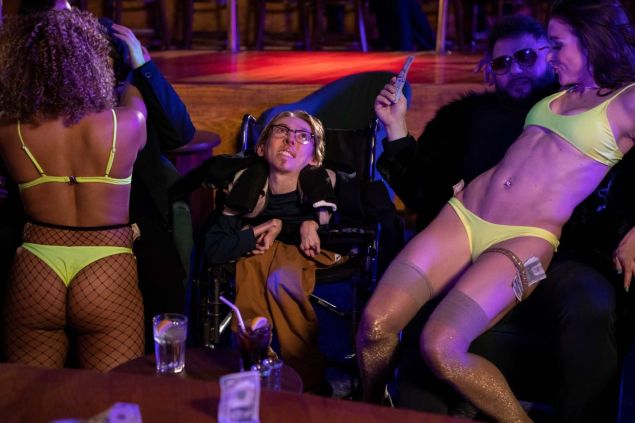 Steve Way, as he appears in Hulu’s Ramy. Craig Blankenhorn/Hulu

But what I struggle to put into words is how special I feel to be one of the few disabled performers working, especially on such a groundbreaking and critically acclaimed show. Knowing that I’m telling stories of the disabled community that have never been seen on television before is probably the most rewarding feeling I’ll ever have. I can’t describe how it feels to see my hard work from the last ten years paying off in a way that affects millions of people. I’ve always been open and honest about my disability, but I never thought I’d be able to give the entire world a view into my life. It’s truly surreal, but we have a lot of progress to make.

If you were to substitute “non-disabled actor playing disabled role” with another marginalized group, there would rightly be an uproar, but sadly this representation gets a pass with mainstream audiences. It shouldn’t have taken this long for someone who looks like me to be a major supporting character on a TV show. Disabled creators have been asking for the chance to showcase their talents for decades but have been denied because of accessibility barriers, ignorance and discrimination. Still, I am eternally grateful for the opportunities I’ve been offered by Ramy, Hulu, and A24. If I can open the door for more disabled performers to tell their stories, then that will be worth more than any award.*

*Nah, give me those awards.

Steve Way is a comedian and actor who stars in Hulu’s Ramy, which has just been nominated for several Emmy awards. This piece has been expanded from “Ramy & Me” which was originally published on Medium.

August Reads: The 5 Most Anticipated Books...

8 Wife Publishes An Obituary For Her Late Husband Who Died...

10 Demand for Trump's tax returns justified over reports of...