George Floyd's scuffle with police, along with Derek Chauvin's knee pressed into his neck, was too much for his underlying heart condition and caused the death of the 46-year-old Black man, the local county's chief medical officer told a Minneapolis court on Friday.

"[The adrenaline is] going to ask your body for more oxygen so that you can get through that altercation," said Dr. Andrew Baker, the Hennepin County medical examiner who conducted the autopsy on Floyd and ruled his death to be a homicide.

Baker's testimony marked the 10th day of the murder trail of Chauvin, a former Minneapolis police officer who is facing trial on charges of second-degree unintentional murder; third-degree murder; and second-degree manslaughter in connection with the death of Floyd.

"And in my opinion, the law enforcement subdual restraint and the neck compression was just more than Mr. Floyd could take by virtue of those heart conditions," Baker said.

Baker's testimony veered somewhat from what the court had previously heard from other medical witnesses called by the prosecution.

Floyd died on May 25, 2020, after Chauvin, who is white, pressed a knee on the back of his neck for around nine minutes as two other officers held him down.

The outcome of the high profile trial is being closely watched after video of the arrest of Floyd captured by a bystander prompted widespread outrage, setting off protests over race and police brutality across the U.S. and around the world. 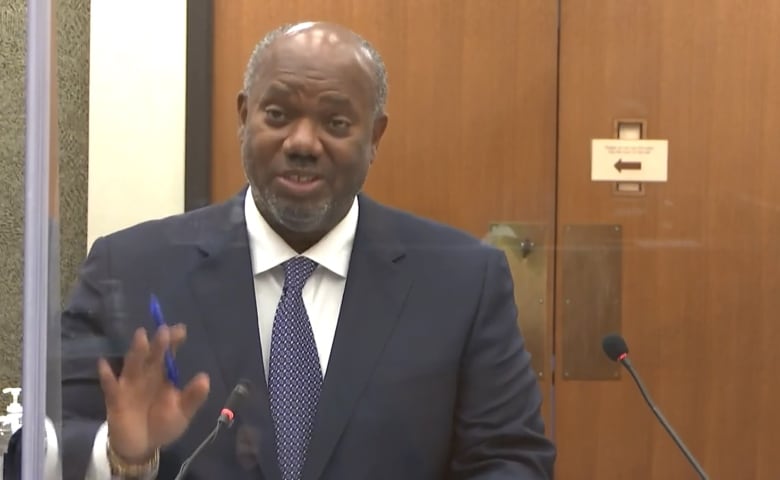 The prosecution says Chauvin pressing his knee into Floyd's neck while detaining him on suspicion of using a counterfeit bill at a convenience store, caused his death. But the defence argues Chauvin did what his training taught him and that it was a combination of Floyd's underlying medical conditions, drug use and adrenaline flowing through his system that ultimately killed him.

The court has so far heard from prosecution medical experts, including a leading lung specialist, who have testified that Floyd died from asphyxia — or insufficient oxygen — because of the actions of police. Baker has not ruled asphyxiation to be a cause of Floyd's death.

Previous witnesses had significantly downplayed Floyd's pre-existing medical conditions and drugs found in his system as playing a role in his death.

However, Baker reaffirmed the findings of his autopsy report. He said those elements were contributing factors, though not the primary cause of death. 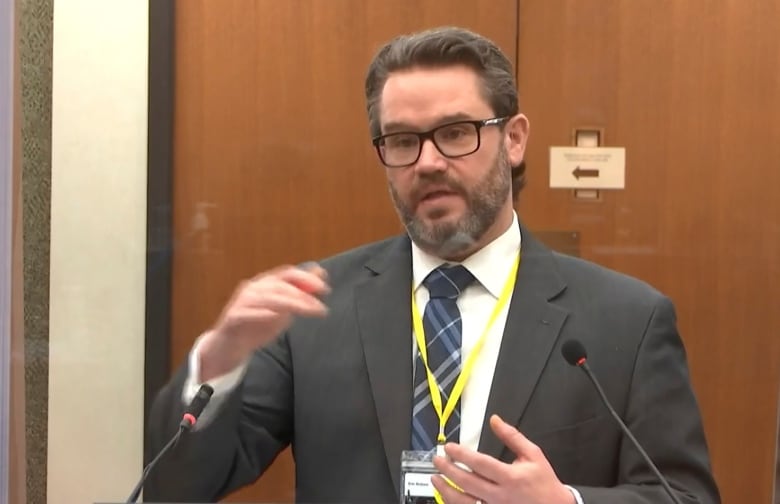 Floyd's confrontation with police, which included being pinned facedown on the pavement while Chauvin pressed his knees into his neck, produced adrenaline that made Floyd's heart beat faster.

Asked to explain cardiopulmonary arrest, Baker said that was "fancy medical lingo for the heart and the lungs stopped."

He also explained the definition of "homicide" in an autopsy report, that it was a medical and not a legal term, which is applied when the actions of other people were involved in an individual's death.

During cross-examination, Chauvin's lawyer Eric Nelson seized on the potential role played by Floyd's heart condition and drugs found in his system.

"In your opinion, both the heart disease as well as the history of hypertension and the drugs that were in his system played a role in Mr. Floyd's death?" Nelson asked Baker. 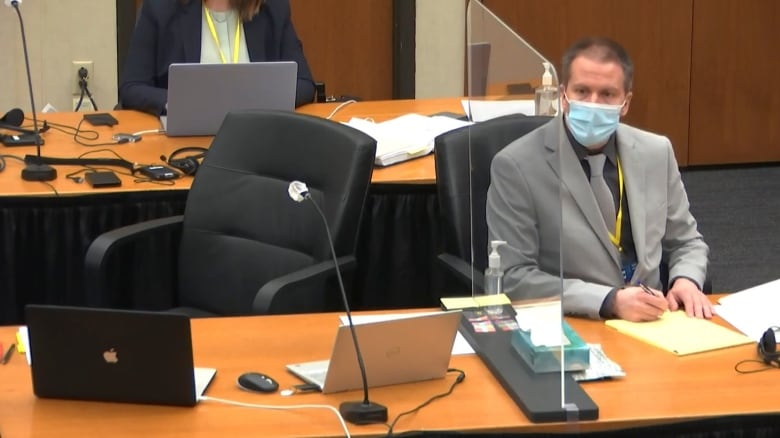 Chauvin takes notes at his trial in the death of George Floyd. (Court TV/Associated Press)

Baker also agreed that he had certified overdose as the cause of death in other autopsies where that individual had much lower levels of fentanyl in their system than was found in Floyd.

Nelson asked Baker if he recalled having conversations last year with prosecutors in which he described the level of fentanyl found in Floyd's system was a "fatal level."

"I recall describing it in other circumstances, it would be a fatal level," Baker said.

But Baker also agreed that he had described Floyd's s death as a "multifactorial process."

He said drugs and hypertension were not "direct causes" but they were "contributing causes."

Khloé Kardashian ‘strong and happy’ after...

6 TikTok Made Us Do It: Are These Viral Products Worth It?