The included PAI, or Personal Activity Intelligence Health Assessment System, translates your daily heart rate into a score the company says you can use to determine how much physical activity you should get in a day. Speaking of physical activity, there are 12 included sport modes. Like any Fitbit and Garmin wearable, start a supported workout and the watches will begin automatically tracking, among other stats, how far you’ve traveled and how many calories you’ve burned in the process. 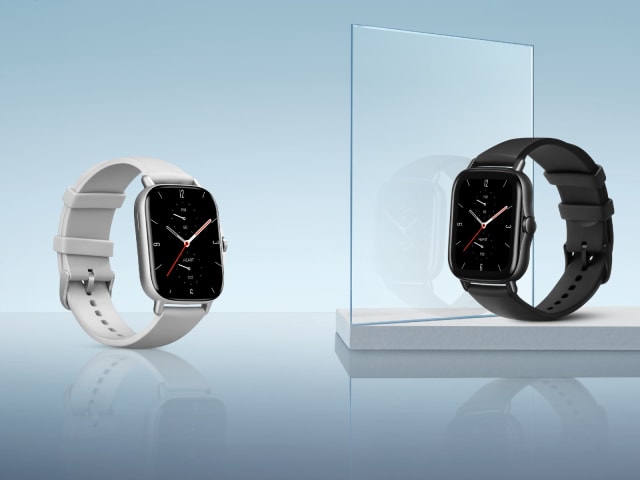 They include plenty of other nice-to-have features, including sleep and GPS tracking, as well as support for Alexa with a built-in microphone allowing you to ask the digital assistant any number of questions. Additionally, with Bluetooth 5.0 connectivity, you can use the GTR 2 and GTS 2 to take calls from your phone. Each also comes with 3GB of dedicated music storage and 5 ATM waterproofing.

Where the two watches differ is primarily in how they look. The GTR features a circular 1.39-inch display while the GTS 2 looks more like the Apple Watch with its rectangular 1.65-inch screen. The sportier GTS 2 also features a smaller 246mAh battery Haumi claims can power the watch for up to seven days. By contrast, the GTR 2’s 471mAh cell is rated for up to 14 days of use.

In the US, you’ll be able to buy the Amazfit GTR 2 and GTS 2 starting on October 30th and November 1st, respectively. Both will start at $179. We gave the Amazfit Bip S an 80 when we reviewed it earlier this year, noting it did well for its $70 price tag. Huami’s Amazfit wearables aren’t without their compromises, but those tradeoffs are a lot easier to stomach when they’re so affordable.

Do Bill Clinton And Hillary Clinton Have An Open Marriage? Theories About Their 'Business' Relationship

8 I'm A Celeb's AJ Pritchard FINALLY does a trial… but...

9 Love Island's Olivia and Alex Bowen get festive spirit in...