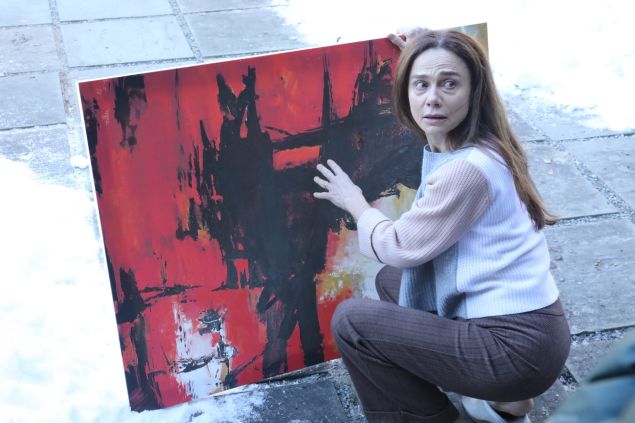 The portrayal of an artist in cinema often comes with a certain amount of ego, most often depicting difficult characters on the fringe of society. Tom Dolby’s latest movie, The Artist’s Wife, opening today at the Roxie and CFI Smith Rafael virtual cinemas, doesn’t veer too far from this narrative with the character of Richard Smythson, played by Bruce Dern, a celebrated abstract artist diagnosed with dementia. The nuance it adds to the conversation of the life of an artist instead comes from Lena Olin’s portrayal of his wife Claire, a former artist who gave up her career for Richard’s.

The inspiration for the film, Dolby says, came from his observation of overshadowed female artists throughout history, including Lee Krasner (Mrs. Jackson Pollock), Elaine De Kooning, and Camille Claudel (muse to Auguste Rodin). With the work of female artists still dramatically underrepresented and undervalued in museums, galleries, and auction houses, the film is a relevant tribute to many experiences in the industry. In fact, in the U.K., 64 percent of undergraduates in creative arts and design are women but 68 percent of the artists represented at top London commercial galleries are men.

While Claire says a number of times in the film that she made the decision to abandon her art to support her husband, the film explores the power dynamic of a marriage between two artists. Interwoven with the struggle of being a caregiver to someone with dementia, the story explores complex family dynamics and the personal growth and opportunity that can come alongside loss. 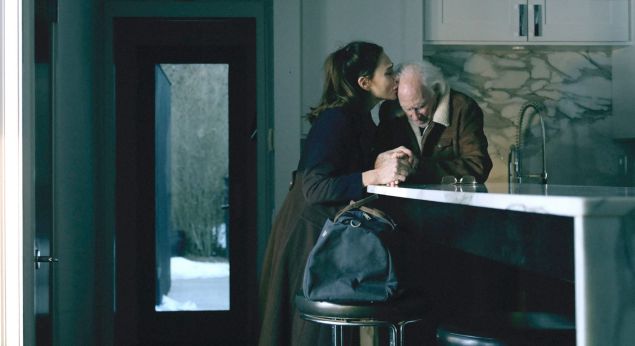 The dementia diagnosis comes right in the twilight of Richard’s career, while he’s finishing the pieces for his final show. Setting the scene at the start of the film, we then follow Claire as she navigates being a caregiver and a loving wife that reconnects her husband with his estranged daughter, but also, as he deteriorates, a painter returning to her craft. Through the lens of a dementia diagnosis, her feelings of lost years and the constant need for her to be selfless are heightened, as she handles his outbursts and erratic behaviour with grace and kindness.

The Artist’s Wife is a personal fictional story for director and writer Dolby, an executive producer on 2017’s acclaimed Call Me By Your Name, as his father Ray was diagnosed with Alzheimer’s. With that connection, it’s no surprise that the film is able to capture some of the behaviour caused by the disease beyond what is often romanticized in cinema. We do see a slow and painful memory loss throughout the film, but we also experience the frustration that can come from the disease, as Richard pours orange juice into cereal, breaks the bowl, and nastily reminds Claire that she “never became a painter.” These outbursts remind the viewer that dementia spans far beyond the deterioration of memories, but the deterioration of a person in their entirety. 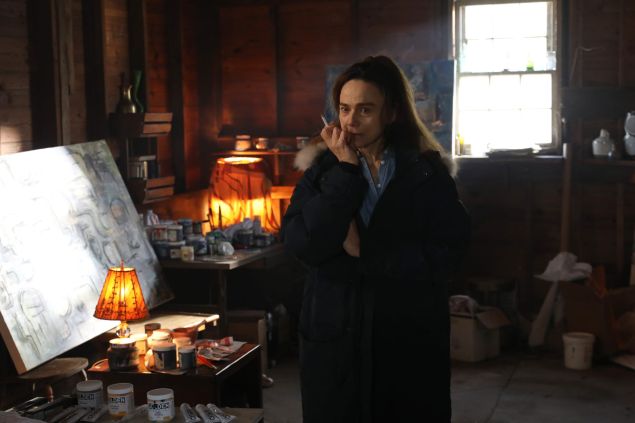 Filled with tension, between being an overshadowed female artist and also being a carer, Claire’s sacrifice will soon be forgotten by Richard but she continues to put him and his art above herself until the end. Regardless of the tragic circumstances, the film leaves the viewer with a sense of new opportunities. Through immense loss, Claire is able to rediscover her artistry and Richard is able to reconnect with his daughter and grandson. We begin to see a glimpse of a life for Claire after Richard and the long, hard road of being a caregiver to someone with a terminal illness.

These themes of loss and renewal make the film a relatable watch that extends far beyond its focus on female artists. Claire’s sacrifice will resonate within numerous partner and family dynamics throughout industries and the raw portrayal of the debilitating disease will touch anyone who’s witnessed the deterioration of a loved one. While many female artists will continue to be overshadowed my male counterparts, the film also creates a dialogue about what, to them, it means to be an artist and proves the forgotten stories to be ones worth telling.

Noah Hawley Dishes on ‘Star Trek’ and His...

7 Cardi B Deletes Twitter After Fans Come For Her Over...