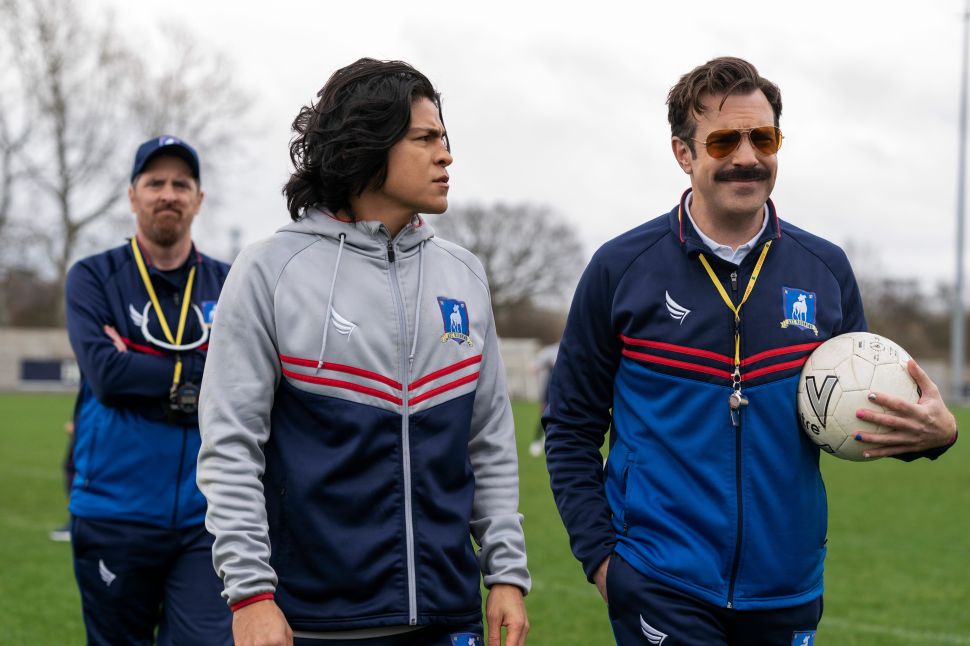 July’s flown by in the blink of an eye, and that means another wave of highly anticipated streaming releases. From renewed seasons of shows such as Sky Rojo and Ted Lasso to reality shows perfect for binge-watching all day long such as Tattoo Redo, there’s something for everyone. Observer Entertainment has you covered, so sit back, relax (unless you’re watching The Walking Dead) and watch on.

Just as how Ted Lasso won over the initially skeptical professional soccer (“football”) team in England despite having no coaching experience in that particular sport, Ted Lasso has won over the hearts and minds of apathetic viewers who were not expecting much from the Apple TV+ show. Now, Lasso is back for a second season, proving that nice guys don’t finish last and giving audiences a much-needed, refreshing boost of positivity that is bound to make your summer that much better. Watch Ted Lasso on Apple TV+.


Masters of the Universe: Revelation (July 23)

Filmation’s classic cartoon He-Man and the Masters of the Universe is back for a sequel by filmmaker and He-Man superfan Kevin Smith. The series targets those who are familiar with the franchise, but the action and plotline are still magnetic, introducing new, welcomely modern spins on the initial story. Dedicated He-Man fans will find themselves taking a trip down memory lane with the beloved characters, and new He-Man fans will find themselves living vicariously through the adventures of He-Man and co. Watch Masters of the Universe: Revelation on Netflix.

The title of this Spanish action-crime series translates to Red Sky, a title describing the red-hot sky of the desert after the sun goes down, as well as the sacrifices and bloodshed that three prostitutes make in their brutal fight for their freedom as they run from their pimp and his lackeys. From morally muddy dilemmas to illuminating the gruesome reality of prostitutions, the second season of this electric, gripping drama is one you don’t want to miss. Watch Sky Rojo on Netflix.

Since its initial airing in late 2010, this gritty horror television series has captured the imaginations of everyone who has wondered, “What would happen in an actual zombie apocalypse?” Fans are eagerly anticipating the release of the show’s eleventh and final season, which is premiering on August 22, they can also look forward to the release of the tenth season on Netflix in the meantime. Whether you are watching this season for the first time or binging it again to prepare for the ending season, The Walking Dead is worth the watch. Watch The Walking Dead on Netflix.

It’s a story many of us have heard before: Someone walks into a tattoo parlor, thinks they have the greatest idea for a permanent tattoo ever, time goes on, regret follows. Or, a dare goes too far and now someone is stuck with an embarrassing piece of body art that is constantly covered up out of shame. Where do they go from here? Netflix has the answer with Tattoo Redo, a reality show where top artists challenge their creativity and skill by transforming a tattoo disaster into a tattoo wonder. The cover-up designs are chosen by the client’s loved ones, and from what the series trailer teases, the results are bound to be stunning. Watch Tattoo Redo on Netflix.

If you’ve ever wondered what happens during the “happily-ever-after” (or “not-so-happily-ever-after) phase of a relationship that was forged in the context of a dating reality show, then look no further. Previous Love is Blind cast members will be coming together in a Netflix reunion special, showing audiences the aftermath of what happens when you agree to marry someone who you’ve never met before. Watch Love is Blind: After the Altar on Netflix.

In this charmingly familiar rom-com, Christina Milan stars as Erica, an aspiring pop star who is not as over her ex-fiancé (Jay Pharoah) as she thought she was. It has all the elements of a classic rom-com, from misunderstandings and easily fixed problems that blossom into massive complications to characters who don’t realize “the one” is actually closer to them than they think. Watch Resort to Love on Netflix.

Yogi Bear is a nostalgic television favorite, and now he’s back, along with the familiar likes of Huckleberry Hound, Snagglepuss, Top Cat and Jabberjaw in the upcoming family series “Jellystone!” (a reference to Yogi Bear’s Jellystone Park). The show is aiming to tap into the nostalgic attachment of audiences to these characters while modernizing them in a way that presents them in an expanded, reimagined view. Watch Jellystone! on HBO Max.

How an AI entrepreneur deals with dirty...