The Best New Movies and TV Shows to Watch This Weekend 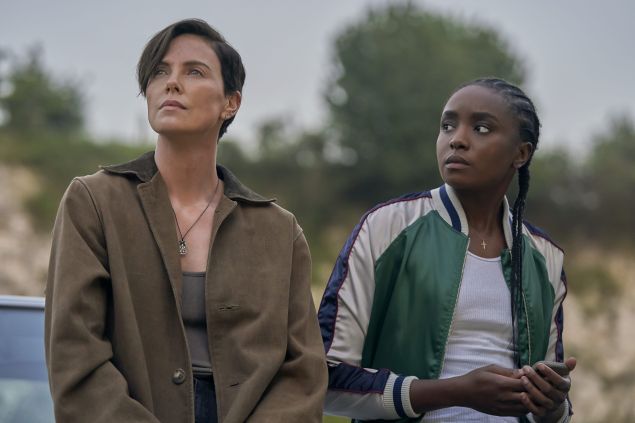 Charlize Theron as Andy and Kiki Layne as Nile in the film The Old Guard, directed by Gina Prince-Bythewood. Aimee Spinks/Netflix

Blockbuster moviegoing may not really be a thing, but the new movies released this week seem to be arguing for it. We have a string of must-watch hits that dropped this week, including new films from Charlize Theron, Andy Samberg and America’s Dad himself Tom Hanks—as well as interesting new specials unpacking the conversations around Hamilton on Disney+.

Observer Entertainment has curated the guide below to help figure out what to watch this weekend on your off-hours. The major streaming services alike are represented below, from Netflix to Hulu to Amazon, and we’ve offered recommendations for for all of them, including both new releases as well as hidden gems that may be buried between the cracks.

SEE ALSO: The Multi-Billion Dollar ‘Troubled Teen’ Industry Is Getting a True-Crime Reckoning

This is what you get when you team-up one of Hollywood’s great ass kickers with one of Hollywood’s most humanist directors. Charlize Theron stars in Gina Prince-Blythewood’s The Old Guard, alongside KiKi Layne, Chiwetel Ejiofor and others. The film is a superhero thriller written by top-notch comics scribe Greg Rucka, based on his own graphic novel, about centuries-old immortal mercenaries who have guarded humanity for ages—until someone finds out what they’re up to. Watch The Old Guard on Netflix.

The South Korean film Train to Busan, directed by Yeon Sang-Ho, is hands-down my favorite outbreak movie, mainly because of its grim and complex portrayal of moral calculus as characters begin to understand their predicament: being trapped on a fast-moving train in the middle of a zombie apocalypse. You follow a father, played by actor Gong Yoo, as he tries his damnedest to keep his estranged daughter and himself safe, and the nuanced ways he manages to etch the character’s moral calculus across his face is worth recommending alone. Watch Train to Busan on Amazon Prime Video.

Andy Samberg and Cristin Miloti’s latest film Palm Springs truly rules and is notable for a few reasons. 1) It’s a Groundhog Day riff that feels fresh as an ice-cold Tecate in the Sonoran Desert. 2) J.K. Simmons wields a bow and arrow. And reasons 3-100 have to do with the cast and crew’s multifarious talents and moments of comic timing. It’s directed by Max Barbakow and written by Andy Siara, who told Observer the film is partly about “embrac[ing] this sense of nihilism” on the path to finding meaning. Watch Palm Springs on Hulu.

The latest HBO Max Original, Expecting Amy, tracks the course of Amy Schumer’s pregnancy as she prepares for a comedy special. It’s an especially difficult one, and the series portrays it with an honesty that’s rare in Hollywood but makes plenty of sense if you know anything about Schumer’s comic persona. Ultimately, she has said her goal was to make a “kick-ass home movie” from the experience. Watch along as the docuseries progresses. The first three episodes are available now. Watch Expecting Amy on HBO Max.

If you love Dad Movies, the name of the game this week is Greyhound—the new World War II film that Tom Hanks wrote and starred in. As Observer’s Brandon Katz wrote yesterday, the film is “a 92-minute series of chess moves between opposing forces,” anchored by America’s Dad. It may not break any molds within its war- and naval-film genre territory, but it hardly needs to. Watch Greyhound on Apple TV+.

It’s a little crazy that Will Smith isn’t better-recognized for his performance in Ali, directed by Michael Mann, for which he was nominated for an Academy Award (losing to Denzel Washington’s dynamic turn in Training Day). In the film, Smith manages to wrangle the soul and heart of Muhammad Ali, one of the most soulful and open-hearted athletes to ever live. It portrays his affiliation and friendship with Malcolm X, his international fame and legendary fights against Joe Frazier and George Foreman and—of course—his political battles around Vietnam. Through all of it, Smith evinces both intensity and vulnerability in equal measure. It’s one of the best biopics ever made, and on Tubi it’s free. Watch Ali on Tubi.

And a special note on the notes of Ennio Morricone…

You may remember that earlier this week, we lost of the greatest film composers of the last 50 years—Ennio Morricone. I’d highly recommend watching any of the films he contributed this talents to, as well as, for those of you with a subscription to the Criterion Channel, their two specials: Musical Motifs in The Battle of Algiers, which analyzes his score for the legendary movie, and Music in His Blood, a conversation between Morricone and director Fabio Ferzetti which discusses their many collaborations together. Watch Musical Motifs in The Battle of Algiers and Music in His Blood on the Criterion Channel.

Learn how to build WordPress sites with this...

How To Overcome Dating Anxiety Before Meeting...