Home /
Tech /
The Morning After: 'Cyberpunk 2077' runs into another delay

The Morning After: 'Cyberpunk 2077' runs into another delay

Cyberpunk 2077’s woes have continued long after the game launched, with all the issues that entailed. CD Projekt Red announced yesterday that we'll have to wait until the second half of March for the next big patch. The developer cited that recent ransomware hack as the major culprit — it initially planned to launch the 1.2 patch in February. As you’re probably aware, February ends this week. The news is especially frustrating for PS5 owners as the game hasn’t returned to the PlayStation Store since it was pulled. 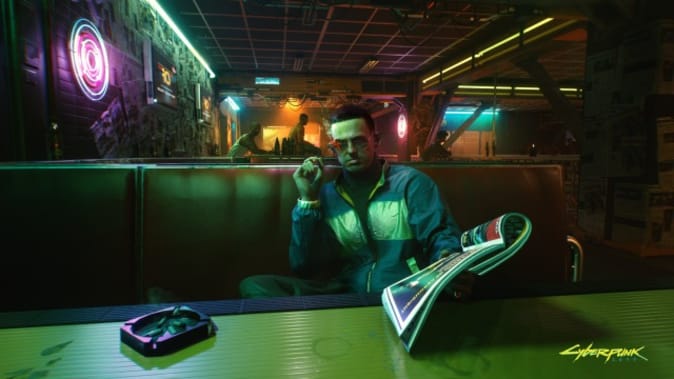 
Later in the day, Bloomberg sources said that many of the people working on CP2077 had been locked out of their workstations for the last two weeks. Developers can't get into the corporate VPN to access the tools they need from home and were apparently asked to ship their computers to the IT department, so they could be scanned for malware.

Months later, I’m not sure you can consider the latest problems “launch problems,” but it’s still a mess for CD Projekt Red. 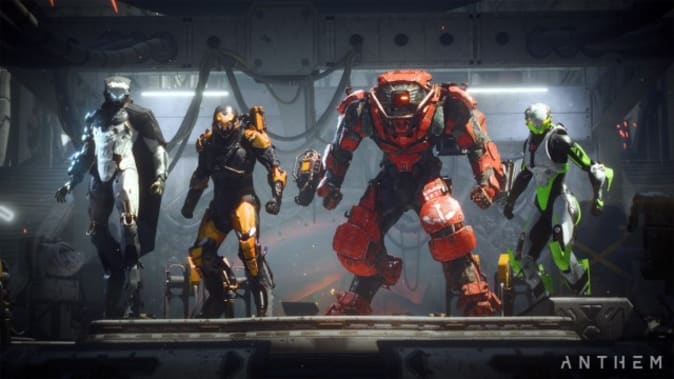 
Talking of messy game launches, Anthem Next, a retooled version of BioWare's jetpack-fueled action game, has been canceled. BioWare says it will continue running the Anthem live service as it stands. "Working from home during the pandemic has had an impact on our productivity and not everything we had planned as a studio before COVID-19 can be accomplished without putting undue stress on our teams," said executive producer Christian Dailey in the blog post announcing the news.

Anthem came out in February 2019 and was widely regarded as, well, a mess. At launch, it was riddled with game-breaking glitches and inconsistencies. A year after launch, veteran BioWare boss Casey Hudson outlined a plan to fix the game. Hudson ended up leaving BioWare at the end of 2020.
Continue reading.

The judge refused to impose an injunction against the law at the request of trade groups.

California can enact its net neutrality law, paving the way for the enforcement of rules banning internet service providers from blocking, speeding up or slowing down select websites or services. This came after the Department of Justice dropped its legal challenge against the legislation, which has been in limbo since 2018.

Several telecoms trade groups filed their own lawsuit to block the net neutrality law. But in the latest hearing held on Tuesday, US District Court Judge John Mendez expressed concern over the lack of nationwide industry regulation in the wake of the FCC's repeal of net neutrality rules.

A Biden-led FCC is expected to take up net neutrality protections on the federal level. The acting chair of the FCC, Jessica Rosenworcel, recently re-emphasized her support for the principles, but added that the agency (currently split 2–2 along party lines) is "conscious of the composition of the commission."
Continue reading. 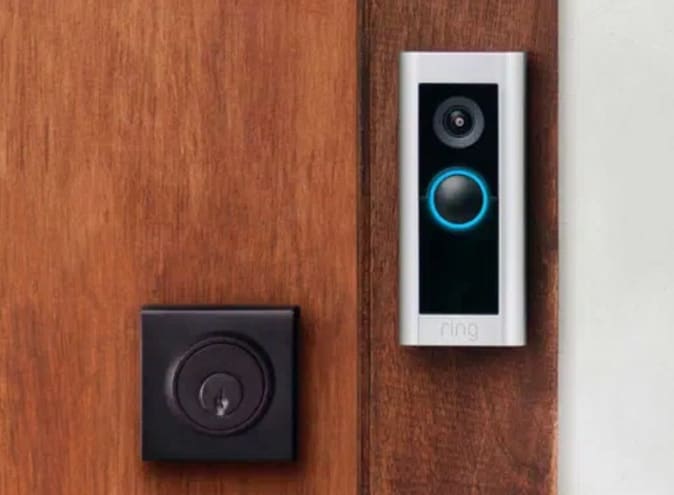 
Ring’s new smart home doorbells pack better sound, a bigger field of vision and, perhaps most interestingly, radar. The Ring Video Doorbell Pro 2 adds features like 3D Motion Detection and Bird’s Eye View. Both harness the new radar sensor — with a range of up to 30 feet — to better identify and track people approaching your home. The former makes motion detection far more accurate, while the latter uses radar to track a person’s movement across your front yard in real-time. It is available to pre-order now and will begin shipping to customers on March 31st, 2021, priced at $250.
Continue reading. 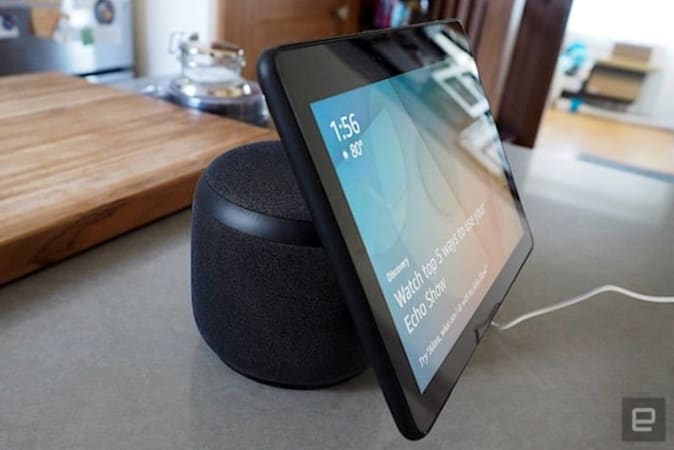 The newest feature on Amazon’s Echo Show 10 is a swiveling base that can rotate automatically to follow you, which is useful for getting a quick glance at information, following cooking instructions and seeing how-to videos. It’s also great for video calls, with automatic pan and zoom to help keep you in the frame. But, according to Senior Editor Nicole Lee, the rotating screen doesn’t quite justify its higher price tag, especially when the Echo Show 8 takes up less space and has almost the same features.
Continue reading. 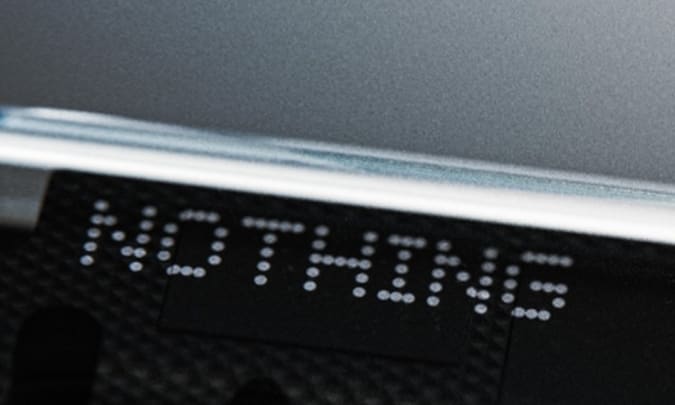 Nothing
Nothing has announced Teenage Engineering as a founding partner. The new partner is best known for its portable music creation tools like the OP-1 synth and its Capcom-themed pocket synths. The Stockholm-based company, which worked with Ikea on a range of electronic products a few years ago, will be in charge of Nothing's product design. The company’s first product will be a pair of wireless earphones coming this summer. The company plans to release more audio products throughout the year.
Continue reading. 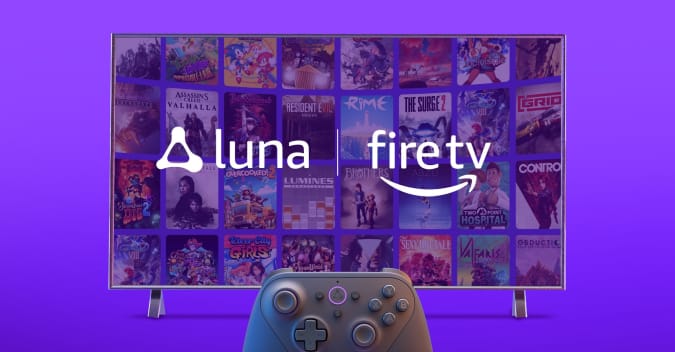 Amazon
Four months since launch, Amazon is now offering the cloud gaming service to all US users of its Fire TV devices, in the hopes of capturing gamers who prefer the big screen experience. Fire TV users can now download the app and grab a 7-day free trial to the Luna+ channel, which otherwise costs $6 per month. That gives you access to a revolving lineup of games including Control, Metro Exodus, Sonic Mania and GRiD — it’s a pretty strong early lineup.
Continue reading.
But wait, there’s more...
What's going on at Google AI?
Zoom's automatic closed captions will roll out to everyone in the fall
Australian Parliament passes law that requires Google, Facebook to pay for news
Survival game 'Valheim' sold four million copies in three weeks of early access
Paramount+ will cost $5 per month with ads, or $10 without
Paramount+ snags long-awaited 'Halo' TV series from Showtime
Biden will review tech supply chains to reduce dependence on China
Marvel series 'Loki' will premiere on Disney+ on June 11th
'Star Wars: The Bad Batch' debuts on Disney+ on May 4th
Xbox classic 'Star Wars: Republic Commando' is coming to PS4 and Switch
Fisker is working with Foxconn on a 'breakthrough' EV
AMD will announce its next Radeon RX 6000 GPU on March 3rd
morning after cyberpunk another delay

Classic sitcom Frasier to be revived after two...

How Can You Choose the Best UX Agency?