British royalty equals instant celebrity. And when you place an existing celebrity like Meghan Markle into the royal family, you get some truly celebrity-sized drama!

The biggest example of this is the alleged feud between Meghan Markle and Kate Middleton. It has become the stuff of tabloid legend, but it’s difficult for even their biggest fans to keep track of every twist and turn.

Where did this feud start, and what may finally end it once and for all? We’ve got the full breakdown! 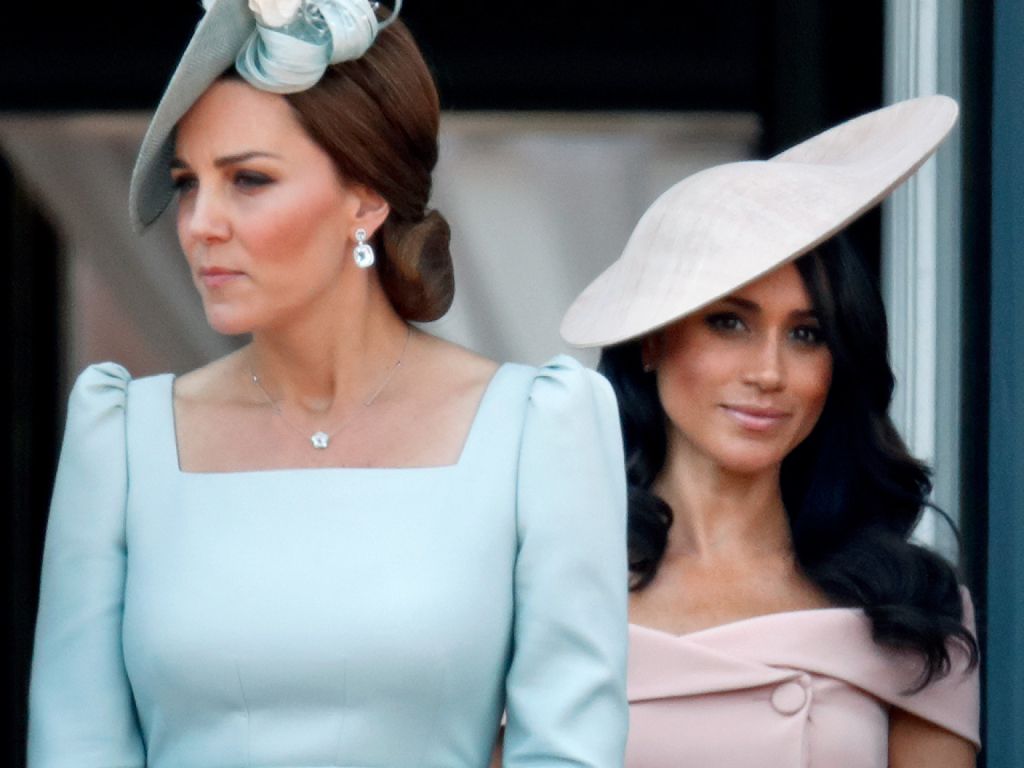 Reportedly, Meghan made Kate cry before her wedding

The royal family does their best to keep any family feuding very “hush hush.” Because of that, we don’t have a smoking gun regarding Meghan and Kate’s feud. Instead, we have a modest pile of circumstantial evidence.

As near as anyone can tell, the feud began as the family prepared for Meghan’s wedding to Prince Harry. The two ladies were at a wedding rehearsal, with Kate’s three-year-old daughter Princess Charlotte acting as a bridesmaid, when Kate reportedly left with tears in her eyes.

It all started with tights

Allegedly, the reason that Kate left that fitting in tears was due to an argument over whether Meghan’s bridesmaids should wear tights or not. It’s royal tradition, and the young bridesmaids in her Kate’s own wedding all wore tights. Meghan, meanwhile, didn’t want them to.

It seems like a little thing to cause such a big feud, and there may have been exacerbating factors (including Kate’s exhaustion from giving birth to Prince Louis less than a month earlier). However, this event signified that Meghan started making royal waves well before her actual wedding ceremony.

That was shocking enough, but the world might have forgotten the feud if this was the only thing to it. Unfortunately, other things seemed to be driving these women apart. 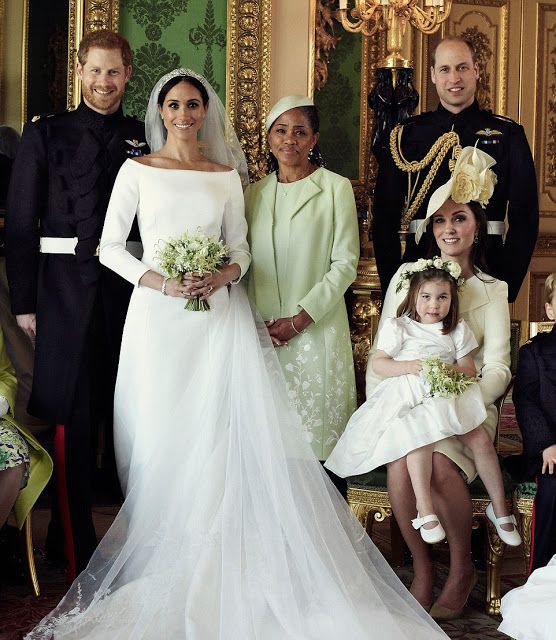 Now, whether this was a snub or not depends on whom you talk to. Some people think this proves the feud because Kate invited her own sister to be a bridesmaid and Meghan didn’t invite Kate. Others point out that it would have been inappropriate for the future queen to be part of another royal wedding.

And considering that the actual bridesmaids were all young children, it doesn’t look like this was an actual snub on Meghan’s part.

RELATED: The Real Reason Why Kate Wasn’t A Bridesmaid At Meghan’s Wedding 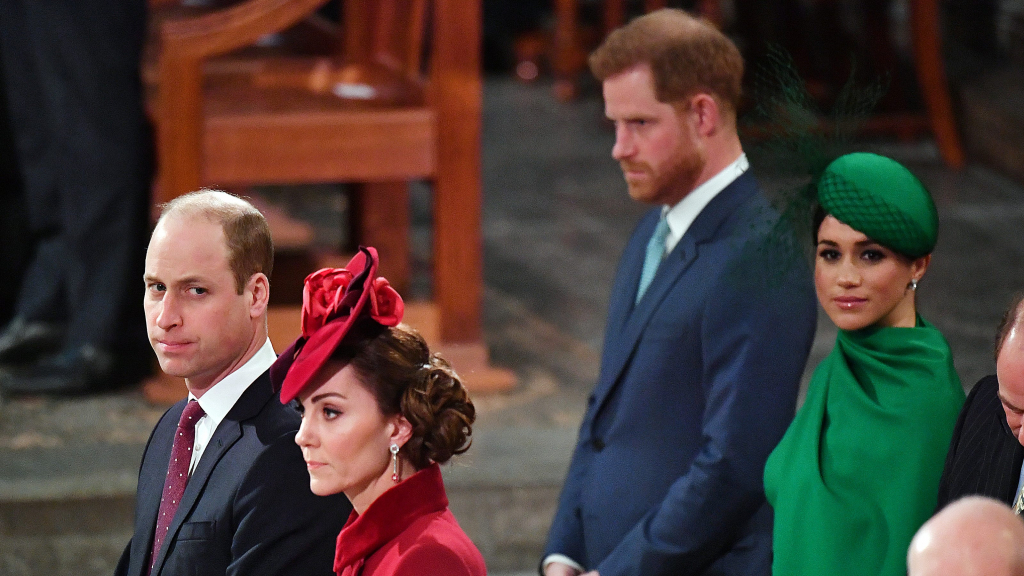 The most recent major evidence of a Kate-Meghan feud happened in front of the entire world. And for many, it cemented the fact that there is genuine bad blood between Meghan and Kate.

Meghan and Harry met with Kate and Charles as part of the Westminster Abbey Commonwealth Day service on March 9, 2020. This was a major public appearance on the heels of Meghan and Harry’s announcement that they were leaving royal life behind.

While the two couples were physically close to one another, their body language revealed that they would rather be anywhere else. They didn’t really interact outside of Meghan giving Kate a really awkward wave.

It’s possible other factors led to this open rift. But thanks to the television cameras, we can see that these two ladies seem royally pissed. 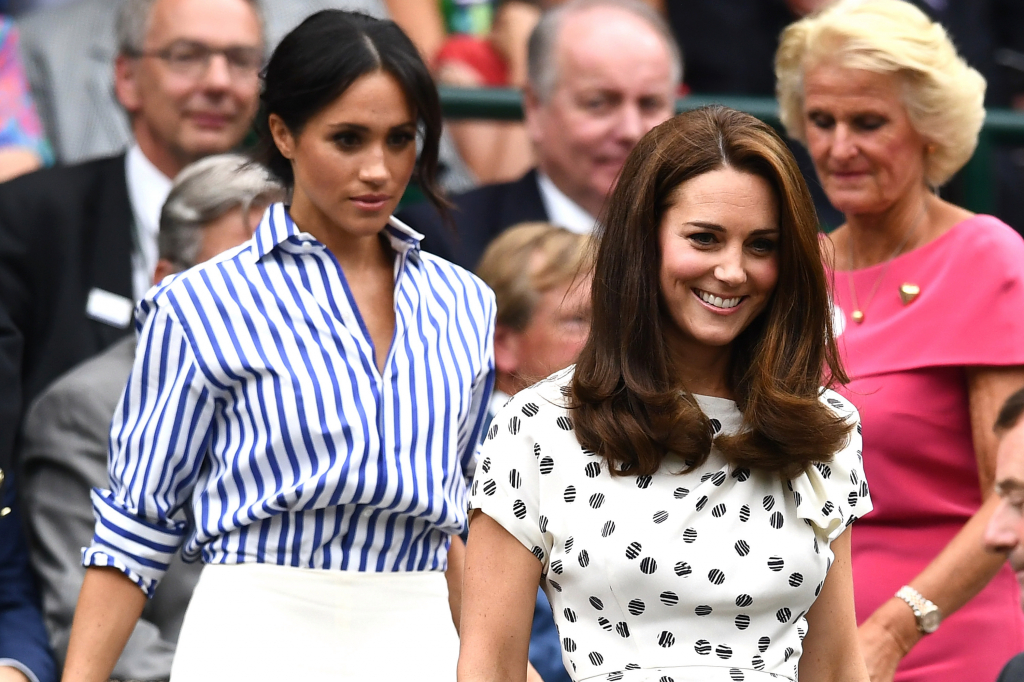 What is at the heart of most major feuds? The honest answer is “clashing personalities.” And it seems like Meghan and Kate may be royal opposites in the personality department.

Basically, it sounds like an introvert and an extrovert were suddenly thrust together as family members. Even without some major feud, it’s tough to imagine such different personalities getting along all that well.

RELATED: The Tragic Story Of Princess Diana: Why Harry & Meghan Have Chosen A More Private Life

Heavy is the head that wears the crown

Another possible source of stress is Kate’s royal status. As the future queen, she embodies her entire country in a way that Meghan does not.

So if Kate seems icy to Meghan at Westminster, it’s not necessarily because Kate herself is intensely feeling this feud. But her icy demeanor channeled an entire country that was still reeling from Meghan and Harry’s decision to bail out on royal life.

Throw in the fact that “Megxit” just means more responsibilities for Kate and you can see why she’d be miffed!

Much ado about nothing? 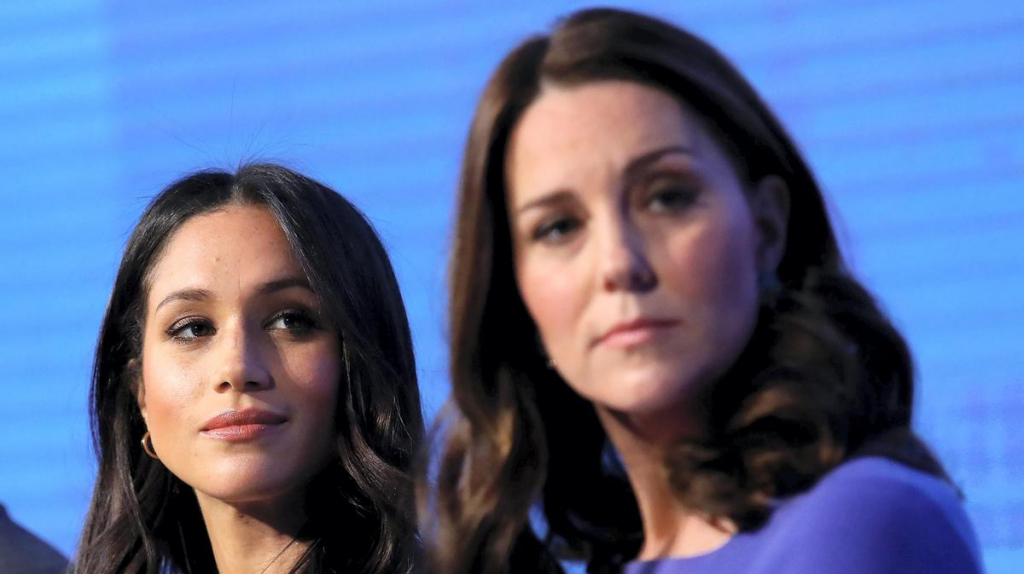 What does all this add up to? It’s still entirely possible that it doesn’t add up to anything. Maybe Kate was just having a bad day when she ran off in tears. And maybe the two royal couples were feeling some Megxit awkwardness at Westminster.

Nobody does “stiff upper lip” quite like English royalty. And it’s possible that we’re just reading a lot of drama into some pretty extraordinarily basic family squabbles.

A new country and a new start

What if the feud is real, though? In that case, we can only hope that relations between Kate and Meghan have gotten better.

Even royalty isn’t immune to the wisdom of “distance makes the heart grow fonder.” With Meghan and Harry’s new life in America, each of these ladies has had the time and distance to process their shared trauma.

With any luck, their relationship will get the same new start that Meghan has given to her entire life.