EXCLUSIVE: We can tell you first that Steve Agee, who stars in James Gunn’s upcoming The Suicide Squad movie, is making the jump to the pic’s HBO Max spinoff series Peacemaker starring John Cena. 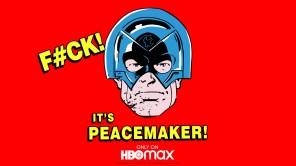 I hear that Agee will reprise one of two of his Suicide Squad roles, that of John Economos. The character is a warden of Belle Reve Federal Penitentiary and an aide to Viola Davis’ government character Amanda Waller. Agee is a longtime thespian in Gunn’s canon, having starred in the filmmaker’s Super, Guardians of the Galaxy Vol. 2 and his horror feature production Brightburn directed by David Yarovesky. Agee is also playing King Shark in Suicide Squad.

Gunn is writing the eight-episode Peacemaker series and directing a number of the episodes. More characters from Gunn’s Suicide Squad could possibly make the jump to the series. The series explores the origins of Cena’s Peacemaker character, a guy who believes in peace at any cost — no matter how many people he has to kill to get it. The Peacemaker was created by Joe Gill and Pat Boyette and first appeared in the Fightin’ 5 series originally owned by Charlton Comics. The first incarnation of Peacemaker was Christopher Smith, a pacifist diplomat and son of a Nazi death camp commandant who founded the Pax Institute who fights dictators and warlords.

Gunn and The Suicide Squad producer Peter Safran are serving as EPs of Peacemaker, with Cena as Co-EP. Peacemaker will be produced by Gunn’s Troll Court Entertainment and The Safran Company in association with Warner Bros. Television. Peacemaker is scheduled to begin shooting early next year before Gunn works on Guardians of the Galaxy: Vol. 3.

The Suicide Squad is currently scheduled to open on Aug. 6, 2021 in theaters.

Agee’s TV credits include the Netflix animated series Twelve Forever, ABC’s The Connors, NBC’s Superstore, Fox’s New Girl among several others. The comedian was a writer on over 300 episodes of Jimmy Kimmel Live! and will also star in the upcoming Justine Bateman directed drama Violet. He is repped by 11:11 Entertainment for management and AKA agency

Chris Harrison: Why ‘The Bachelorette’ waited...

10 10 Brutal Truths About An Aries Man, For Better Or Worse