Home /
NEWSiNi /
There Is No Planet B: How Activists from Around the World Schooled Politicians During the Global Climate Strike

There Is No Planet B: How Activists from Around the World Schooled Politicians During the Global Climate Strike

Last Friday millions of children around the world skipped school for a worthy cause. That cause was the latest global youth-run climate strike, organized by the FridaysForFuture movement. It says something about our world when our school kids have to skip class to school politicians about the planet. Alas, this is exactly what they did. The climate protests were originally inspired by 16-year old Swedish activist Greta Thunberg. These have now spiraled into a massive global movement. 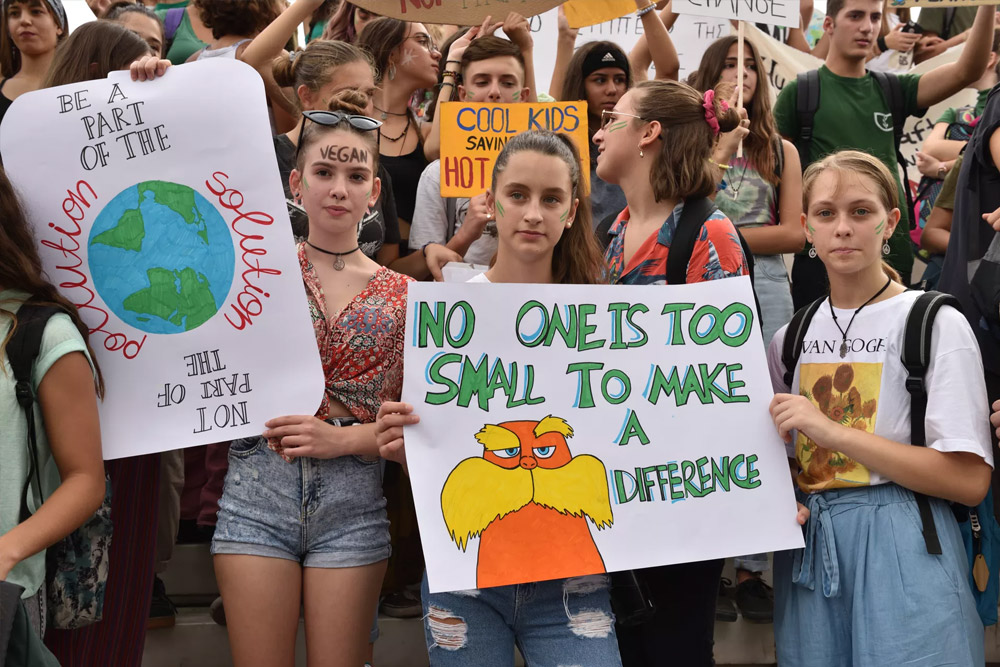 The latest strike was poised to coincide with the first-ever Youth Climate Summit in New York. And since the youth of today can clearly see something which the politicians can’t; around six million kids and adult activists from over 150 countries turned up in their droves to demand action. From Afghanistan and Japan to Chile, these activists put their differences aside to unite for a common cause. So we’ve rounded up the most powerful, iconic images and impossibly clever signs from the streets.

During the protests, activists around the world opted for many different routes to engage our leaders and effectively get their message across. In South Africa, many activists opted for some iconic and powerful climate slogans like “there is no planet B,” “the climate is changing and so should you” and “you will die of old age, your kids will die of climate change.” 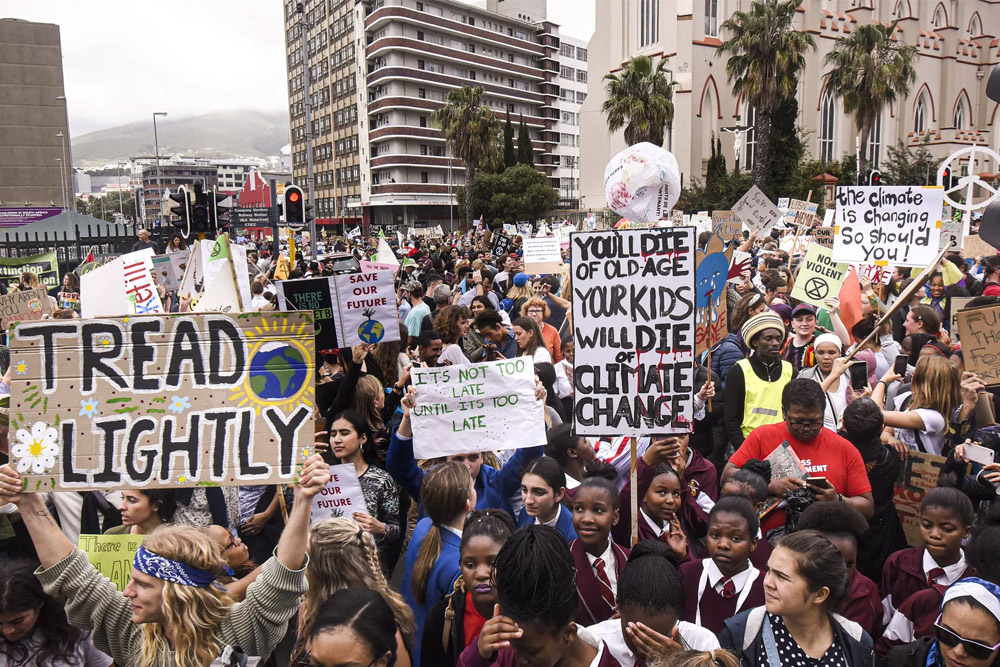 For South Africans, this photo is even more emotive for another reason. The country has had complicated political and racial past, but this iconic image captured the spirit of the whole movement. It was amazing to see activists from different races, cultures, and religions all joining together in solidarity for a common purpose; reminding us all that we all live together on this planet.

As a testament to how far the climate strike movement has spread, we also saw activists take to the streets from some of the most remote, or war-torn regions of the world. One of these iconic protests happened in Afghanistan. Even though this country has been through years of war and political upheaval, this photo is just everything. 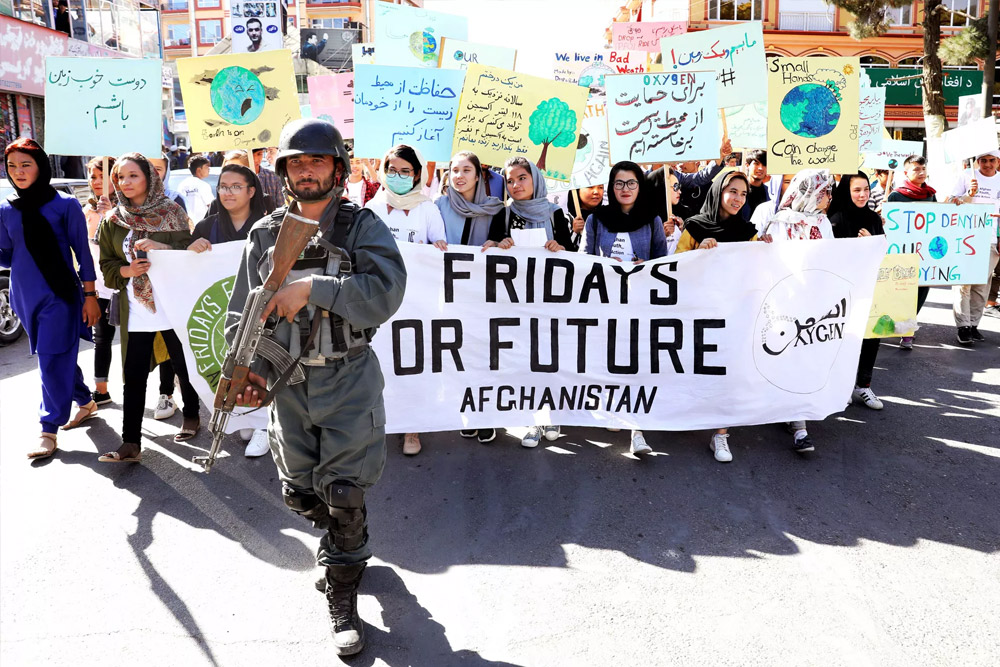 The people of Afghanistan have been plagued by conflict and uncertainty in the last few years. However, these brave activists still took to the streets to remind us all that everyone from any country, culture or time-zone can make a difference. In a heartwarming moment of hope, they marched with signs like “Fridays or Future.” Despite their situation now, they still have hopes and dreams for the future of this planet too.

While Australia may be known for its picturesque scenery and laid-back culture; this country also has a complicated past and has had some issues with the native aborigines. Once again, this photo is even more poignant as it features aborigines standing their ground. This image reminds us that this movement is giving a voice to minority communities. 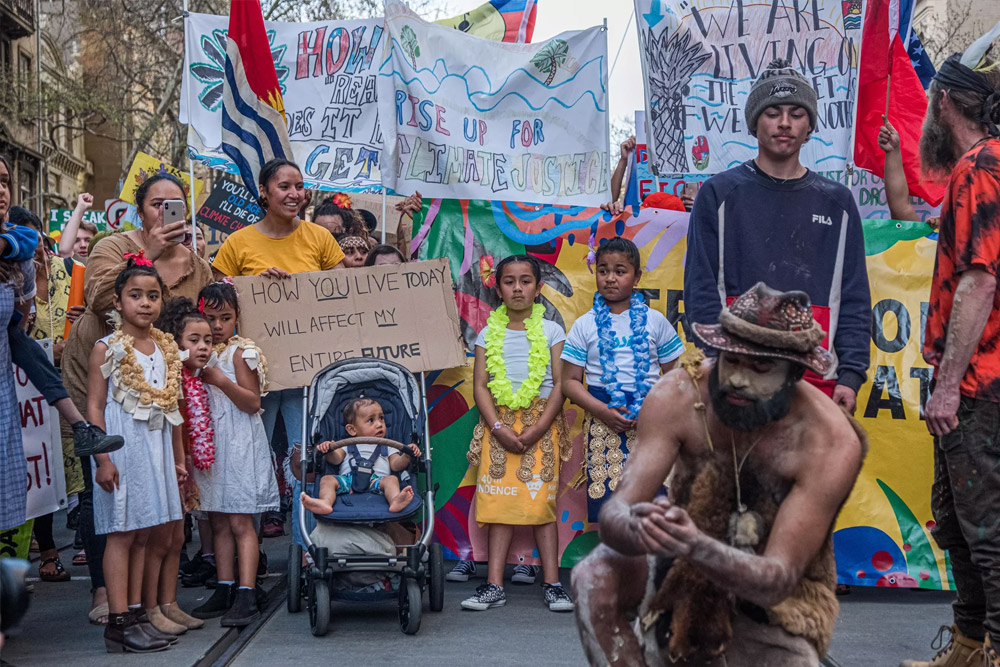 No matter what our differences are, we are all the same on this earth and are all concerned about climate change. As the FridaysForFuture movement continues to gain momentum, a spokesperson for the FridaysForFuture group said “This was a demonstration of the power of our movement. “‘People power’is more powerful than the people in power. It was the biggest ever climate mobilization, and it’s only the beginning… We are not going anywhere.”

5 This Artist Brings Disney Princesses To The 21st Century

8 People are coming for Jada. Different posts calling her...

9 People Are Losing Their Minds Over This Chunky Bear From...

10 NASA will fund six more Artemis missions as it plans...