The U.S. House of Representatives voted to impeach President Donald Trump a second time on Wednesday. The House voted 232-197 in favour of an unprecedented second impeachment just one week after the violence at the U.S. Capitol.

Those 232 votes were cast in favour of the bill by 222 Democrats — along with 10 Republicans, members of Trump's own party.

The No. 3 House Republican, Liz Cheney said "there has never been a greater betrayal by a president" of his office in reference to Trump's actions. The daughter of former Republican vice-president Dick Cheney, she is considered one of the party's rising stars.

"When I consider the full scope of events leading up to January 6th including the President's lack of response as the United States Capitol was under attack, I am compelled to support impeachment," Gonzalez, an Ohio Republican, wrote on Twitter. 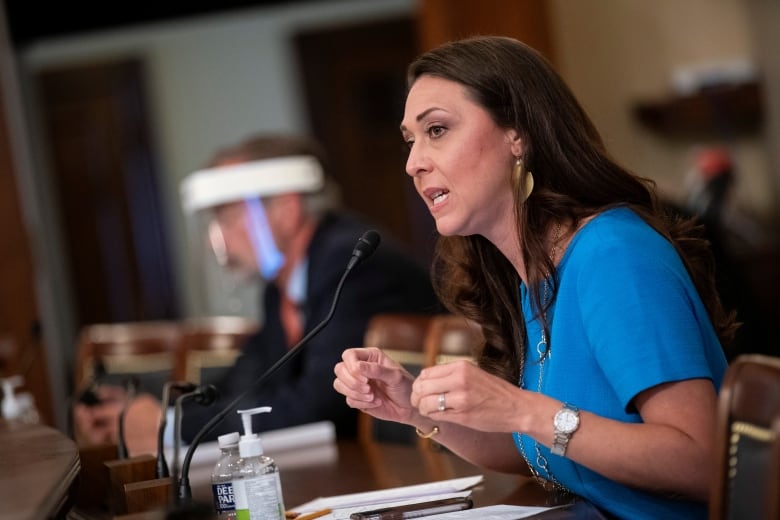 Jaime Herrera Beutler, shown speaking at a hearing on COVID-19 response in June 2020, said Trump's offences 'were impeachable based on the indisputable evidence we already have.' ( Al Drago/Pool/Reuters)

Herrera Beutler, a moderate from Washington state, said in a statement that her reading of the Constitution showed Trump's offences "were impeachable based on the indisputable evidence we already have."

Katko, who represents a congressional district in New York, was the first member of the House Republican caucus to say he would vote for impeachment. A former federal prosecutor, he released a statement Tuesday saying he did not make the decision lightly. "It cannot be ignored that President Trump encouraged this insurrection," he said in the statement, which was posted on Twitter. "The president created a combustible environment of misinformation, disenfranchisement, and division."

Meijer, a new member of Congress from Grand Rapids, Mich., said he was voting for impeachment with a "heavy heart." He said the vote "isn't a victory for my party, and isn't the victory Democrats might think it is." Rather, he characterized it as a step "for us to reflect on these events and seek ways to correct them."

Staging what will surely be one of his ‘last stands’ before a section of border wall in Texas, U.S. President Donald Trump praised his accomplishments while deriding Democratic efforts to impeach him for the second time even as members of Congress prepare for an impeachment vote. 3:02

Another Republican from Washington state, Newhouse announced his intention to vote to impeach during Wednesday's debate, drawing applause from Democrats. "There is no excuse for President Trump's actions," he said on the floor. "The president took an oath to defend the Constitution against all enemies, foreign and domestic. Last week, there was a domestic threat at the door of the Capitol, and he did nothing to stop it." 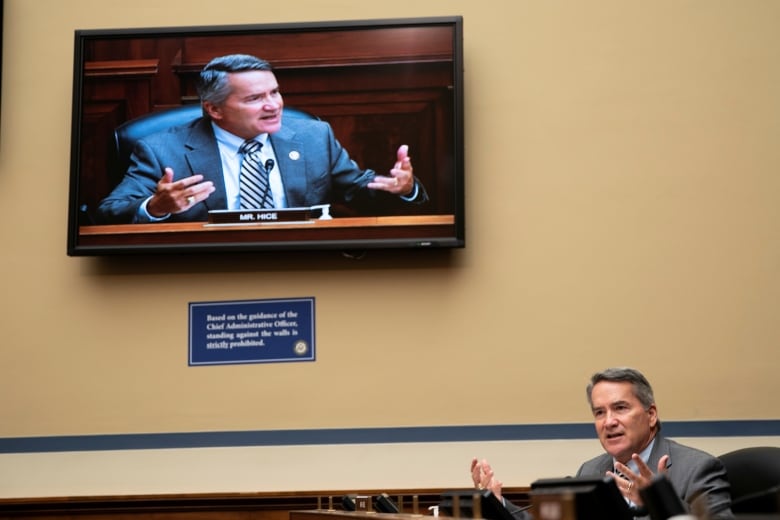 Tom Rice, shown during a committee meeting on Sept. 30, 2020, also voted for impeachment. 'He truly believes you do the right thing and everything else will work out,' said Walter Whetsell, Rice's political consultant. (Alex Edelman/Reuters)

Rice, who is from Myrtle Beach, S.D., a district where Trump has heavy support, voted in favour of impeachment without warning. "He truly believes you do the right thing and everything else will work out," Rice's political consultant Walter Whetsell told the Charleston Post and Courier after the vote. "He didn't give it two seconds of political thought."

Upton, a longtime representative from Michigan, said the United States will not tolerate any effort by any president to impede the peaceful transfer of power. "I would have preferred a bipartisan, formal censure rather than a drawn-out impeachment process. I fear this will now interfere with important legislative business and a new Biden Administration," he said in a statement released before the vote. "But it is time to say: Enough is enough."

Valadao, who in November reclaimed his former California seat from the Democrats, said he had to vote with his conscience and instincts. "His inciting rhetoric was un-American, abhorrent, and absolutely an impeachable offense. It's time to put country over politics," he said on Twitter.

President Trump was, without question, a driving force in the catastrophic events that took place on January 6 by encouraging masses of rioters to incite violence on elected officials, staff members, and our representative democracy as a whole.—@RepDavidValadao
these republicans voted impeach trump

2021 tech will be about cloud and the workplace...