[WARNING: This list contains disturbing images.] Edmund Kemper is a twisted, depraved and frightening serial killer who murdered 10 people between 1964 and 1973. Known as the ‘co-ed killer’, he targeted mainly female hitchhikers; he also killed his paternal grandparents and his own mother.

Following the release of the hit Netflix series ‘Mindhunter’, an entirely new generation of true crime fans have became both fascinated and terrified by Kemper as he was portrayed with eerie accuracy by actor Cameron Britton.

These following facts explain exactly why – even decades after his sinister crimes took place—he’s still one of the scariest killers to have ever walked the earth. 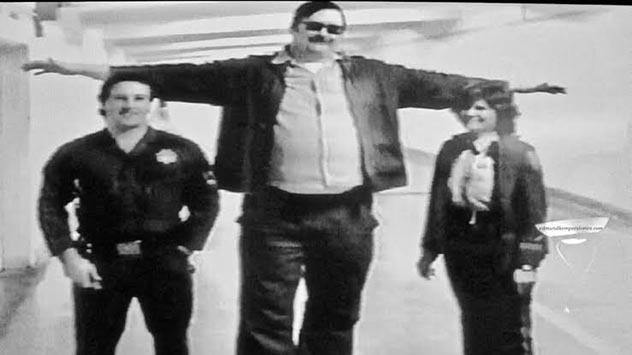 Born on December 18th, 1948, in Burbank, California, Edmund Kemper’s parents had a turbulent marriage and following their divorce, his mother continued to be abusive throughout his childhood. He later revealed his mother’s hatred stemmed from him looking so alike his own father. She would keep her son locked in a cold, dark basement at night whereas his sister was allowed to play freely upstairs.

He stands 6ft 9” tall (2.05m) and weighs over 250 pounds (113kg). By the time he attended high school, he already stood a foot taller than his classmates. Due to his stature and his high IQ of 145—he was able to overpower his victims both mentally and physically. Investigators labeled him a “natural born killer”.

The physical nature of Kemper paired with his abusive childhood created a boiling pot of rage in the young killer.[1]

9 He Mutilated Cats During Childhood 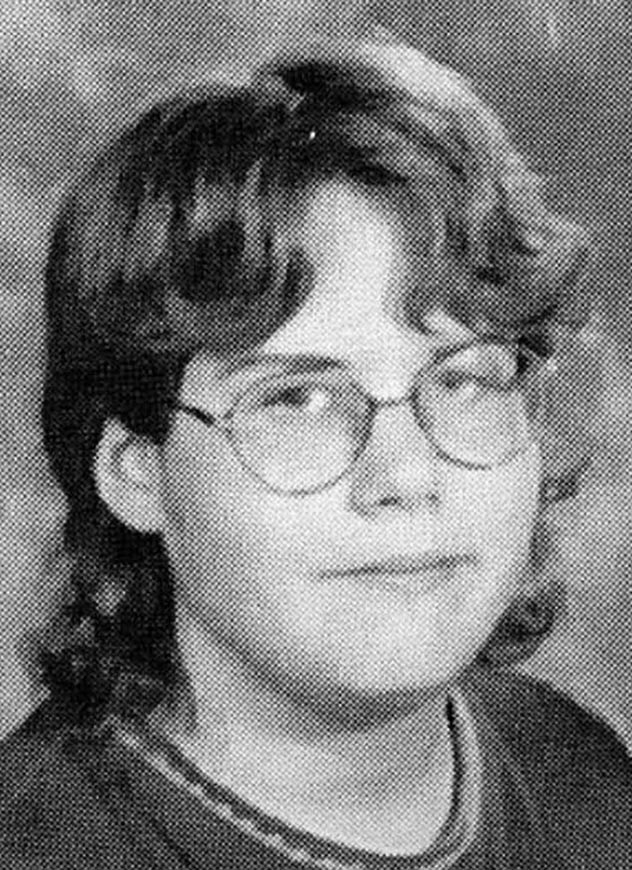 From a very young age, Kemper targeted and mutilated cats in his neighborhood. Former FBI Special Agent John Douglas revealed that Kemper would bury a cat alive, then dig it up before decapitating the creature and impaling its head on a stake. When he was 13-years-old, he also killed his pet cat with a machete and hid the remains in his bedroom which was later discovered by his horrified mother.

For young serial killers, often abusing animals is their first shot at releasing tension. They are starting the process known as ‘victim selection’ and take their frustration out on the only thing often more vulnerable than themselves—an animal. Later in their criminal career, this aggression escalates and they begin to prey on humans. Kemper was no exception.

He did seek help from school counselors but this was not beneficial as he revealed, “When I was in school, I was called a chronic daydreamer and I saw a counselor twice during junior high and high school, and that was very routine. They didn’t ask me a lot of questions about myself and that was probably the most violent fantasy time I was off into.”[2]

8 He Killed His Grandparents Because He Was Bored 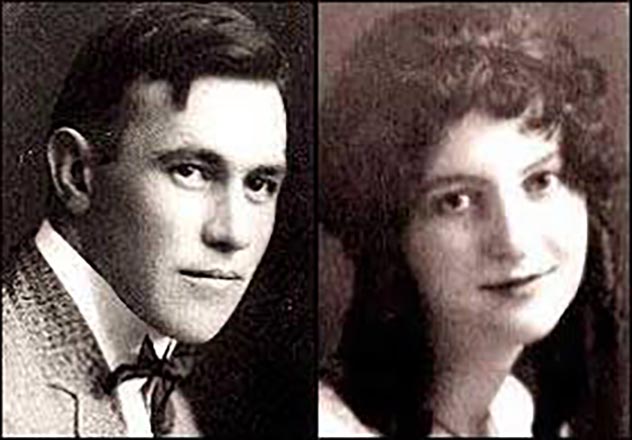 At the age of 15-years-old, Kemper ran away from his mother to avoid her abuse and decided to track down his father but he was rejected by him also. Instead, he was “shipped off” to live with his paternal grandparents on their farm in the California mountains.

Kemper said he lived in “complete isolation” with his “senile grandfather” and “my grandmother who thought she had more balls than any man and was constantly emasculating me and my grandfather to prove it.” He added, “I couldn’t please her… It was like being in jail… I became a walking time bomb and I finally blew … It was like that the second time, with my mother.”

In August 1964, Kemper shot his grandmother in her kitchen with a hunting rifle and when his grandfather returned he also shot and killed him. Panicked, Kemper then called his mother and she urged him to tell the police. When the police arrived, he told them, “I just wanted to see how it felt to shoot Grandma.”[3]

7 He Managed To Fix The Psychiatric Results In His Favour 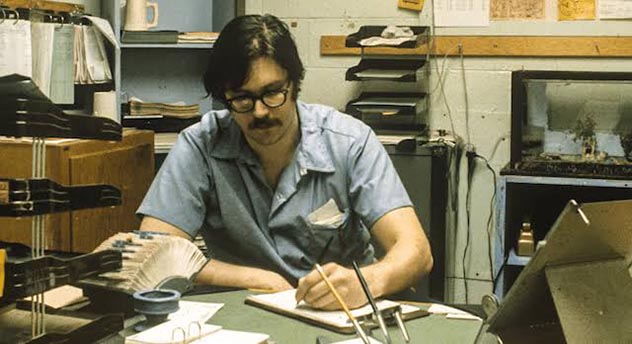 Following the murders of his grandparents, Kemper was sent to the California Youth Authority in Atascadero. Psychiatrists found Kemper suffered from paranoid schizophrenia and he was transferred to Atascadero State Hospital for the Criminally Insane.

Due to his incredibly high IQ and seemingly pleasant demeanor, he managed to manipulate the hospital staff to allow him to access the assessment devices. He memorized the responses that were used in the assessment process and fixed his own test psychiatric results in his favor.

Then on his 21st birthday, he was released from the hospital with a clean mental health record and was no longer required to return for further monitoring. Kemper was a free man. He returned to California and lived his mother but his real reign of terror was just about to begin.[4] 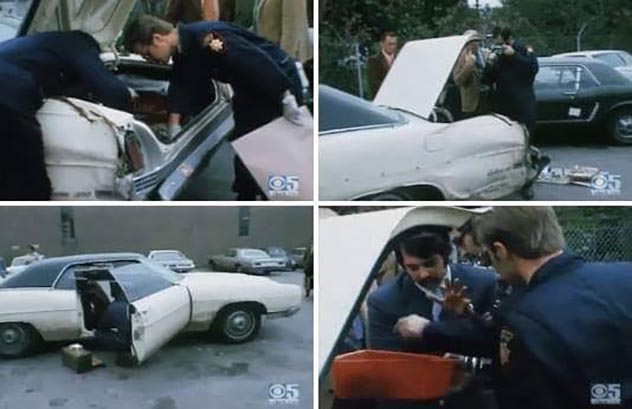 Following his release from the hospital, Kemper applied to become a state trooper but he was rejected based on his size. With no work prospects on the horizon, he became bored with his existence one again and as we know from his previous crimes—a bored psychopath is a dangerous thing. Instead, he turned his attention to the high number of female hitchhikers in the area.

In 1972, Kemper murdered 18-year-old Mary Anne Pesce, 18-year-old Anita Luchessa, and 15-year-old Aiko Koo. In 1973, he murdered 19-year-old Cindy Schall, 23-year-old Rosalind Thorpe and 21-year-old Alice Liu. He had convinced the young co-eds, who were all in the prime of their lives, that he was not a threat to them by using a cunning trick to get them into his car.

Kemper said, “Some girls weren’t really convinced. So, I looked at my watch and I sighed like, ‘Come on I don’t have time.’ And that convinced them—they had the impression I was in a hurry and didn’t have the time to hurt them.”[5]

5 He Often Kept The Heads Of His Victims 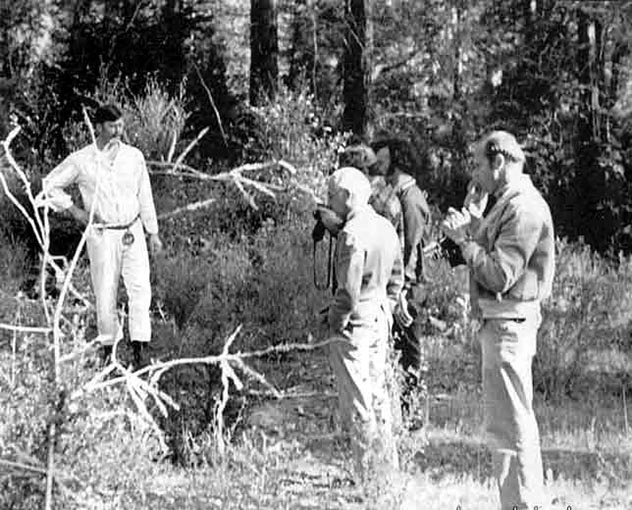 Kemper targeted women as they reminded him of his mother and his overall hatred for women. He said during an interview, “There’s a lot that leads into that happening, but that’s what happened. They represented not what my mother was, but what she liked, what she coveted, what was important to her, and I was destroying it.”

He stabbed or strangled his victims and would later decapitate and dismember the corpse. Several discarded body parts were found washed up on the shore and he buried a head in his mother’s backyard. The other heads he kept as sickening serial killer ‘trophies’.

He is famous for the line: “One side of me says, I’d like to talk to her, date her. The other side says, ‘I wonder how her head would look on a stick.” This was repeated in the film ‘American Psycho’ by Christian Bale’s character Patrick Bateman, however, the line was wrongfully credited to Ed Gein.[6]

4 He Murdered His Mother In The Most Brutal Way 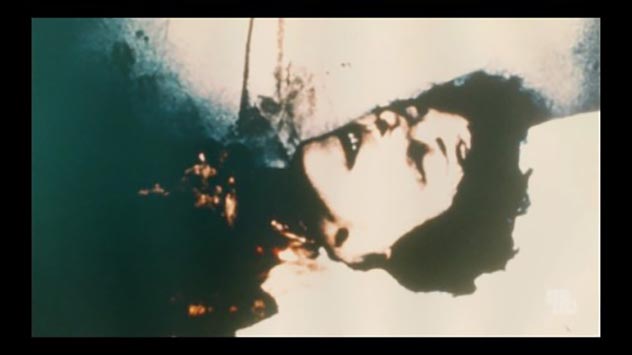 The rage and disdain Kemper felt for his mother finally reached boiling point in April 1973. On Good Friday, his mother—Clarnell Stage—returned home after a night of drinking and began arguing with her son. Kemper then entered her bedroom and bludgeoned her with a hammer before cutting her throat with a knife.

He then decapitated the body and later revealed he pinned the head to the wall and screamed at this for an hour whilst throwing darts. He also confessed to ripping out her voice box which he deemed appropriate as she “bitched and screamed” at him so much over the years.

After hiding the body parts around the house, his mother’s close friend came over to the house and he stranded her to death too. Later he said, “I certainly wanted for my mother a nice, quiet easy death like everyone else wants.”[7]

3 He Confessed Everything To The Police Himself 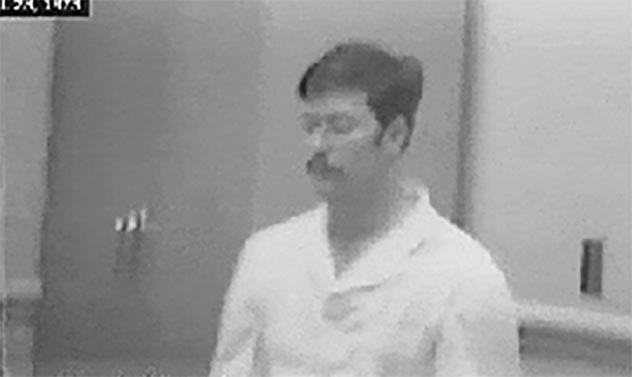 On Easter Sunday 1973, Kemper fled his mother’s home following her murder and made his way to Colorado. He realized it would not be long before the crime was linked to him and he rang the police back in Santa Cruz to make a full confession.

Initially, the police did not believe his confession or were convinced they had finally caught the feared ‘Co-Ed Killer’. Kemper was close friends with the local police, often drinking with them in bars and restaurants. They referred to him as “Big Ed” and had revealed to him over time a lot about the murders which allowed him to anticipate their next move in the investigation. They believed this was all one big prank from a friend they had become to know as a friendly giant. Kemper waited for an officer to arrive and arrest him.

He was considered legally sane and when asked what he believed was an appropriate punishment for his crime, he replied: “Death by torture.”[8]

2 He Terrified FBI Agent Robert K. Ressler During An Interview 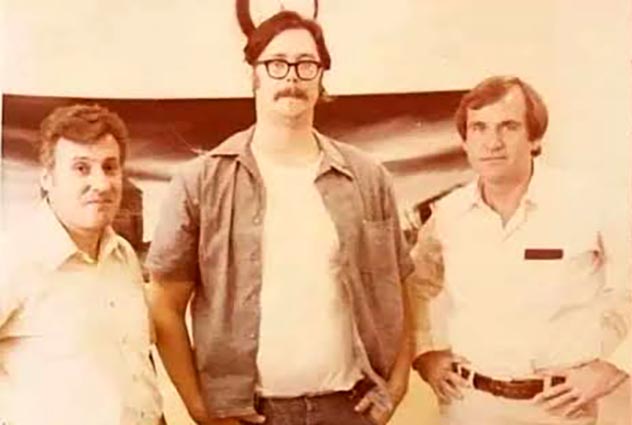 Standford psychiatrist Donald Lunde interviewed Kemper from 1972 to 1973. The guards would lock them both in a small room and a panic button under the table would alert them when they were finished.

Lunde said, “I laughed at the notion that (he) might attack me. (He) had no reason to do so, and besides the panic button would bring a squad of deputies instantly.” Kemper then reminded Lunde, “Has it ever dawned on you that I’m a foot taller and weight damn near twice what you do?” When Lunde hit the panic button it took seven minutes for the guards to respond.

Former FBI Agent Robert K. Ressler had a similar interaction with Kemper. Bundled in the same interview room, Ressler hit the panic button and the guards didn’t respond. Noticing his panic, Kemper chillingly told him, “If I went apeshit in here, you’d be in a lot of trouble, wouldn’t you? I could screw your head off and place on the table to greet the guard.” The guards entered the room 30 minutes later.[9]

On November 8th, 1973, Kemper was found guilty of first-degree murder. He was sentenced to life behind bars and is currently imprisoned at California Medical Facility.

Since 1977, he has spent his time recording audiobooks and loaned his voice to ‘Flowers in the Attic’, ‘The Glass Key’ and ‘The Rosary Murders’ to name a few. He spent more than 5,000 hours in the recording booth at the prison and has received two awards for his efforts.

However, the serial killer has no desire to leave prison as he’s quite content living out the rest of his life behind bars. Since 1985, he has waived his right to parole hearings. In 2017, Kemper’s lawyer stated, “His feeling is that—and this is his belief—no one’s ever going to let him out and he’s just happy, he’s just as happy going about his life in prison.”

Currently aged 70-years-old, he will spend the rest of his days in prison and—at the time of writing—in relatively good health; Kemper has outlived his victims by decades.

Above is an interview with Kemper which I strongly recommend. His demeanor is chilling.[10]

About The Author: Cheish Merryweather is a true crime fan and an oddities fanatic. Can either be found at house parties telling everyone Charles Manson was only 5ft 2″ or at home reading true crime magazines. Founder of Crime Viral community since 2015.

Cheish Merryweather is a true crime fan and an oddities fanatic. Can either be found at house parties telling everyone Charles Manson was only 5ft 2" or at home reading true crime magazines. Founder of Crime Viral community since 2015.

4 Netflix Is Primed for Another Stellar Quarter as COVID-19...

9 Doctor Gets Tired Of Misinformed Patients Asking If Face...