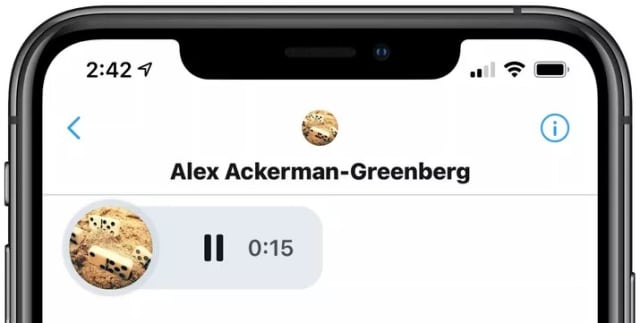 The Verge also got to see the interface for voice messages. At the moment, it's a simple affair. Playback control is limited to playing and pausing a message, but you can record a missive directly in-line. Rounding things out is an option to report a message if someone is misusing the feature.

While audio messages are relatively new ground for Twitter, it's a feature you can find in many other apps. Facebook, for instance, allows you to send them in Messenger, Instagram and WhatsApp. As Twitter pointed out when it started testing audio tweets on iOS, voice messages add a “more human touch” to the way people use a chat platform. So it’s not a surprise to see the company willing to expirment with the format for DMs.