Members of the U.S. swimming team cheered and chanted from the stands for U.S. first lady Jill Biden, who sat across the pool and waved as swimming kicked off.

Without fans in the 15,000-seat Tokyo Aquatics Centre on Saturday, masked teams had ample room to spread out in socially distanced seats above the deck. The U.S. contingent waved tiny American flags and pounded red-white-and-blue Thunderstix, while the Germans spread their large-sized flag over two rows of seats.

Waiting for the session to begin, the Americans chanted “Dr. Biden, Dr. Biden” and clapped. 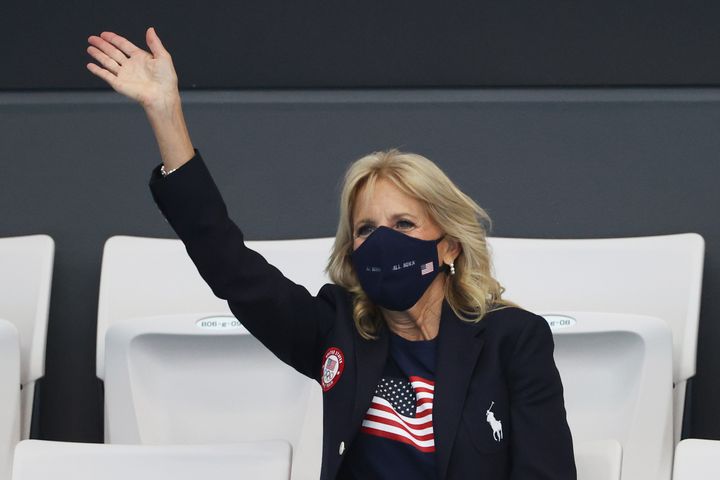 TOKYO, JAPAN - JULY 24: First Lady of the United States Jill Biden in attendance on day one of the Tokyo 2020 Olympic Games at Tokyo Aquatics Centre on July 24, 2021 in Tokyo, Japan. (Photo by Al Bello/Getty Images)

None of the usual electricity that typically courses through the Olympic pool was present. Teams shouted the names of their swimmers during the race, when the sound of water splashing was easily heard and music blasted.

Earlier in the day, Biden watched a 3-on-3 basketball game with French President Emmanuel Macron and hosted a softball watch party at the U.S. ambassador’s residence.

2 Why empathetic leadership is critical in the hybrid...

6 Andrew Garfield Has A ‘Magical’ Spider-Man Memory That...

10 62 Relatable Tumblr Posts About Being A Student