David Screech had already selected his seats and put in his credit card information for Springsteen on Broadway tickets when he noticed the COVID-19 vaccine requirements: his two doses of AstraZeneca-Oxford wouldn't be enough for admission.

Screech, the mayor of View Royal, B.C., and a Springsteen fan of 40 years, received his second AstraZeneca dose last week, but the Jujamcyn Theaters' website said it would only allow guests "fully vaccinated with an FDA-approved vaccine" — Pfizer-BioNTech, Moderna or Johnson & Johnson.

The New York venue held firm when Screech contacted them directly to ask about the requirement, turning his anticipation for the show into disappointment. While he's "very grateful" to have two doses of an effective vaccine, Screech said he had some reservations about AstraZeneca, and the Broadway snub "certainly added to that."

"Obviously our health is far more important than being able to go to shows or concerts. But the flip side of that is, shows and concerts have been a major part of my life," Screech said.

"And the idea of not being able to go to them for the foreseeable future because of possibly getting the wrong vaccine is a little disappointing." 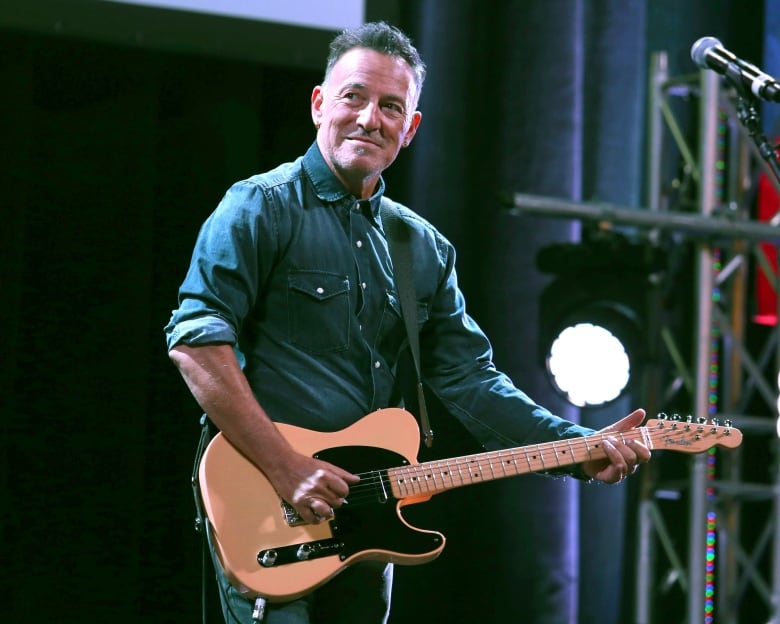 Bruce Springsteen, seen here performing in November 2016, will return to Broadway this summer for a limited run of his one-man show 'Springsteen on Broadway.' Performances at the St. James Theatre begin June 26 with an end date set for Sept. 4. (Greg Allen/Invision/The Associated Press)

Live tapings of TV shows including Saturday Night Live and The Late Show with Stephen Colbert also snub AstraZeneca doses in rules listed on their websites, which say they're acting "at the direction of New York state."

The New York Islanders, currently in an NHL playoff series against the Tampa Bay Lightning, don't appear to have the same restrictions. While the team's website says fans need proof of vaccination "per New York state guidelines," the arena also has "non-vaccinated sections."

The offices of New York Gov. Andrew Cuomo, the New York State Department of Health and the Jujamcyn Theaters did not immediately return requests for comment.

"If there's something more painful you can do to Generation X, this is it," Chagla said with a laugh.

Potential vaccine requirements for travellers could get even trickier if other countries begin forming rules based on their own authorized jabs, Chagla said.

A sense of vaccine nationalism could lead some to insist their authorized products are "the gold standard," he said, noting that Johnson & Johnson, which was created with the same viral-vector technology as AstraZeneca, was slightly less effective in clinical trials.

"This is just a very arbitrary line in the sand, based on what the FDA approved, [without] recognizing that AstraZeneca is approved by many other health-care organizations around the world," Chagla said.

"Private industries have the right to do what they want, but at the same time we need to have larger discussions around what's considered a fully immunized person, and with which vaccines."

Dr. Theresa Tam, Canada's chief public health officer, noted Thursday that "we're in the early days of resuming travel." She urged Canadians to look carefully at requirements in other countries and be prepared for shifting rules.

Tam said global discussions could help the world "come to a point where we can accept each other's data ... and look at a path forward that makes life easier and travellers supported, if they have been vaccinated, too." 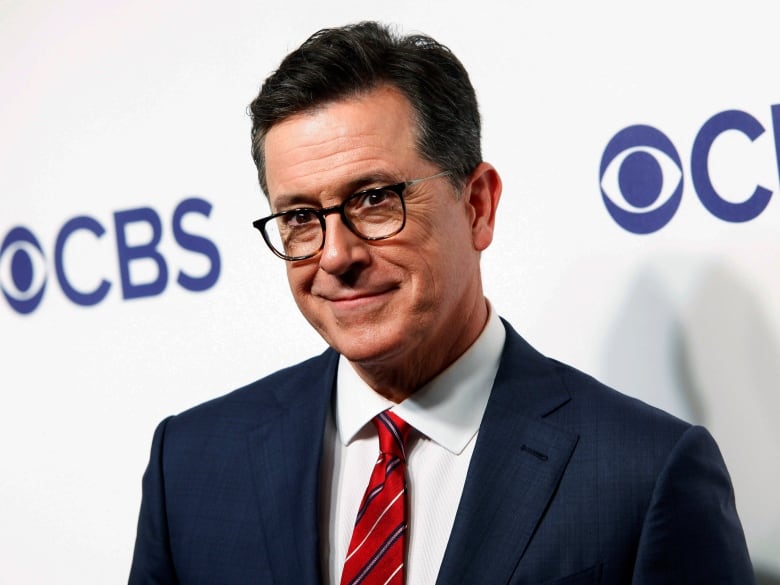 Stephen Colbert returned to doing live shows before a studio audience on June 14. CBS said audience members at the Ed Sullivan Theater in New York must show proof of vaccination before being admitted, and face masks will be optional for them. (Andy Kropa/Invision/The Associated Press)

Chagla said Canadian AstraZeneca recipients may not face the same problems in Europe due to widespread use of the jab there, but he expected more U.S. states to adopt FDA-approved vaccine requirements.

That could mean more uncertainty and insult for some AstraZeneca recipients planning to travel south once the border reopens, he said. Roughly two millions Canadians have received an AstraZeneca shot.

Chagla called for world leaders to establish a "benchmark" of potential vaccine requirements and give people confidence in their jab.

"You really want people to feel they're making the right decision, they're not going to be discriminated against, and they'll have access to everything a vaccinated person should," he said.

'A sense of injustice'

Andria Bianchi, a bioethicist and assistant professor at the University of Toronto's school of public health, wondered about the justification for the Broadway show's vaccine rule.

If the goal is to ensure no one with COVID-19 enters the building, relying strictly on FDA-authorized vaccine passports isn't the only way to achieve that.

"I hope that when any place is developing policies or putting restrictions in place that they're very well thought out and all possible options are explored," Bianchi said.

"I imagine there's going to be a lot of AstraZeneca recipients frustrated and maybe feeling a sense of injustice."

Screech said he hopes the Springsteen on Broadway rule will change to reflect that AstraZeneca provides solid protection against COVID-19.

"But there's disappointment for sure, and a bit of worry about what it means for [other] U.S. venues in the future."

Britney Spears has ‘no idea’ if she’ll ever...

Antonio Guterres to serve a 2nd term as UN...