Violence against health workers in the Democratic Republic of Congo is complicating the response to a massive measles outbreak and accelerating the spread of the disease, which has claimed twice as many lives than an ongoing Ebola epidemic.

More than 5,000 people have died from measles since the start of the year, with over 90 per cent of them being children under the age of five, according to statistics released by the United Nation Children's Fund's (UNICEF) on Nov. 27. More than 140,000 people died from the easily preventable disease worldwide in 2018.

Meanwhile, an Ebola outbreak, which the World Health Organization (WHO) declared an international emergency in July, has killed more than 2,000 people in the country since August last year, UNICEF Congo representative Edouard Beigbeder said. 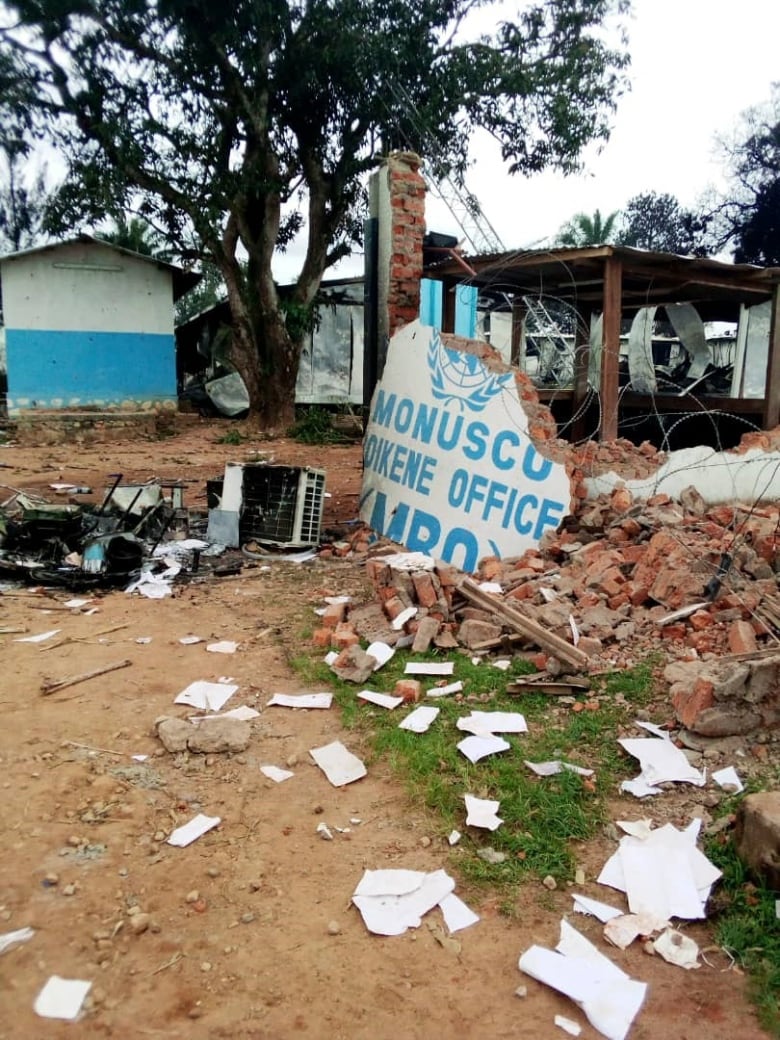 On Nov. 25 angry demonstrators ransacked and looted a UN civil base in Beni. (Albert Kambale/AFP/Getty Images)

Violence and insecurity, medical kit shortages and a lack of access to health care and vaccines are some of the main factors hindering efforts to stop measles from spreading, Beigbeder said.

Attacks on health workers, treatment centres and communities have been frequent occurrences during this latest Ebola outbreak, which is the second largest on record, the UN said in a statement. WHO has documented over 300 attacks on health-care workers and patients since the start of the year.

On Nov. 28, two attacks targeting Ebola responders killed four and injured five at a camp in Biakato Mines, about 3,000 kilometres east of the capital Kinshasa, and a co-ordination office in the small town of Mangina.

The latest attacks came only a day after WHO and UNICEF evacuated 76 staff from the town of Beni due to the worsening security situation in the region.

The insecurity is being attributed to an estimated 100 armed groups operating in eastern Congo. WHO said this has "significantly complicated" the work of the authorities attempting to eradicate the diseases.

Henry, who worked with UNICEF to control an Ebola outbreak in Uganda, said very high immunization rates are needed to protect the whole population​​.

Congo was no stranger to having violent outbreaks and the lack of a stable government contributed significantly to this outbreak, she told CBC News.

Congo has been caught in a bloody cycle of violence, with the central African country being hit by waves of rebellions, protests and political turmoil since the end of the 1997-2003 civil war that killed an estimated five million people. 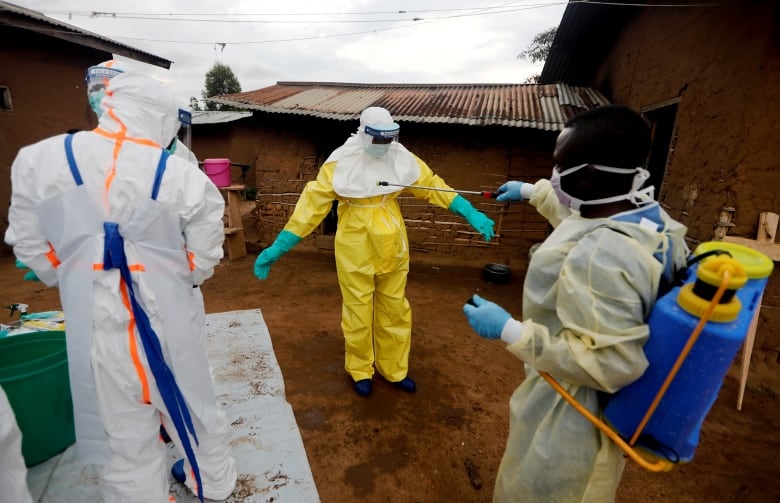 A healthcare worker decontaminates his colleague after entering the house of 85-year-old woman, suspected of dying of Ebola, in the eastern Congolese town of Beni. (Zohra Bensemra/Reuters)

"Communities distrust the government and the ability of their leaders to protect them. So when an international aid organization comes in they are immediately suspicious of their presence," she said.

Grant Leaity, co-ordinator of UNICEF's Ebola response, told CBC Radio that people living in isolated rural communities see aid workers appear in their towns without warning dressed in "space suits," which is then perceived as a threat.

"There is a feeling that by these health workers coming in, they will actually spread the contamination."

Complicating the situation further, Leaity said, was that this was the first time an epidemic response was being co-ordinated in an "active war zone."

"We have not done this before anywhere."

Gwen Eamer, a senior officer for public health emergencies at the International Red Cross, said the measles outbreak is "enormous" by both Congolese and global standards.

The Congo is particularly at risk because of its weakened health system, difficultly accessing communities and lack of education around immunization, Eamer said.

"When you get these big outbreaks it tends to be an indicator of underlying issues. Either the communities are hesitant or afraid of vaccines, or there are access problems and they want vaccines but can't get them."

"It will be complex in the same regards as the Ebola campaign is complex," Eamer said. 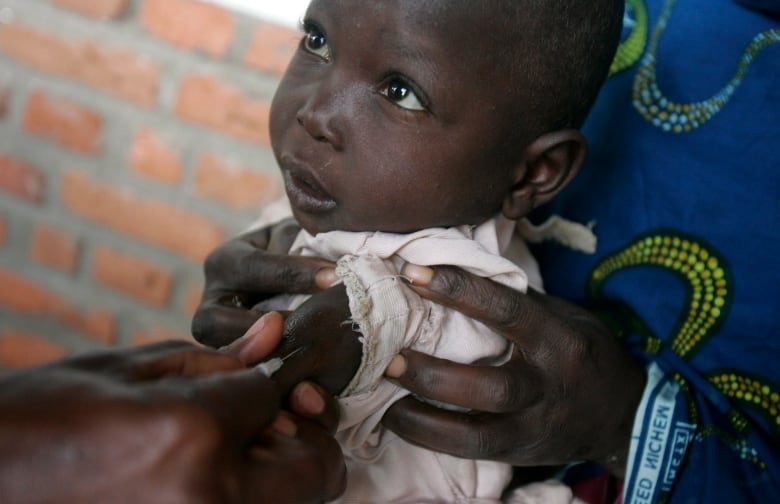 In this file photo a child is immunized against measles at a Kibati clinic in eastern Congo. Statistics released by UNICEF on Nov. 27 show more than 5,000 people have died from measles since the start of the year. (Karel Prinsloo/The Associated Press)
violence against health workers complicating measles outbreak ebola ravaged congo

YouTube Millionaires: For Our First 10 Million Subscriber Special, We Check In With Chad Wild Clay And His Burgeoning Franchise ‘Spy Ninjas’

5 StreamElements provides free services as part of a new...

9 The Most Popular Original and Licensed Series on Netflix...