Home /
News /
What you need to know about Trump's impeachment trial

What you need to know about Trump's impeachment trial

On Dec. 18, U.S. President Donald Trump was impeached by the U.S. House of Representatives on charges of abuse of power and obstruction of Congress. He now faces the third presidential impeachment trial in U.S. history.

Trump is accused of abusing his presidential power by pressuring Ukraine to investigate Democratic rival Joe Biden, using military aid to the country as leverage. Trump is also charged with obstructing Congress in the ensuing probe.

The president has insisted he did nothing wrong.

At the end of the trial, the Republican-controlled Senate will vote on whether Trump should be removed from office.

Here what we know about procedure and where the wildcards are in the trial to start Tuesday afternoon.

Seven Democratic members of the House of Representatives, who were chosen by House Speaker Nancy Pelosi, will make the case against Trump, making them de facto prosecutors: 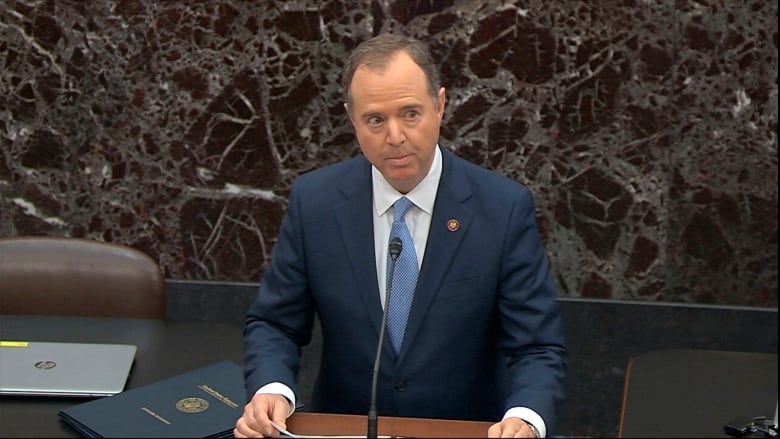 Of all the managers, only Demmings is without a law degree. However, she does have law enforcement experience, as she was the former police chief of Orlando. One or more of them will give opening statements and legal arguments and closing arguments. They will also question any witness who might be called to testify.

Although there's nothing that precludes the president appearing at his own impeachment trial, Trump is not expected to show up during the proceedings. Instead, he will be represented by a bevy of high-profile lawyers. They will be led by White House counsel Pat Cipollone and Trump's private attorney Jay Sekulow. But his team also includes former independent counsel Ken Starr, who paved the way for the impeachment of Democratic President Bill Clinton in 1998, and prominent lawyer Alan Dershowitz.

His lawyers will present their case for the president, and be allowed to cross-examine the impeachment managers, along with any witnesses. 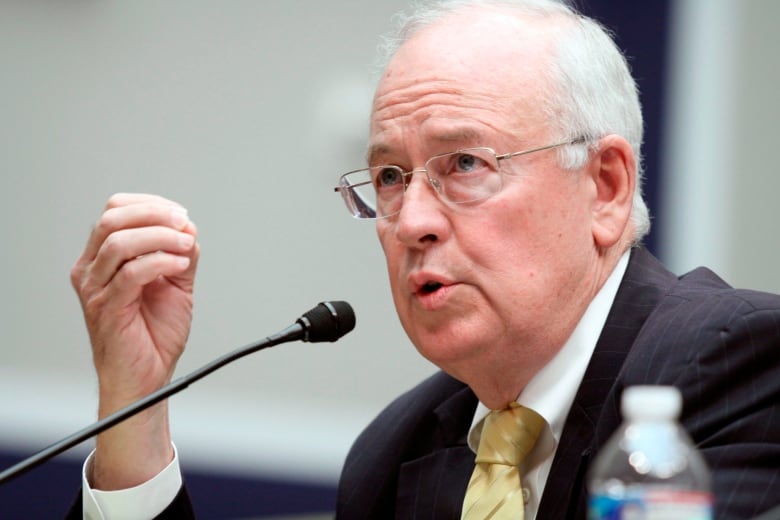 Kenneth Starr, seen in 2014, served as independent counsel, providing findings that helped lead to the impeachment of President Bill Clinton in 1998. He will be one of Trump's lawyers in his impeachment trial. (Lauren Victoria Burke/The Associated Press)

The senators are effectively the jury, who will ultimately vote 'yea' or 'nay' to remove the president from office. They have all sworn an oath to be impartial, meaning their decision, in theory anyway, is not supposed to be based on any political considerations, even though many have already indicated how they're likely to vote, based on party affiliation.

The senators are not involved during the trial in making the case against Trump, or defending him, but they will rule on procedures, how to handle motions, and decide whether or not witnesses will be called.

They may also be allowed to ask questions, if the trial follows similar procedures to those of the Bill Clinton impeachment trial. In that trial, questions were asked through the chief justice.

The presiding officer of the trial will be Supreme Court Chief Justice John Roberts, however, his role is limited.

Unlike a trial judge, Roberts won't be ruling on objections, but he does have contempt authority, if, for example, a witness refuses to testify. He will rule on the relevance of material, but the Senate majority can overrule his rulings.

Although the senators are supposed to be impartial and keep an open mind, all indications point to an acquittal for Trump. The Republicans have a slight majority in the Senate, but for Trump to be removed from office, two-thirds must vote against the president.

What we don't know

Currently, the Senate has a set of bare bones, impeachment rules that need to be fleshed out, something that is expected to happen on Tuesday.

For example, it needs to be determined how long the house impeachment managers and the president's defence team will have to present their respective cases. Also will questions be allowed to be asked?

And then, of course, the big question – will witnesses be called? Some of the procedural details should be made clear on Tuesday by Senate Majority Leader Mitch McConnell.

Clinton's impeachment trial lasted five weeks. Each side had 24 hours to present its case, and there were 16 hours set aside for senators to ask questions. Those questions, though, were written, submitted to the presiding judge, former Supreme Court justice William Rehnquist, who asked the questions on behalf of the senator.

What to watch for during the trial

Only days before the trial, more information related to the Ukraine scandal has emerged. 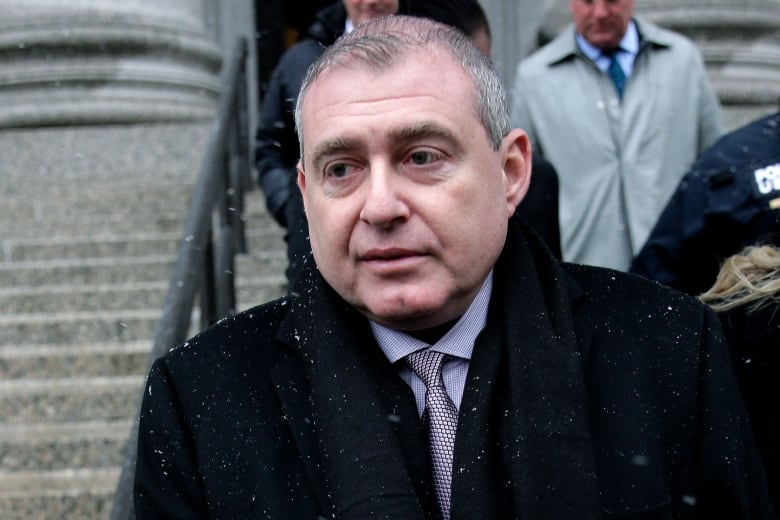 For example, Lev Parnas, an indicted associate of Trump's personal lawyer Rudy Giuliani, said in a recent interview that Trump was directly involved in the effort to pressure Ukraine to investigate his potential Democratic rival Joe Biden. He told MSNBC's Rachel Maddow that he, on the behest of Giuliani, delivered an ultimatum to the incoming Ukraine president that no senior U.S. officials would attend his inauguration and U.S. security aid would be withheld if an investigation into Biden wasn't announced.

So it's certainly possible more relevant information could be revealed during the trial.

Joshua Kastenberg, law professor at the University of New Mexico, said when it comes to procedural matters, expect "fireworks" when Democratic and Republican senators start haggling over the issue of witnesses.

While the Republicans are resistant to any witnesses being called, Democratic Senate Minority Leader Chuck Schumer has indicated he would like to subpoena at least four: former Trump national security adviser John Bolton, acting White House chief of staff Mick Mulvaney, Robert Blair, Mulvaney's senior adviser, and Michael Duffey, associate director for national security at the Office of Management and Budget. Bolton, who left the White House in September, has said he would be willing to testify. Parnas, as well, has indicated he would testify at the trial.

The Republicans have a 53-seat majority in the Senate, meaning the Democrats need four Republicans to vote with them to agree for witnesses to be called.

"Are there four Republicans who feel compelled that the nature of the trial demands that they hear from people with potentially informative information about the president's role?" asked Binder.

Some Republicans have been meeting privately to guarantee that witnesses be called, The Associated Press reported. (For example, Republican Senator Susan Collins has already indicated she would likely support such a motion.)

The president himself has said he is open to hearing from some witnesses, but those include Schiff, Biden and his son Hunter Biden and the two whistleblowers, in connection with the Ukraine scandal. 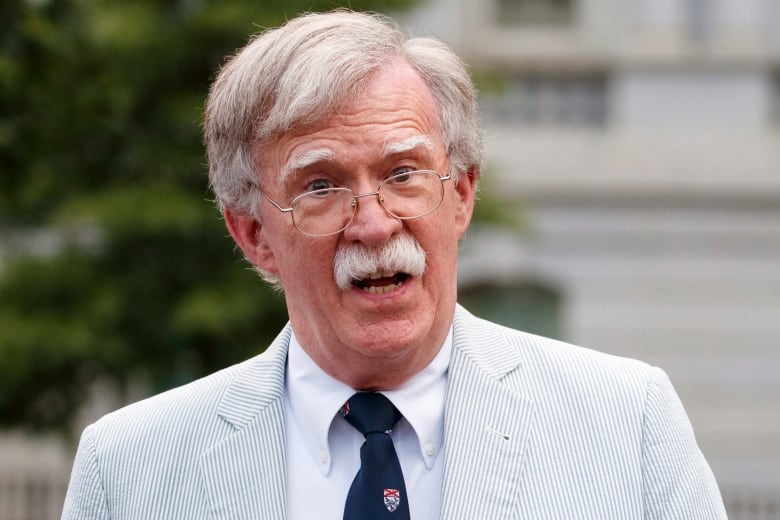 Trump and Republicans have raised questions over Hunter Biden's role on the board of the Ukrainian gas company Burisma while his father was vice president and oversaw policy in the region. Trump is keen to see him questioned as a way of creating doubts about his opponent.

The House impeachment hearings already laid out a preview of what to expect in terms of the case the managers will be making against the president.

But it's not exactly clear how his team will defend him.

'Is it that he did nothing wrong, that these were all his powers? Or that maybe he shouldn't have done X, Y, Z, but they're not impeachable," said Binder.

The president isn't known to hold back on his opinions, particularly on issues related to himself. He has already dismissed the entire impeachment process as a "hoax."

"I think the other element of uncertainty here is how the president reacts as he's presumably glued to watching the managers, who he will see as a personal attack on him by a rather diverse group of House Democrats," said Binder. "And also ... will the president think the defence that has [been] mounted right for him?"

"It's unclear what Chief Justice Roberts will do with respect to the scope of his role," Wehle said. "That's not well-defined."

During the Clinton impeachment trial, Rehnquist took a very ceremonial role, she said

"His position was 'I'm just here, almost like a figurehead. He referred a lot of the issues to a Senate parliamentarian expert and didn't actually weigh in and make any substantive rulings."

She said Roberts, though, could take an interest in bringing decorum and fairness to the process.

Kastenberg said Rehnquist, with his government experience, was considered a no-nonsense kind of a guy who could keep order during the Clinton trial.

"The Senate is different today. I'm not sure John Roberts can. It'll be interesting to see him try to keep control." 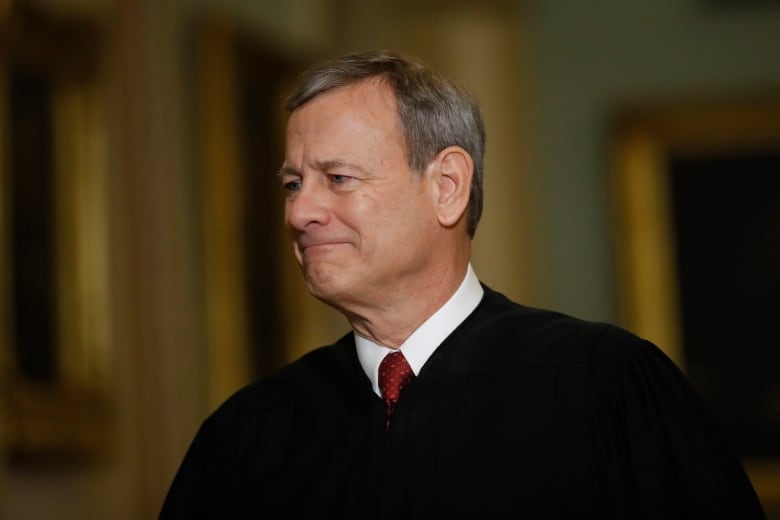 While Trump's acquittal is expected, it will be interesting to see if any Republican votes for the president's removal or any Democrat votes for him to remain in office. Any votes against party lines are expected in the motions, where some Republicans may go against the majority of their party and, agree, for example, that witnesses be heard.

What do the Democrats want out of the trial?

Since Trump's removal from office is unlikely, the Democrats, quite simply, want to impose as much political pain as they can on individual Republican senators and the president. With an election around the bend, it's all directed toward regaining the majority in the Senate, and dumping Trump in the next election, said William Schneider, a professor of policy, government and international affairs at George Mason University.

"It's not going to put him in jail, it's going to throw him out of office. It just provides ammunition for the Democrats. And that's valuable."

But some Democrats, like Senators Elizabeth Warren and Bernie Sanders, can't afford for the trial to drag on too long. They need to get back to campaigning for the upcoming presidential primaries.

What do Republicans want?

"Republicans want to cut it, cut it as short as possible," said Schneider.

"They want it all over and done with and forgotten," he said. "The Republicans just want to get this over as quickly as possible."

However, they do have to worry about the perception that they are not being fair and "railroading the thing through … because you've got to understand, this is a country that gets trials."

He said they will have to allow at least a couple of witnesses who support conviction, "otherwise, the process will easily, quickly be denounced as unfair."

Certainly he wants to remain in office. But Trump also wants total vindication, that he did nothing wrong. He also wants to inflict as much damage as he can on his Democratic rivals, particularly Biden, which is why he is hoping some of his preferred witnesses may make an appearance.

3 ‘Borat’ Tit For Tat With Donald Trump Continues With...

6 Brad Pitt Celebrates Joe Biden As “President For All...

7 Unemployment: New Stimulus Is Close, But Unlikely To...