If there is a glimmer of a silver lining for Canada, the U.K. and its allies as they watch the brutal crackdown on anti-government protesters in Belarus, it's this: Russia probably doesn't want another Ukraine — and it certainly can't afford one.

The imposition of sanctions by both countries Tuesday against Belarusian President Alexander Lukashenko, his son and six other Belarusian government officials in the wake of a disputed presidential election was the outcome of a delicate diplomatic dance that took weeks — even though some European nations chose to remain wallflowers.

Former Canadian diplomat Colin Robertson said the Magnitsky-style sanctions would have had more punch if they'd been part of a wider multinational effort.

"In the case of Belarus, we have gone after the kingpins and we hit them where it hurts — their pocketbooks and ability to travel," he said. "It would have been better if it were a G7 rather than just Canada and the U.K., but I guess it's a reflection of EU solidarity."

Some experts, meanwhile, say they think there's a better-than-even chance that — although they're not aimed at Russia — the economic penalties will prompt dialogue and lead to de-escalation. 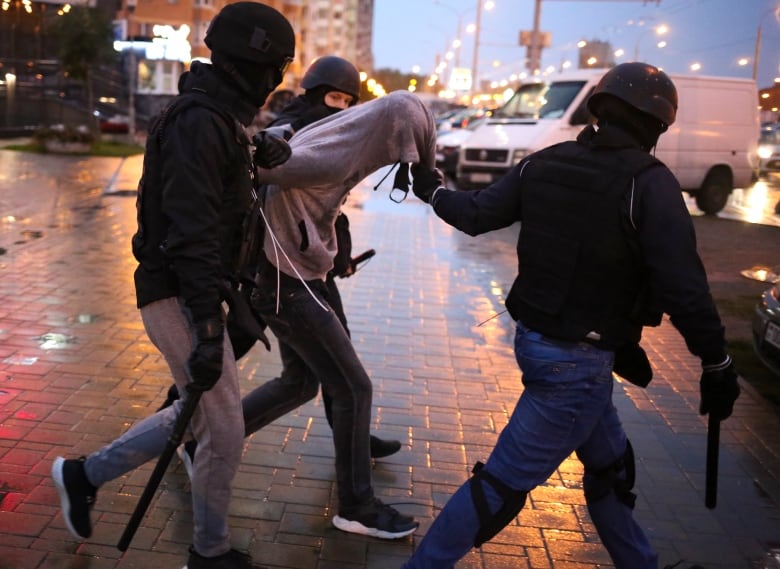 While surface comparisons can be made between the situation in Belarus now and the six-year-old war in Ukraine, the geopolitical and economic landscapes are different, said Rasiulis, who once ran the Directorate of Nuclear and Arms Control Policy at the Department of National Defence.

Unlike the Ukrainians who took part in the anti-government, post-election protests in Kyiv that preceded the Russian invasion and annexation of the Ukrainian territory of Crimea in 2014, those demonstrating in Minsk are not demanding closer association with the West or using much anti-Russian rhetoric. Belarusians are, primarily, rising up to demand good government.

And Moscow is in a weaker economic position now than it was in 2014 — in part because of the punishing sanctions imposed after its seizure of Crimea and armed intervention in eastern Ukraine. 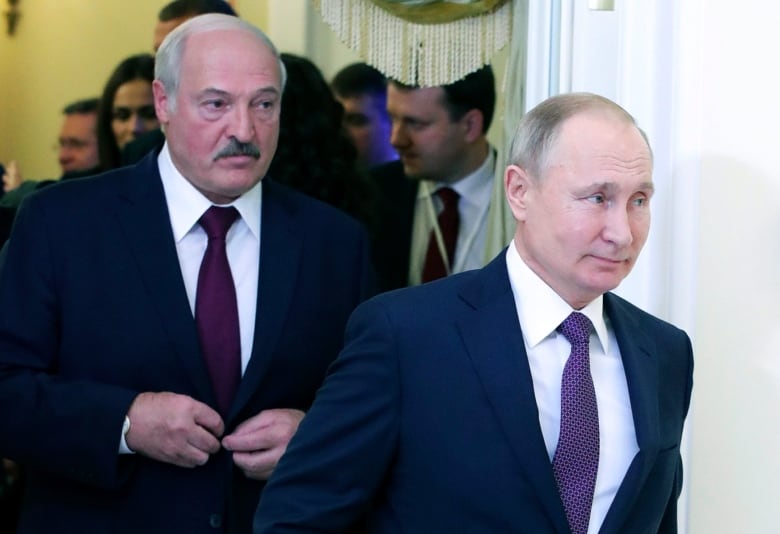 For Belarus, getting hit by international sanctions following a presidential election is almost a regular thing.

In 2006, in reply to a heavy-handed response to protests, the U.S. and European Union levelled sanctions on dozens of Belarusian individuals and state-run companies. The EU eased up in 2016 when Lukashenko released political prisoners, but Washington has maintained an array of restrictions on Belarusian officials, including the president himself.

Robertson said the West has learned the hard way that targeted punishments, such as those imposed on Tuesday, will be more effective in the long run.

Experts at the U.S.-based RAND Corporation and elsewhere have warned repeatedly over the past decade that targeting key Belarusian state-owned enterprises (such as chemical and petrochemical industries) and restricting the flow of capital would cause higher economic damage to the country as a whole and hurt many ordinary citizens.

The chances of political concessions appear to be higher when you hit the business elite and the cronies, says one recent study by the think-tank.

That report, which looked at Russia's influence in Eastern Europe and ways to contain it, said efforts to promote a more liberal Belarus were unlikely to succeed and could provoke a strong response from Moscow.

Russia, they said, is the key — and Moscow could be enticed to go along.

"A more democratic, Eastern Slavic state on Russia's border might be difficult for the Kremlin to accept, but the European Union and the United States could make clear that any improvement in relations with Moscow would depend on it not intervening coercively in Belarus," wrote Courtney, a former ambassador, and Haltzel, a former policy adviser to U.S. Senator (now Democratic presidential nominee) Joe Biden.

Canada, Latvia and other western nations have called for mediation, said Rasiulis — who is convinced Moscow is more interested in keeping Belarus in its orbit than in Lukashenko's political survival.

The Institute for the Study of War, another prominent U.S. think-tank, has warned that some of the Russian army units which took part in a recent joint military exercise may not have returned home from Belarus last week as planned.

Rasiulis said that while it's clear Russian is keeping the option of force on table, he has a hard time believing Moscow would launch a violent crackdown because of how it would alienate the people of Belarus.

74 Of The Most Wholesome Rescue Pet Photos Of...

8 Brooke Shields wears a bikini to prove ‘women over 50 are...