As countries such as Canada and the United States continue vaccinating millions of citizens, global health experts warn the pandemic could keep raging if lower-income nations don't get their share of much-needed doses.

It's a concern that's growing even as Dr. Anthony Fauci, chief medical advisor to newly inaugurated U.S. President Joe Biden, announced on Thursday the country will rejoin the World Health Organization (WHO) — and with it, the COVAX Facility, a global initiative to ensure COVID-19 vaccines reach those in greatest need.

It's long overdue, some say. Others worry it's just the latest example of lip service after what's so far been a deeply inequitable vaccine roll-out around the world.

"I would characterize the approach to global vaccine distribution as a massive failure," said Jenna Patterson, the South Africa-based director of health economics at the Health Finance Institute, a U.S. non-governmental organization.

'No doses in the pipeline' for some countries

While Canada is among the nations signed on with COVAX, it's also one of the wealthy countries buying up massive shipments from a slate of vaccine producers — with millions of doses already administered between them.

Meanwhile, other countries have no doses in the pipeline, with some lower-income nations waiting for international aid that could take months.

That could amount to "catastrophic moral failure" on a global scale, WHO director general Tedros Adhanom Ghebreyesus warned on Monday.

And from both an ethical and economic standpoint, the disparities could prove a lose-lose.

"Everyone wants to go back to some sense of normal," said Dr. Ranu Dhillon, a global health physician who teaches at Harvard Medical School.

"But that won't be possible unless we solve this globally." 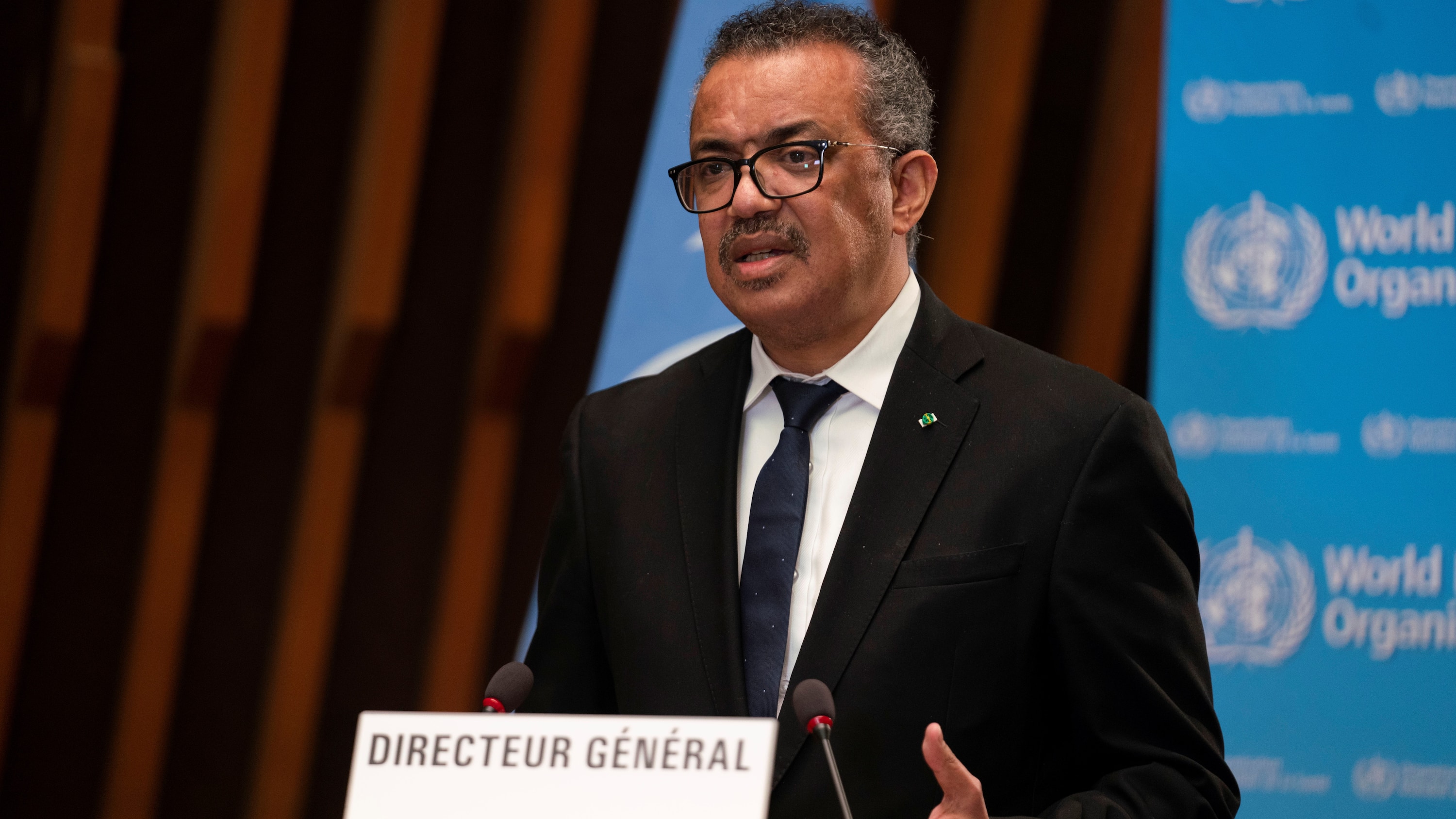 The wealthier countries of the world are buying up too much of the COVID-19 vaccine supply and leaving too little for poorer countries, says WHO Director-General Tedros Adhanom Ghebreyesus. 0:57

On one hand, countries without COVID-19 vaccination programs could experience more infections and deaths for far longer; on the other, the possibility of vaccine-resistant variants emerging from ongoing hot zones could backfire on already-vaccinated countries as well.

"Not only does this me-first approach leave the world's poorest and most vulnerable at risk; it is also self-defeating," Tedros said at the opening of the annual meeting of the WHO's executive board.

"Ultimately, these actions will only prolong the pandemic."

Allowing the virus to continue its spread in certain regions could impact travel and tourism, supply chains and the world economy, warned several experts who spoke to CBC News.

The coronavirus doesn't respect international borders, said Dhillon, evidenced by the ongoing global spread of variants first found in countries such as Brazil and the U.K., meaning there's no way to end the pandemic by focusing solely on national response.

If transmission continues largely unchecked in lower-income countries, there's a possibility that variants emerge that don't respond to current vaccines being rolled out in wealthy nations, he said.

A situation like that could derail widespread vaccination efforts, travel routes and economic recoveries.

"We can't control COVID unless we control it in the rest of the world," echoed Dr. Anna Banerji, an associate professor at the University of Toronto's faculty of medicine and the Dalla Lana School of Public Health.

"And so that's an additional incentive to get the whole world working together to try to get all places, rich and poor, vaccinated as soon as possible." 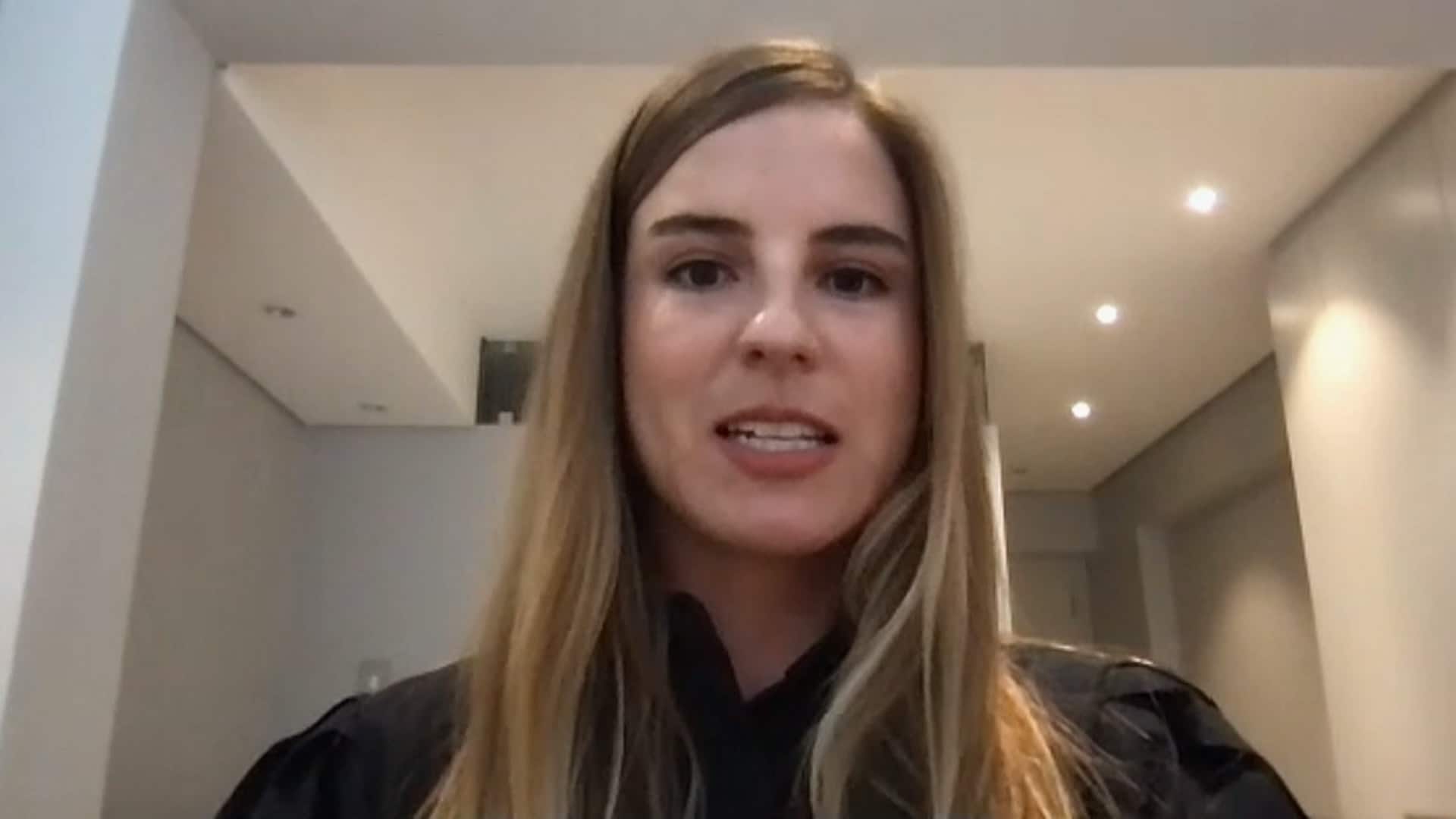 While Canada's vaccination program got off to a slow start, including an imminent pause on shipments from Pfizer-BioNTech, it remains among the countries poised to vaccinate tens of millions in the months ahead.

Canada has administered close to 700,000 shots so far, providing at least one dose to roughly 1.7 per cent of the population.

Israel, the world leader in doses per capita, has vaccinated more than three million people; the United Kingdom more than five million; and the U.S. and China have both inoculated more than 15 million and counting.

That's a stark contrast to some of the world's poorest nations.

Many African countries, in particular, are in danger of being left behind as countries in other regions strike bilateral deals, driving up prices, according to the WHO.

The delay is, in part, because of the stringent cold-storage requirements for certain vaccines, which can be challenging to accommodate in remote areas. But WHO officials said they're working to ensure countries' readiness to receive shipments, and suggested clear inequities are also at play.

"It is deeply unjust that the most vulnerable Africans are forced to wait for vaccines while lower-risk groups in rich countries are made safe," said Dr. Matshidiso Moeti, the WHO's regional director for Africa, in a statement the organization released on Thursday.

Guinea is currently the only low-income country in Africa to provide its residents with COVID-19 vaccines, and to date, according to the WHO, those have only been administered to 25 people. 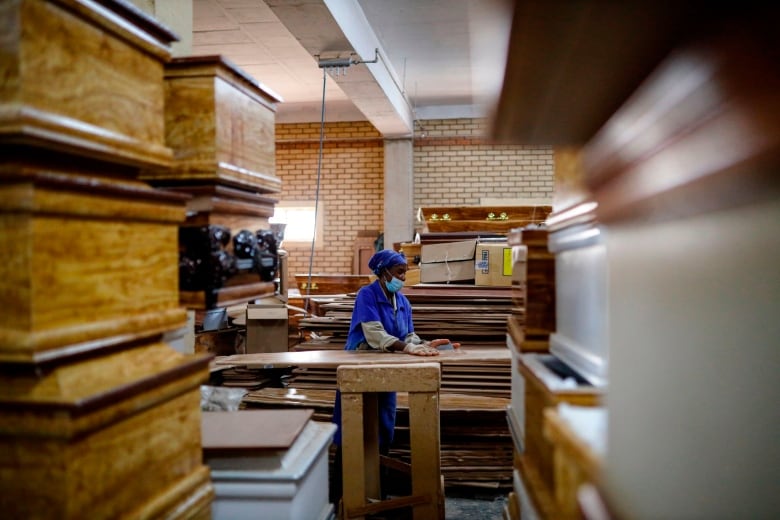 Casket and coffin manufacturers in South Africa are currently experiencing an increase in demand because of the high number of registered deaths caused by COVID-19. While wealthy nations buy up vaccines from multiple producers, poorer countries have no doses in the pipeline. (Guillem Sartorio/AFP/Getty Images)

No doses yet in many countries

Patterson, who's based in South Africa and was speaking for the Health Finance Institute, said it's in the world's best interest to ensure all countries are vaccinated against this virus, on both economic and moral fronts — since the death toll in unvaccinated regions could continue skyrocketing while infection rates drop elsewhere.

"And COVID has displayed this better than any other disease, how the health of one nation affects another," she said.

South Africa is the hardest-hit country in Africa with more than 1.3 million cases to date. It's also now known for first discovering one of several concerning new variants of the SARS-CoV-2 virus — one which appears to be more transmissible, and potentially capable of evading some level of immune response.

Yet the country hasn't vaccinated any of its residents and is set to pay more than twice as much per dose for its batch of the AstraZeneca coronavirus vaccine from the Serum Institute of India compared to purchases made by countries in the European Union, according to a Reuters report.

Malawi, a low-income country in southeastern Africa, also has no vaccination campaign underway, even though the situation on the ground is a "disaster" according to Dr. Titus Divala, a physician and lecturer with the University of Malawi College of Medicine.

The country is currently grappling with a surge of COVID-19 cases, far higher than its first wave, which recently claimed the lives of two cabinet ministers and prompted a national lockdown. It has more than 16,000 cases of COVID-19 and 396 deaths to date.

"I think we're going to be in a situation where we do need the vaccine, but we don't have access to it for some time," Divala said.

Through the COVAX initiative — organized by the WHO, the Coalition for Epidemic Preparedness Innovations and Gavi, the Vaccine Alliance — international aid is meant to arrive,  albeit slowly, in the shadow of vaccination programs elsewhere that are months ahead.

The coalition has secured at least two billion doses of vaccines from multiple companies, with sources telling Reuters on Thursday that Pfizer-BioNTech, one of two companies with vaccines currently approved for use in Canada, will be signing on as well.

COVAX has committed to vaccinating at least 20 per cent of the population in Africa by the end of 2021 by providing a maximum of 600 million doses, with a first round of 30 million doses expected to start arriving in countries by March.

The WHO, however, warned shipments and timelines could change if vaccine candidates fail to meet regulatory approval — or if production or funding challenges arise.

Alison Thompson, an associate professor at the University of Toronto and researcher on ethics and public health, said countries like Canada and the U.S. who participate in COVAX need to either support other countries' vaccination efforts financially or, at some point, take a backseat so other nations can enter the crowded queue.

"That's a hard sell politically," she added, "but it really does raise the question about, what are Canada's global obligations to public health?" 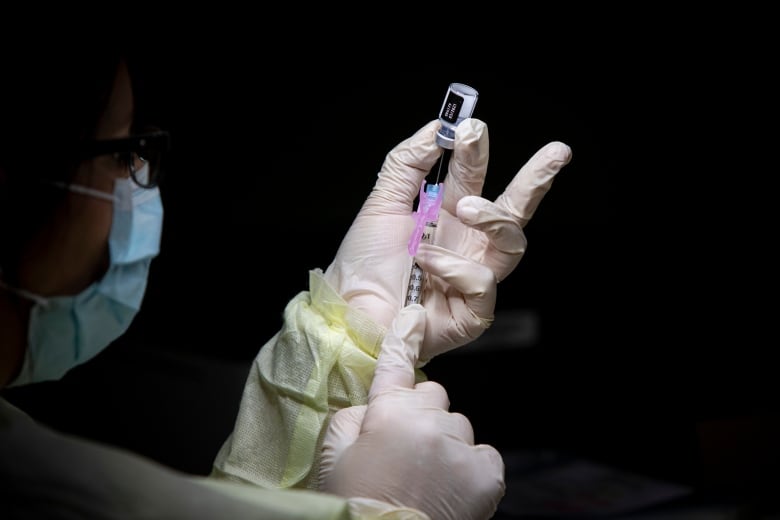 A technician prepares COVID-19 vaccines in Toronto. COVAX, a global initiative to ensure COVID-19 vaccines reach those in greatest need, has committed to vaccinating at least 20 per cent of the population in Africa by the end of 2021. (Evan Mitsui/CBC)

Dhillon, the physician from Havard, said this pandemic has shown the level of innovation and technology available, and now it's just a matter of scaling up to meet international need.

It's all easier said than done in a charged climate where citizens are clamouring to access shots in short supply within their own borders, and Canada is no exception.

But Dhillon compared the current vaccine landscape to the therapies that emerged to prevent AIDS, the often-devastating illness caused by HIV, or human immunodeficiency virus.

Wealthier nations accessed those first, he explained, while poorer countries were left waiting, with many of those infected in the developing world still starting therapy late.

"Instead of waiting to look back in retrospect and question why we didn't do more — I think we're in that moment now," Dhillon said.

NPHET in favour of stopping all non-essential...

3 People Share What They Found Thrown Away And The Phrase...

8 ‘WandaVision’ “The Series Finale” Recap: What Now For...