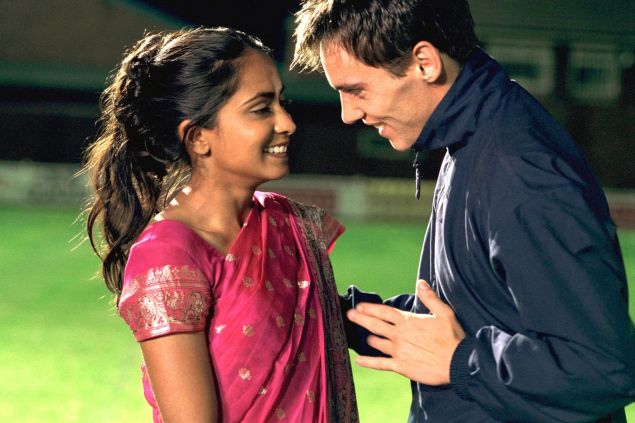 Anime dragons, mass murderers and a fun British soccer comedy are your must-see streaming options this weekend. Observer Entertainment has curated the guide below to help figure out what to watch this weekend on your off-hours. The major streaming services alike are represented below, from Netflix to Hulu to Amazon, and we’ve offered recommendations for for all of them, including both new releases as well as hidden gems that may be buried between the cracks.

For the uninitiated, Dragon’s Dogma is a tremendously underrated action-RPG video game by Capcom, the kind of game that invites you to immerse yourself in an open world of sorcery and sin. So it’s logical that Netflix would drop a new action anime, Dragon’s Dogma, based on the game and directed by Shinya Sugai (Guardian of the Sacred Spirit, Tales of Vesperia). So far, Dragon’s Dogma, which is seven episodes long, each of which is named after one of the Seven Deadly Sins, is a carnage-filled fantasy wonder. If you’re a genre or anime fan, give it a shot. Watch Dragon’s Dogma on Netflix.

If you’re still sleeping on The Blacklist you’re making a mistake. This thriller series stars James Spader and Megan Boone as a criminal mastermind and FBI profiler, respectively, who have team up to catch the bad guys. His connection to her is slowly revealed as the series progresses and despite the fact that the premise feels like a better fit for a limited miniseries or a taut film like Silence of the Lambs, The Blacklist has made it work, beautifully, for seven seasons going on eight. Watch The Blacklist for free on Peacock.

How do you talk to a genocidal mass murderer who is now considered a national hero? The Act of Killing and its companion documentary The Look of Silence attempt to answer that question by confronting the people who committed the Indonesian mass killings of 1965-66. For the film, directors Joshua Oppenheimer,  Christine Cynn and an anonymous Indonesian confronting their country’s brutal history invited executioner Anwar Congo to discuss his role in the the murder of a million Indonesians and recreate for the camera how he went about doing. The critically acclaimed films are two of the most harrowing documentaries ever made. Watch The Act of Killing and The Look of Silence on Amazon Prime Video.

Red alert: Bend It Like Beckham has hit Disney+! The easygoing, early-’00s sports comedy that became a vehicle for stars Parminder Nagra, Keira Knightley and Jonathan Rhys Meyers remains a joy to watch for its winning humor, tender story and positive, socially conscious portrayal of British Indian Sikhs in London. Watch Bend It Like Beckham on Disney+.

If there is one film that showcases the range, nuance and leading-lady chops that Margot Robbie is capable of—and isn’t a superhero movie—I, Tonya is it. Craig Gillespie’s film never condescends to its audience or its subject in its portrayal of Tonya Harding, the volatile and ultimately violent figure skater who planned an attack on fellow skater Nancy Kerrigan. Instead it puts the focus on fictionalized “interviews” with the players involved to paint a moving and darkly funny portrait of a woman pushed to her wits’ end. Watch I, Tonya on Hulu.

Blood Simple is on HBO Max, responsible for a string of firsts; it’s the Coen brothers’ directorial debut, the first major film shot by future director Barry Sonnenfeld and the first film starring Frances McDormand, to name just a few. It’s also a murderous neo-noir classic shot in Texas in the early ’80s, a film that would set a template for many of the Coens’ films to follow. Watch Blood Simple on HBO Max.

The Last Waltz, both one of the greatest concert films and one of the greatest documentaries ever made, is available for free. This Martin Scorsese film features footage and interviews from The Band as they go about preparing for and playing one of their epic final shows. Interviews with Band members like Robbie Robertson and Levon Helm are intercut with performances of hits by both The Band and their collaborators like the Staples Singers, Van Morrison, Bob Dylan, Joni Mitchell and others. Watch The Last Waltz for free on Tubi.

Quentin Tarantino’s Kill Bill films still get plenty of credit as great action films. They’re triumphs of image and emotion filtered through spectacular movement, especially if you’re partial to the genre trappings that no Tarantino film is permitted to escape from, and Uma Thurman’s performance is simply one for the record books. Both volumes are available to watch for free. Watch Kill Bill for free on PlutoTV.