Join gaming leaders, alongside GamesBeat and Facebook Gaming, for their 2nd Annual GamesBeat & Facebook Gaming Summit | GamesBeat: Into the Metaverse 2 this upcoming January 25-27, 2022. Learn more about the event.

Activision Blizzard game-testing workers in Wisconsin are expected to file for a union with the National Labor Relations Board. In the meantime, the company reorganized the testers in an alleged effort to split them up, the Washington Post reported.

The action will come after the company failed to reach an agreement with the 34 quality-assurance workers at Raven Software who have said they are forming a union. The workers had asked for Activision Blizzard, which has about 9,500 workers and publishes Call of Duty, to recognize their union, which is a rarity in the video game industry.

The workers at the Madison, Wisconsin-based Raven Software division of Activision Blizzard said they have a majority of votes within their department. The workers are testers on the Call of Duty: Warzone game, and their union effort was triggered by layoffs, excessive overtime, and low pay. Activision recently announced it was pushing back the launch of Season 2 of Call of Duty: Vanguard and its accompanying Warzone update as it worked to quash bugs.

Meanwhile, Raven’s studio boss Brian Raffel sent a letter to employees saying that the company had made an organizational change that was part of its ongoing changes at the studio. It said it would take the game testers and spread them out among the departments they worked for and embed them in departments such as animation, art, design, audio, production and engineering.

The workers saw this as an effort to dilute their unionization efforts across a larger number of departments and employees. That carries some risk, as the union has made no secret that it hopes to unionize more divisions at Activision Blizzard, as well as the rest of the game industry, to fight conditions such as overworking. It’s also a challenge considering many workers have been leaving to join well-financed startups during gaming’s boom.

The 2nd Annual GamesBeat and Facebook Gaming Summit and GamesBeat: Into the Metaverse 2

Raffel said “as we look ahead at the ongoing expansion of Call of Duty: Warzone, it’s more important than ever that we foster tighter integration and coordination across the studio – embedding will allow for this.”

He said this was part of a plan that started a few months ago, but it heated up in December when the company laid off some staff, triggering a strike among the Raven testers. The strike lasted seven weeks.

He said other studios across Activision used the “embedded model” to better coordinate staff and results in a fast-moving, live-services operation.

But union observers wondered if the move was retaliation against the workers for voting for a union. More than 55% of game developers say they favor a union, according to a survey released last week by the Game Developers Conference. 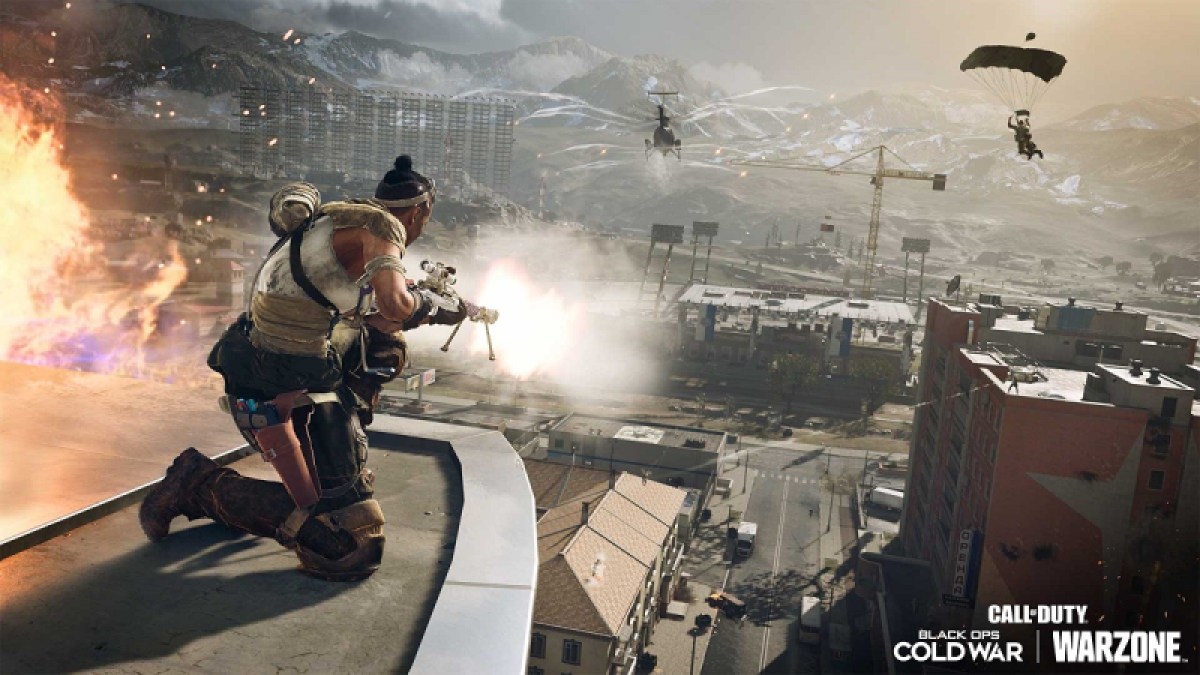 Fighting from above in Nakatomi Plaza in Warzone.

On Friday, the Game Workers Alliance Union (CWA), with Communications Workers of America, said it had formed a union at Raven’s quality assurance department. It happened after Microsoft agreed to acquire Activision Blizzard for $75 billion.

“Today, I am proud to join with a supermajority of my fellow workers to build our union, Game Workers Alliance (CWA),” said Becka Aigner, QA functional tester II at Raven, in a statement from the group on Friday. “In the video game industry, specifically Raven QA, people are passionate about their jobs and the content they are creating. We want to make sure that the passion from these workers is accurately reflected in our workplace and the content we make. Our union is how our collective voices can be heard by leadership.”

The workers in the aspiring union, dubbed the Game Workers Alliance, cited allegations of toxic corporate culture at their parent company among the reasons that motivated them to organize. Last July, California’s Department of Fair Employment and Housing (DFEH) filed a gender-based discrimination, inequality and harassment lawsuit against Activision Blizzard, alleging the company had a “frat boy culture” that included excessive drinking and sexual harassment.

Raven Software itself has more than 300 employees, and it is working on Call of Duty titles such as Warzone as well as others.

The company issued the following statement this afternoon, “At Activision Blizzard, we deeply respect the rights of all employees to make their own decisions about whether or not to join a union. We carefully reviewed and considered the CWA initial request last week and tried to find a mutually acceptable solution with the CWA that would have led to an expedited election process. Unfortunately, the parties could not reach an agreement.”

The company added, “We expect that the union will be moving forward with the filing of a petition to the NLRB for an election. If filed, the company will respond formally to that petition promptly. The most important thing to the company is that each eligible employee has the opportunity to have their voice heard and their individual vote counted, and we think all employees at Raven should have a say in this decision.”

Meanwhile, Bloomberg reported that a sequel to Call of Duty: Warzone is expected in 2023. It also said that Sony will have the rights to publish that title as well as the annual Call of Duty releases in 2022 and 2023.

GamesBeat's creed when covering the game industry is "where passion meets business." What does this mean? We want to tell you how the news matters to you -- not just as a decision-maker at a game studio, but also as a fan of games. Whether you read our articles, listen to our podcasts, or watch our videos, GamesBeat will help you learn about the industry and enjoy engaging with it. Learn More

Most overrated Nintendo games | Last of the...

‘Our Kind Of People’ Creator On Shocking Finale...