Home /
Entertainment /
After ‘The Bachelor’ & ‘The Midnight Club’, Elan Gale Scares Up New Twists In Hulu Dating Series ‘Back In The Groove’

After ‘The Bachelor’ & ‘The Midnight Club’, Elan Gale Scares Up New Twists In Hulu Dating Series ‘Back In The Groove’ This isn’t too far from the plot of Back in the Groove, Hulu’s new dating format hosted by Taye Diggs.

The series, which debuted today and is being stripped through the week, follows three single women in their 40s, all stuck in the grind of their everyday lives, who check into The Groove Hotel to find love. However, there are mommy issues, some stranger than others, among the young men vying for the attention of Atlanta’s Sparkle, Miami’s Steph and LA’s Brooke. 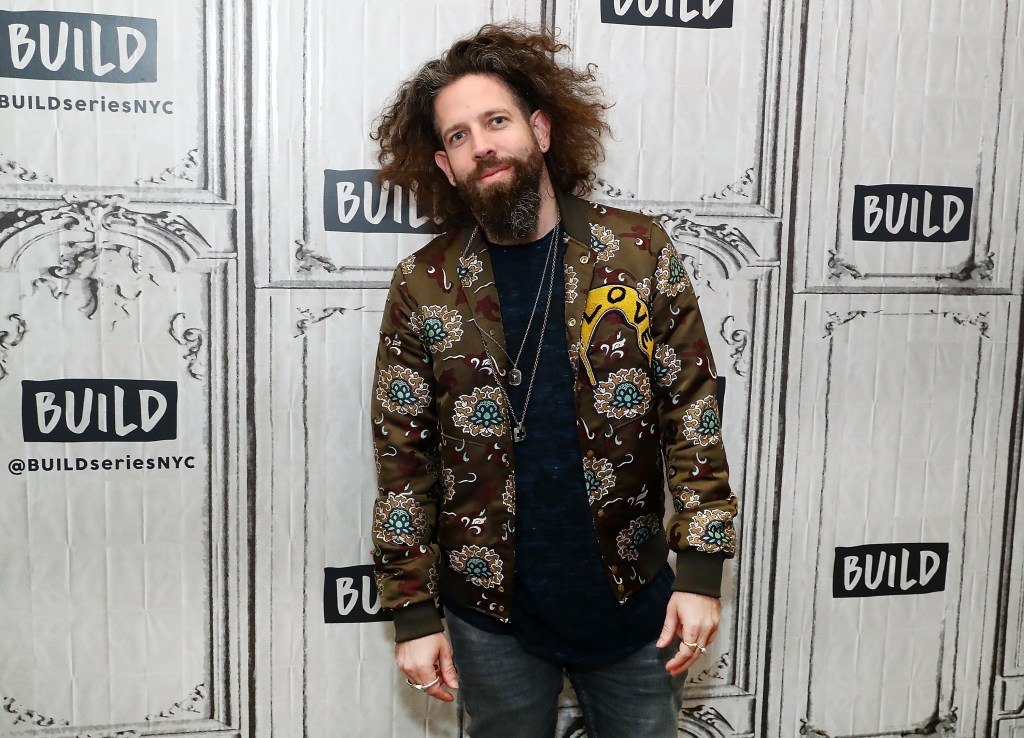 Gale is a fascinating character, a man that not only spent many years working on The Bachelor franchise and creating HBO Max’s FBoy Island, but being a horror writer on Mike Flanagan series such as Midnight Mass and The Midnight Club.

Back in the Groove isn’t a Gale creation, per se, he was brought on after How Stella Got Her Groove Back star Diggs and producers Sonya Wilkes and Michael Krupat decided to create a new dating format.

The three women in the show are looking to “rediscover their youth, live joyously, and hopefully find love with men half their age” and this “journey” could be a bit serious without a few laughs.

“The idea was to really lean into some of the comedy that I try to bring into shows to make sure that they don’t, you know, become too self-serious, because I think that dating shows have a tendency to do self-serious, unless you fight pretty hard against the current,” said Gale.

The show is set in a resort in the Dominican Republic and Gale admits that he was also watching a lot of The White Lotus ahead of filming. There’s also a major twist at the end of episode one, which you’ll have to watch to see for yourself.

Gale says that “self-actualization” is the real goal of Back in the Groove, rather than necessarily finding eternal love, and while it’s tough to differentiate dating formats, an incredibly well-trodden path, the age of this show’s stars makes this one different to others.

“Most of the leads on shows that I’ve worked on are younger and [these women] simply have lived a little more life. They have more stories, they’ve been through more, so we really do explore those in great depth in a way that you can’t on other shows,” he added.

Gale is behind a number of dating series on streamers including FBoy Island, which was arguably the noisiest dating series on a streamer, having run for two seasons on HBO Max, before it moved out of unscripted programming, and Amazon’s Cosmic Love and The One That Got Away.

He says that it’s been a time of a “lot of creativity” from the new streamers. “Even the streamers that are broadcast partners are able to take risks, and allow us to try new things. Not everything is going to work, but, once in a while, you tap into something that feels really magical,” he adds.

The Bachelor is essentially a fairy tale format and he says that it’s impossible to replicate its success so had to look at other ways to compete in the dating space.

“Someone has the market cornered quite successfully on finding your forever person. But there’s so much more to dating before and after those moments. Those are the areas we like to play. What about the stories that aren’t fairy tales?,” he says.

One thing that separates Gale from many other unscripted producers is that he has a pretty impressive side-hustle in scripted. He was a consulting producer on Netflix horror series Midnight Mass and The Midnight Club, from Mike Flanagan, and produced horror film Agnes.

He says the similarity between the two genres is building tension and expectation.

“In that way, they feel very, very similar. The way that you hold your hands over your eyes, when someone’s going upstairs when they should be running out of the house is no different than when someone goes to knock on someone’s door, to ask them to marry them, when the audience might know that they’re going to say no,” he says. “I think people underestimate how scary dating is. Dating is scary. It makes you question yourself and make you insecure and makes you wonder about the long term. Those are scary things. It’s all the human imagination.”

Gale says that he wants to continue to work in both areas. He has his The Year of Elan Productions, which he named after a Seinfeld gag, with two full-time developments exec Laura Citren and Tessa Stewart.

“I’m currently working on some of those plans to democratize some of the creation,” he says. Laura and Tessa help with every project across the board, from development to production to post and we’re thinking about expanding in the next couple of years.”

He says that he has a number of new dating formats in development and one of the things that he’d like to do is work with people outside of the reality world to come up with new ideas.

“We’re partnering with a lot of great new production companies, and new creators, people that haven’t made shows before trying to find new entry points,” he says. “Sometimes the best ideas come from people who don’t live in our world. Back in the Groove is a great example because to my knowledge, Taye [Diggs] hasn’t really been participatory in lots of unscripted TV over the years. That idea did not come from inside the dark halls of reality TV development, it came from somewhere else. For me, I’m looking forward to trying to play in the spaces between scripted and unscripted and also playing in the spaces between horror and dating because there’s no reason you can’t connect the two at some point.”

We look forward to seeing Gale’s dating format based on The Shining at some point. The hidden danger of ChatGPT and generative AI...