Several cars on an Amtrak train derailed in Mendon, Mo., on Monday after hitting a dump truck at a crossing and there are early reports of injuries among those on board, Amtrak said in a statement.

The train was travelling east from Los Angeles to Chicago when it hit the truck, which was blocking a public crossing, at 12:42 p.m. CT.

There were approximately 243 passengers and 12 crew on board, Amtrak said.

Photos and video from the scene showed passengers sitting on the side of the derailed train.

The company said local authorities were assisting customers, while Amtrak had activated an incident response team and was sending emergency personnel to the scene to help. 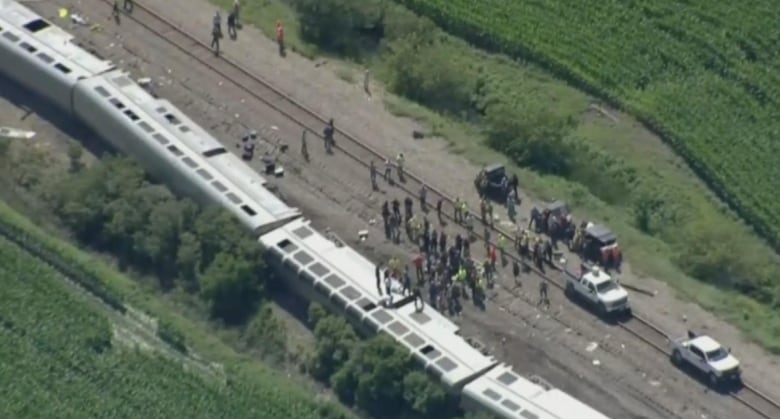 An aerial view of the train, which derailed after colliding with a dump truck. (Reuters)