It’s a more intricate and complex Star Wars than you’ve ever seen.

While the Star Wars series from The Mandalorian to Obi-Wan have been obsessed in stunt-casting legacy characters and those from the Dave Filoni animated universe, the Tony Gilroy created Andor is a very serious, detailed spy show, almost reminiscent of Apple’s Slow Horses. Andor follows Diego Luna’s Cassian Andor from the Gilroy penned Rogue One: A Star Wars Story, in his rise from being a refugee guy to a rebel who looks to redeem his planet Kenari; his people largely wiped out due to an alleged mining accident from the empire.

If you want to know how serious a show Andor is, the show kicks off with Luna’s Cassian looking for his sister in a brothel.

You can listen to our conversation with Gilroy below:

“I’m writing every bit as complex, and complicated, and as detailed, and with as much gravitas, and with as much personal involvement as Michael Clayton, ever,” Gilroy tells Deadline’s Crew Call, the filmmaker also behind that 7x Oscar nominated, Oscar winning legal drama starring George Clooney and Tilda Swinton. 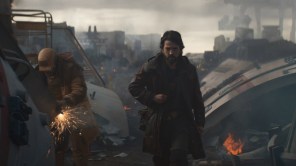 How did Lucasfilm get away in allowing Gilroy to make a deliberately paced show with Imperial figures who are more grey than pure black evil?

Says Gilroy, “If you’re coming to me, I can kind of pick and choose what I want to do. I mean, my reputation is, and because I can pick and choose what I want to do, I’m not slumming. I’m going to bring what I do, so the fact that they’re (Lucasfilm) even coming to me, and I’ve given them a sort of manifesto a few years earlier about how insane I thought the show should be and what they should be doing, when they came back, they were like, ‘Wow, we like this idea now, and we can afford to pay for this idea now, and we want you to do it’.” 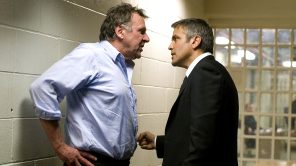 One of the first big indications that Lucasfilm was serious about Gilroy’s approach was that they hired the production designer from Chernobyl, Luke Hull as well as that limited series producer Sanne Wohlenberg.

Luna’s Andor is as gritty as any protag in a Terry Winter-Tim Van Patten gangster drama. Says Gilroy about Andor, “He’s a liar and a cheat, and he’s the guy in town that probably had a lot of promise at one point, that everybody likes, but that nobody wants to see coming down the street, and everybody puts their hand on their wallet.”

Gilroy chats with us about whether Cassian’s sister will be a mysterious string which pulls season one through, how Stellan Skarsgård’s Luthen Rael is the real OG, what really went down on those Rogue One reshoots and whether or not a movie like Michael Clayton could be greenlit in this day and age.

Says Gilroy, “I mean, our COVID budget on this show is bigger than the budget of Michael Clayton.”

(Editors note: That Clooney legal drama cost $21.5M and made $93M at the global box office). A Flavor Of ‘Bridgerton’ Will Permeate This...