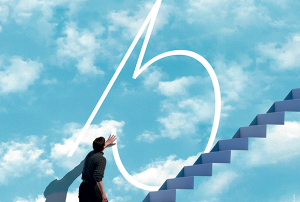 Writer/Director James Gray has been to the Cannes Film Festival in competition on four previous occasions with We Own The Night, The Yards, The Immigrant, and Two Lovers but has yet to walk away with a prize. Maybe the fifth time will be the charm? It certainly would be deserving as Gray comes back to his beloved New York City roots with the highly autobiographical and intriguingly titled Armageddon Time.

Lest you think that with that title this is more akin to his last film, the Brad Pitt-starring sci fi Ad Astra think again. It couldn’t be further apart and reps a return to his more frequent thoughtful character-driven family drama explorations rather than space, although that figures in at least one way. With Astra and the exceptional and haunting jungle epic The Lost City Of Z  (my favorite of all his films and one of the best of any kind this century) Gray had drifted from the films that brought him to Cannes, but he is back in familiar territory and  this is his most personal yet, a meticulously recreated cinematic journey set in the course of two months during the 1980 election season.

The ever-imposing, even threatening presence of then-Presidential candidate Ronald Reagan is weaved subtly in the background through snippets on TV as the Flushing, Queens family looks on with disaproval and fear for the future. But this story is focused on a coming-of-age tale about the friendship between young Paul Graff (Banks Repeta)  and a Black schoolmate Johnny (Jaylin Webb) at PS 173 who has been held back a year and whom he immediately befriends, the pair bonding over their respective dreams of being an artist and an astronaut one day. Both are clearly hated by their obnoxious teacher, and when they are caught smoking the trouble intensifies.

Thoroughly outraged Paul’s PTA President mother Esther (Anne Hathaway)  and engineer father Irving (Jeremy Strong), each the child of Jewish immigrants, lay down the law, practice tough love,  and decide Paul needs to be in a different environment than they can easily afford but nevertheless enroll him in  the exclusive Kew Forest private school (where Gray really went), a lily white environment where some of the kids freely use the ‘N’ word, and in fact Fred Trump Sr (Donald’s father and played chilingly by John Diehl) is a benefactor who speaks to the class, as does his daughter Marianne Trump (played in a brief cameo by Jessica Chastain). They talk of the fight and struggle to make something of themselves despite the fact that their family was fed with a silver spoon. Paul is resistant, and soon concocts a scheme to run off to Florida with Johnny in a misguided effort to follow their dreams.

Gray describes the words he wanted this film to convey: love, warmth, humor. and loss, but also clearly class and racism at a time over 40 years ago that sadly still resonates today, and in ironic fact, has been exacberated by Trump’s presidency which we were into already when Gray sat down to put his still vivid memories of growing up in Queens to paper in 2018. It is a specific moment in time he chose, but it resonates even more today. That title was inspired by a 1979 cover by Clash of “Armagiddion Time”  and is meant to reflect the fear of an apocalypse that was still prevalent, heightened by the election of Reagan according to Esther who mutters on election night, “we are going to have a nuclear war”. Gray knows that kind of talk was frequent then, but also ironically as the film premieres in Cannes still top of mind with all that is going on, as are racial tensions wildly increased in the George Floyd era. Still the title might be a drawback, making some potential audience members dismiss it as a popcorn-style blockbuster, rather than the thoughtful memory play it actually is.

But there is great hope and heart on display here, and in the company of the great Anthony Hopkins as Grandpa Aaron (and directly modeled on Gray’s own English grandfather), a real inspiration. He believes in Paul , even as the boy sits in the shadow of his older brother, and encourages his ambitions to be an artist and encouraging his love of rockets. A touching story about his own mother immigrating from Ukraine all the way to Liverpool, and then America could not be more moving or meaningful. Hopkins finds the soul of Gray’s script and gives it real impetus as only a master can. Even though he is a “ghost” essentially in the latter half it is his wisdom and counsel that make us believe Paul has a future worth living.

Sadly the film is unerringly honest in predicting the paths of both Paul and Johnny, class and race interfering and predicting their outcome. Johnny is in fact already hiding the fact of living with a dementia-stricken grandmother, essentially an orphan trying against all odds to make it out of what the world already has in store for him. Heartbreaking is another word for this film which is exceptionally well acted by both Repeta and Webb, two real finds. Hathaway is very fine as a woman who keeps joining, someone a bit out of time but on the cusp who has a unique bond and unfailing belief in her youngest son. Strong is at times terribly unsympathetic, particularly in a brutal belt beating of Paul who begs him to stop, but ultimately you can tell he just wants for him what he didn’t have growing up, at odds with the love he feels for his son. Hopkins is, in a word, splendid. There is also lovely, if fleeting, work from the wonderful Tovah Feldshuh as Grandma Mickey.

The production design is authenic to the location, and cinematography from frequent Gray collaborator Darius Khonji is muted, artistic, and evocative. There is a very good chance that in this family, one that actually sits and talks at the dinner table, we may see a little bit of our own past filtered in a very unstable world where we only can hang on to each other – and even more importantly our uncensored memories. That is what James Gray has done here, just as Ken Branagh recently did with the brilliant Belfast also from Focus Features which is releasing this  film later this year. Producers are Gray, Anthony Katagas, Marc Butan, and Rodrigo Teixeira.

Armageddon Time had its world premiere at Cannes this evening.