Badkidmirah is an American social media personality who is well known to be an Instagram star and YouTuber having accumulated millions of followers all around the world. She is a 14 years old teen who has garnered much popularity and fame which would be difficult even for adults.

She is also known as a member of the group of rapping influencers known as "The Bad Kids" from which her name is also influenced by "Bad KId Mirah". Apart from being an Instagram and YouTube personality, she also has called herself to be a fashion model which can be certain from her Instagram posts.

Badkidmirah is best known for her appearance on social media sites including Instagram where she has over 1.3 million followers on her account: @immirahbadkid and over 14.1k followers on her TikTok: @BadKidMirah. Alongside her family members, she appears on their YouTube channel titled "MK FAMILY" which has over 386k subscribers.

What is Badkidmirah famous for? 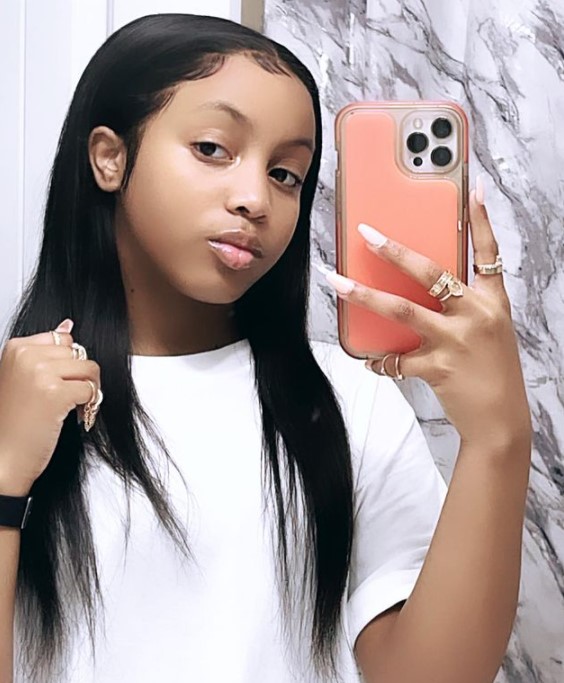 Badkidmirah was born on June 13, 2007, in Baton Rouge, United States. Her birth name is Mirah while also called out by the name of Badkidmirah. Her nationality is American. Badkidmirah belongs to the African-American ethnicity while Gemini is her zodiac sign.

Born and raised in the city of US, Mirah grew up alongside her siblings; a younger sister, Bad Kid Kam, and an older brother named BadKid Jay together whom we could see on the Tiktok and YouTube videos on their collective Youtube channel; "MK FAMILY" which has over 386k subscribers.

Growing up, Mirah surely was influenced by the gen-Z music and songs that she developed her style even at an early age. She is currently enrolled in a local school at the moment and seems to be more focused on her developing career as a social media personality even at a young age of her early teens.

Badkidmirah is currently in a relationship with her boyfriend, Talan popularly known by the name of BadKidTalan. He is also a teen social media personality a member of the group, "The Bad Kids" and has over 400k followers on his Instagram account: @itsbadkidtalan.

Mirah even has uploaded a picture together with Talan on her Instagram's highlight captioning "Happy BF Day". She even has mentioned him to be a matter of her happiness.

Previously, she had dated Instagram star, Jerry Martinez also called Badkidjerry. She was also rumored to be in a relationship with Mykel, a social media icon and fellow member of Tha Bad Kids group but later she clarified that they were just friends.

Badkidmirah seems to have quite good earnings from her career as a social media personality. Her presence on the various platforms with thousands of followers has undoubtedly earned her a healthy amount of earnings while she is just in her mid-teens. She makes money through several sponsored posts and videos including which she is estimated to have a net worth of around $200k.

Badkidmirah is a beautiful girl with brown eyes in her teens. She is just in her growing age and currently stands tall with a height of 5ft. (1.53m) while her body weighs around 48kg(106 lbs). As she is just a kid, she doesn't have a maintained hourglass body physique but a healthy body of measurement of 27-25-28 inches.

She has a dark complexion with beautiful brown eyes and distinct braid black hair.