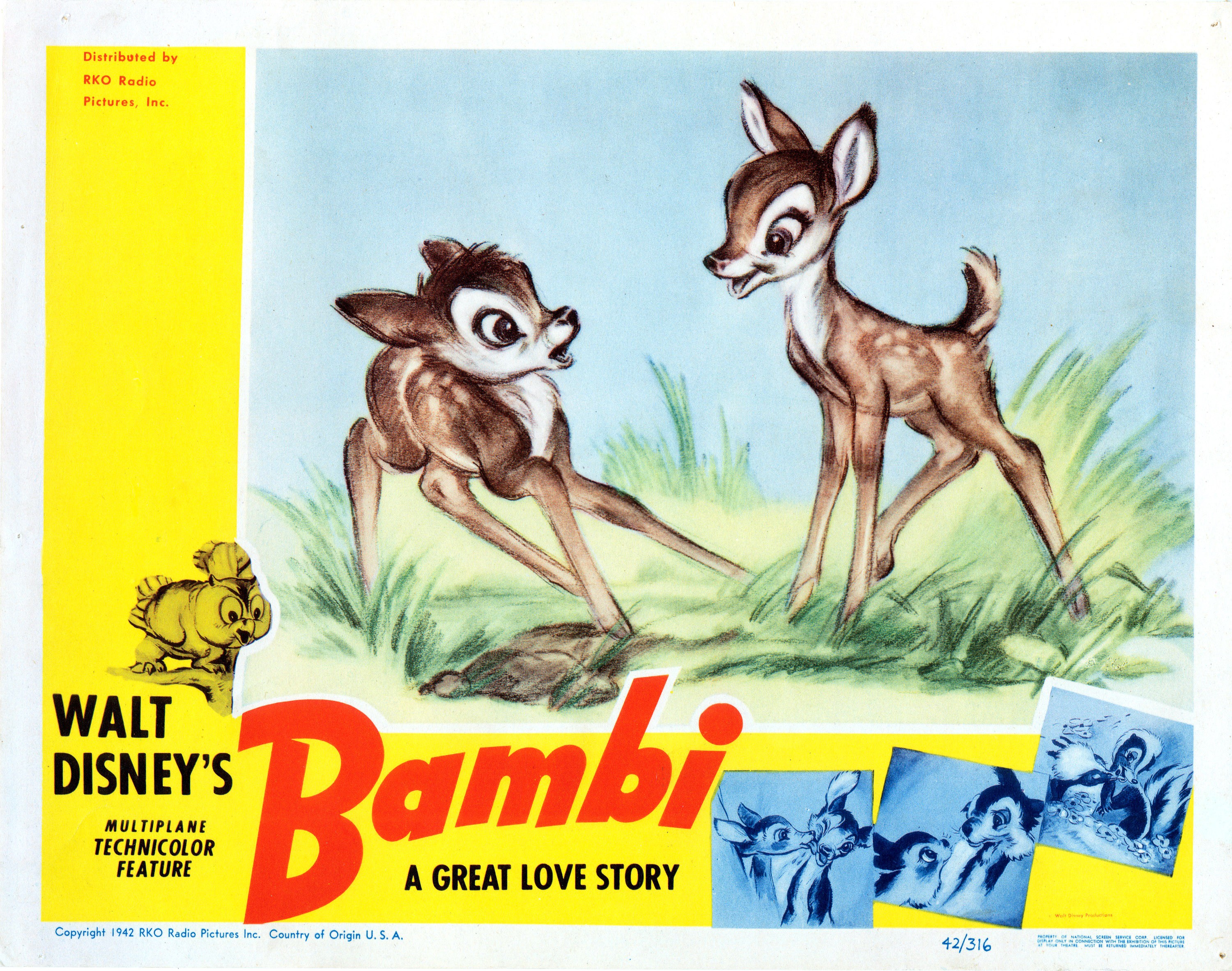 Before the Disney animated classic was first released 80 years ago, Viennese-based Felix Salten wrote Bambi, a Life in the Woods (1923), an adult realist novel. Né Siegmund Salzmann, Salten, a prolific writer and seasoned hunter, has since fallen into relative obscurity. Thanks to a new translation from Damion Searls (which follows a recent retranslation from Jack Zipes earlier this year), Salten’s name and prose and the true, complex spirit of Bambi are finally restored.

Published in 1923 in serialized form and translated into English in 1928, Salten’s Bambi sold over 500,000 copies by the time of Disney’s animated film premiere in 1942. Disney’s Bambi is by large pale and simplistic compared with the original material. The book offers a lot more psychological depth than Disney’s near-botched version, where entrenched violence, key characters, and scenes have been deliberately removed.


As Salten’s most famous novel, Bambi, gives voice to animals inhabiting a rich forest, among which namesake Bambi, a curious and endearing roe deer fawn whose life we follow from birth to mature age. Bambi is quickly confronted with hardships and danger, including the loss of his nurturing mother to human cruelty. In response to this loss, young Bambi needs to stand on his own feet and learns to count on determining friendships.

“What a beautiful child!” an observing magpie says. Bambi’s immediate strength and beauty is full of promises. Yet beauty in the forest also means vulnerability as it incarnates jealousy and an object of desire.


Hovering above this lively ecosystem is a threat that permeates in everything that animals do, from the places they visit, the trails on which they march, to the timing of their outings. Humans. Faceless, nameless, they are known as “He” for Bambi and his kind. First discernible through His scent; He kills, mercilessly.


“A wave of scent flooded toward them; the air was filled with it like never before. There was nothing they had to try to detect—the smell surged into their noses, befuddled their senses, and froze their hearts.”

Instinctively, animals know to recognize this foreign presence. “He,” capitalized as an all-seeing, omniscient, all-powerful divinity of sorts, is terrifying. From birth, Bambi learns to remain alert to this invisible peril. Bambi’s first encounter with His destructive power is a shock and an education—a brutal awakening.

The novel, structured as a coming-of-age, tells the story of Bambi’s steady and rough experience of the world. From the childhood pleasures and discovery of the meadow during springtime, Bambi, like other animals and species of the forest, soon needs to survive his first winter of cold and deprivation. The snow forms a thick layer; it requires much agility and persistence not to starve. Falling leaves announce the passing of a season of plenty to one of suffering. Withering leaves talk to each other, until silence signals the start of winter.


“‘Ah… now…’ the second leaf said, ‘… I…’ The leaf’s voice broke. And gently the leaf came free from its place and floated down.
Now it was winter.”

Against this backdrop, Bambi quickly develops skills and resourcefulness; there is simply no alternative. Changing landscapes serve to anchor incarnated time, and with a new spring, teenage Bambi succumbs to new, sentimental yearnings.

Early on, Bambi’s mother explains to her child what safety entails, and why it is rooted in the forest’s solidarity and interdependence.


“Because all the bushes are keeping watch over us, because the branches on the shrubs rustle and snap, because the dry twigs on the ground crack and warn us, because the withered leaves from last year have fallen and they crinkle to give us a sign… because the jay is there, and the magpie, keeping a lookout, and it’s because of all this that we can know in advance if someone’s coming…”

And while, more than once, these friends of the forest help each other in a common drive towards survival, Bambi’s most important lesson in life paradoxically comes from embracing solitude. Growing up seems to imply a process of growing apart. It’s as if Bambi’s existence must result in lonesomeness to become complete.

Bambi plays with contrast amid sudden absence and presence. Bambi’s mother is a near constant companionship to the fawn until she disappears. The Old Stag, a formative figure for Bambi’s character development, comes and goes out of nowhere. This juxtaposition underscores the transience of all things, that Bambi’s world remains uncertain, mysterious, and unpredictable. Bambi compensates for a lack of sight through cautious and informed experiential insights.


Superficially, Bambi is a story of good vs evil. Pure-hearted animals need to resist the destructive ethos of humans (He, never a She). But beyond this, Bambi articulates a tension between fear and desire, and an attempt to dominate one’s emotions to avoid the pitfalls of foolishness. For instance, Bambi’s love for Faline nearly costs his life. “To stay safe and live a full life, you need to move!” one character says, in a wisdom that comes from being constantly hunted.


A Japanese translation of the iconic tale “Bambi: A Life In The Woods” by Felix Salten is on display at the City Hall Library in Vienna on March 23, 2021. – While the 1942 Disney film “Bambi” is world famous as a classic of animated cinema, the man behind the story — an eminent writer in pre-war Vienna who had to flee the Nazis — is little known. (Photo by JOE KLAMAR / AFP) (Photo by JOE KLAMAR/AFP via Getty Images) AFP via Getty Images

Unlike Disney’s naive and partial rendition we meet in the book Faline’s twin brother, Gobo, who has been wounded by a hunting party and fostered by humans before being reintroduced in the forest. Gobo develops a sense of superiority; he thinks that he “knows” Him. Gobo’s naivety offers a short-lived glimmer of hope for a truce, a reconciliation. But assimilation doesn’t work and species can’t escape what or who they are.


Grim is also Bambi’s first few years into its readership. Jewish Felix Salten had to flee Vienna and the Nazi regime in 1939. His Bambi was banned (and burned) a few years prior, in 1936. Some saw in Salten’s story of anthropomorphized animals fleeing danger and adversity an allegory of the fate of persecuted European Jews.


Whether Bambi is a tale of anti-Semitism remains hard to authoritatively establish and its publication shortly after the butchery of WWI is enough to explain a bleak Weltanschauung. Bambi’s forest—life—is predominantly a space of competition, deception, and death. Bambi is a philosophical novel which discusses doom, melancholia, and disenchantment. Joy and playfulness are imprudent. Species harm each other between and among themselves—a dog kills a fox and humans also kill each other. Frailty entails sickness and fatality. Life is the only true miracle in a hopeless world. Maybe there is “someone” above but maybe there isn’t.


“The second asked: ‘I wonder if you still feel anything, or know anything about who you are, when you’re down below?’
The first replied: ‘Who can tell? None of us who’s gone down below has ever come back to say.’”

Not a happy message for Disney’s American children but a necessary one. How a delayed vote spells trouble for Moscow's...