SUNDAY AM Writethru: Sony is calling Bullet Train at a $30.1M opening. Some rival studios saw it lower, however, knowing the Culver City studio, they like to underestimate, not overestimate in their box office gross reporting. Worldwide was $62.5M.

Bullet Train made $12.6M on Friday, but that includes $4.6M Thursday previews. That means Friday grossed $8M. Saturday made $9.6M, +20% ahead of Friday which is a very good sign for business. Some box office prognosticators believe that the David Leitch directed movie can get to $100M.

The CinemaScore is a B+, which, interestingly enough, is the same as 20th Century Fox’s Kingsman: The Secret Service, one of the comps that was being floated around before Bullet Train‘s opening. That 2014 movie opened to $36.2M. PostTraks for the Brad Pitt actioner aren’t shabby at 82% positive and a 63% recommend. The pic always was going to hit with the over-35 demo, and that’s clear here at close to 40% of the audience. The 18-34s are at 58%, who I hear always would be slow to come out to this movie, and the hope was that there could be more of them — this despite the fact that they’re the dominant demo. Guys over 25 are leading at 37% (81% grade), followed by women over 25 (28%, 83% grade), men under 25 (18%, 77% grade) and women under 25 (16%, 89% grade). In regards to the male-female turnout here for Bullet Train it’s very similar to Nope‘s, especially since both received four stars on PostTrak. However, Nope brought in a very strong Black audience at 33% as well as 35% Caucasian, 20% Latino and Hispanic and 12% Asian/other. Diversity demos on Bullet Train were 46% Caucasian, 24% Latino and Hispanic, 14% Black, 16% Asian/other.

Thirty-five percent came to Bullet Train because of Pitt, while 35% on PostTrak also cited the genre type of movie and 33% the cast as a whole. Only 8% came because it was a Leitch film (vs. Nope which saw 56% come for Peele). In regards to the advertisements that put butts in seats for Bullet Train: 34% came because they were enticed by the trailer, 26% were influenced by the YouTube trailer, 20% said it was the in-theater banners/posters, while 17% cited TV spots. 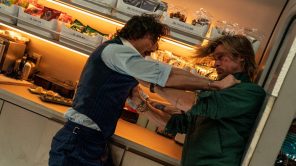 Why is Bullet Train not a super train? The pic is bit of a feathered fish when it comes to action movies: Pitt in what looks to be a stylized live-action take on an anime cartoon. While the action is relentless, bloody and fun, one of the hang-ups moviegoers have to get past is that the movie never shuts up. It’s too talky, too much backstory — and not good Quentin Tarantino talky and backstory.

Bullet Train also doesn’t take its time to tonally breathe like a Nic Winding Refn genre movie. This was evident in the 20 minutes that Sony showed off to exhibition at CinemaCon. Deadline’s Pete Hammond said Bullet Train “tries too hard to stay on track”. All that snark said, it’s well worth the price of Imax and PDF admission, and a lot of fun (both formats delivering close to 40% of the B.O. through yesterday; Imax accounting for $2.4M). For Joe Shmoe moviegoer, it isn’t exactly like Pitt’s Mr. & Mrs. Smith, which also starred Angelina Jolie and opened to $50.3M. You can’t fault Sony for having the guts to be original here, and as the new slogan goes in a vaccinated pandemic: better for a film to be theatrical with a window and have ancillary legs than to get buried day-and-date on a streaming menu. That’s the only way to have peace of mind here in spending $90M before P&A.

Bullet Train was fast in the West and Southwest, but its top 10 theaters were on the coasts.

RelishMix noticed that there was a mixed positive reaction to Bullet Train materials online before opening:

“Fans are loving The Bee Gees’ ‘Staying Alive’ as the trailer soundtrack, and the fun thriller tone of the film that they say was shot in a tube on a LED virtual stage at Sony during the pandemic. Others credit that the story comes from novel Maria Beetle by Kōtarō Isaka, and there’s call-outs to director Leitch’s credits: John Wick, Atomic Blonde, Deadpool 2, Hobbs & Shaw. Mentions for ‘waiting for streaming’ are few — as the draw of a popcorn thrill ride is clear. Some snarks are on the fence that it looks like Fight Club, but wondering if John Wick will show up.”

RelishMix says that the pic’s social awareness runs 17% above action genre norms, with a core social media universe of 224.6M across Facebook, Twitter, YouTube, Instagram, and TikTok. Activity spiked on the movie’s Instagram following Monday’s red carpet premiere in Hollywood, adding 1.1K fans per day, plus a hefty stack of 21 videos on YouTube, including NBA spots, Father’s Day spots, and vertical social mobile spots, which would normally only be seen on Facebook and Instagram. 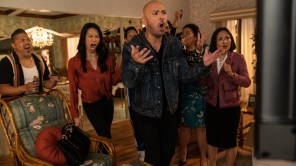 Universal/DreamWorks’ Jo Koy comedy Easter Sunday is arriving where the studio was expecting it in the mid single digits, that being $5.25M. The movie made $2M on Friday (which includes Thursday’s $500K) and $1.8M on Saturday. Audiences aren’t exactly falling out of their seats with laughter, giving the movie a B+. PostTraks were lower at 71% positive and a 49% recommend. Who came out? Women at 55%, with 52% between 25-44 and 29% over 45. Diversity demos were a great 37% Asian, 31% Caucasian, 15% Latino and Hispanic, and 11% Black.

RelishMix says that for a diverse comedy, Easter Sunday was tracking under genre norms on social media with 83.5M across Facebook, TikTok, Instagram and Twitter, with activity on materials running at moderate levels comparatively. That said, Koy’s 5M fans are activated on social, with Jimmy O. Yang at 843K and Tia Carrera at 580K. Tiffany Haddish pushed the trailer on Instagram 13 weeks ago to her 7.4M followers, which rep 54% of her 13.7M social media fans. 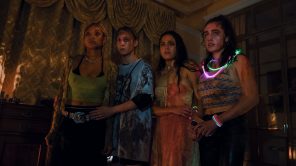 A24 has the horror comedy Bodies Bodies Bodies at six locations in NYC and LA, which rang up $226,5K. That translates into a $37,75K per-theater average, which is the second best limited screen average debut YTD after the $50K opening weekend theater average posted by A24’s Everything Everywhere All at Once. Friday was $94,7K for the Pete Davidson starring comedy. Very solid numbers, we hear, at NYC’s Lincoln Square, Union Square, Alamo Drafthouse Brooklyn, and LA’s AMC Century City, Grove and Burbank. The pic expands to 1,200 locations next weekend. 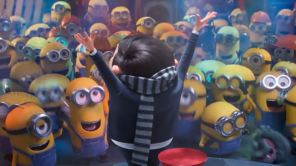 FRIDAY AM: Sony’s Bullet Train, starring Brad Pitt, saw $4.6M in Thursday previews which began at 3pm at 3,596 locations. The pic is estimated to bring in around $30M this weekend as summer’s last big tentpole before a two-and-month drought sans four quad movies.

Interesting to note, though not necessarily a comp since it was branded IP, is that Bullet Train from director David Leitch had previews that were not that far from what his Fast & Furious spinoff Hobbs & Shaw posted back in early August 2019, that being $5.8M.

Next to late summer Thursday previews, Bullet Train is ahead of The Meg‘s Thursday ($4M, $45.4M opening) and also last year’s The Suicide Squad at $4.1M (even though that latter title was day and date on HBO Max and saw a start of $26.2M).

Critics are sour on Bullet Train at 53% on Rotten Tomatoes, but audiences love it more at 83% on RT. 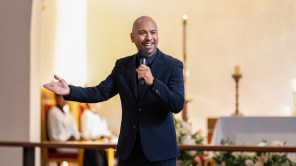 Universal/Dreamworks’ Easter Sunday starring Jo Koy saw $500K at 2,400 theaters which began at 5pm yesterday. Thursday preview comps for Easter Sunday are around that of Marry Me (even though that was day and date on Peacock) which was $525K, and ahead of August 2019’s The Art of Racing in the Rain which was $450K. The family comedy is expected to open in the mid single digits this weekend. Critics aren’t fans of Easter Sunday at 32% Rotten on Rotten Tomatoes.

Universal fired up the marketing campaign for Easter Sunday back in March which saw trailer placements in front of Jo Koy’s sold out “Funny is Funny” comedy tour to entice his fan base to see the movies in theaters. An interactive QR code was displayed on screens at his stand-up shows, sending them to the film’s Fandango page. Jo Koy also showed up at CinemaCon in late April leaving exhibitors in stitches and sharing how Steven Spielberg saw a universal comedy in the stand-up’s story.

The film campaign also included a 30-second spot in game six of the NBA Finals, placement in seven TV premieres including The Bachelorette, Better Call Saul, So You Think You Can Dance, The $100,000 Pyramid and What We Do in the Shadows. Additionally, Easter Sunday sponsored an episode of Family Feud which featured Jo Koy and his real-life family vs. Lydia Gaston and her real-life family. High-impact digital placements ran on Meta (Facebook/Instagram), TikTok Top Feed along with a digital presence on YouTube, Female Lifestyle and Cinephile sites.

There was a partnership across the AAPI community included a #GoldOpen VIP event which included a screening and Q&A which was part of Gold House’s Meta Gold Talk series. There was also a comedy showcase hosted by Jo Koy spotlighting up and coming AAPI comics and a Rise for Comedy VIP Comedy Night in partnership with Rideback Ranch which included more than 300 press, influencer and talent attendees (including Simu Liu, Awkwafina and Lisa Ling). That event featured a panel on Representation in Entertainment moderated by Kathy Lim (Director of Media & Journalism for the McCarthy Foundation), a comedy set including Ronnie Chang, Jimmy O. Yang. 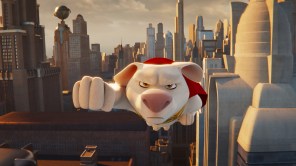