California Gov. Gavin Newsom on Tuesday became the second governor in U.S. history to defeat a recall aimed at kicking him out of office early, a contest the Democratic governor crafted as part of national battle for his party's values in the face of the coronavirus pandemic and lingering threats from "Trumpism."

The victory cements Newsom as a prominent figure in national Democratic politics and preserves his prospects for a future U.S. run. It also ensures the nation's most populous state will remain in Democratic control as a laboratory for progressive policies on immigration, climate change, representation and inequality.

"'No' is not the only thing that was expressed tonight," Newsom said at a news conference. "I want to focus on what we said `yes' to as a state: We said yes to science, we said yes to vaccines, we said yes to ending this pandemic."

A Republican almost certainly would have replaced Newsom had the recall succeeded, bringing a polar opposite political worldview, though they would have had to contend with a state Capitol dominated by Democrats.

The recall, which turned on Newsom's approach to the pandemic, mirrored the nation's heated political divide over business closures and mask and vaccine mandates, and both parties will dissect its outcome heading into the 2022 midterm elections. 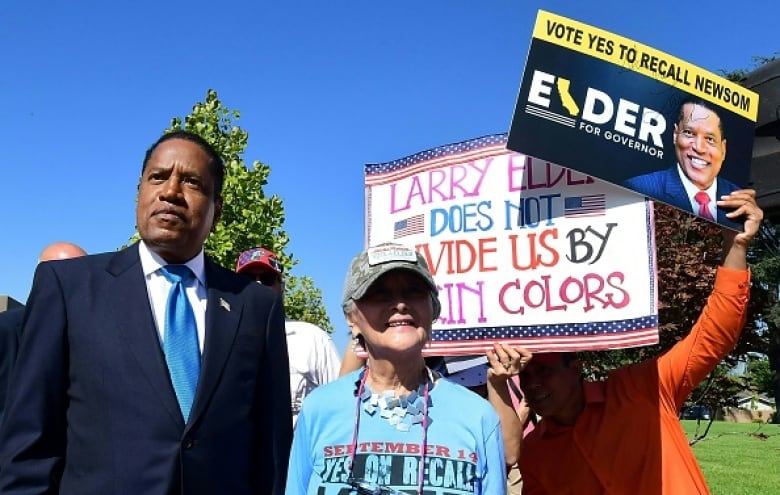 President Joe Biden sought validation of the Democratic Party's approach of tighter restrictions and vaccine requirements, urging Californians to show the nation that "leadership matters, science matters." The race also was a test of whether opposition to former President Donald Trump and his right-wing politics remains a motivating force for Democrats and independents.

"We defeated Donald Trump, we didn't defeat Trumpism. Trumpism is still alive, all across this country," Newsom said as he campaigned in a state that the former president lost by 29 percentage points.

Republicans had hoped for proof that frustrations over months of pandemic precautions would drive voters away from Democrats. They also searched for evidence that voters were tiring of liberal leadership. Democrats have controlled every level of government in California for more than a decade, a period marked by a housing crisis and the increasingly damaging effects of climate change.

But a recall election is an imperfect barometer — particularly of national trends. Democrats outnumber Republicans nearly 2-to-1 in California, so the results may not translate to governors in toss-up states or reflect how voters will judge members of Congress next year. That the unusual contest was held at the tail end of summer meant some voters weren't even tuned in.

Voters were asked two questions: Should Newsom be recalled, and, if so, who should replace him? Only a handful of the 46 names on the replacement ballot had any level of public recognition, but most failed to gain traction with voters.

Conservative talk radio host Larry Elder held a commanding lead on the second question and appeared all but certain to end the race with the votes needed to have replaced Newsom had the recall been a success.

He had entered the race just three months before Election Day and quickly rose to the top of the pack. But that allowed Newsom to turn the campaign into a choice between the two men, rather than a referendum on his performance.

Newsom seized on Elder's opposition to the minimum wage and abortion rights as evidence he was outside the mainstream of California. The governor branded him as "more extreme than Trump," while Biden called him "the closest thing to a Trump clone I've ever seen."

Though the contest didn't quite bring the circus-like element of California's 2003 recall — when voters replaced Democratic Gov. Gray Davis with Republican movie star Arnold Schwarzenegger — it featured quirky moments of its own.

Reality TV star and former Olympian Caitlyn Jenner entered the race but gained little momentum and left the state for part of the campaign to film a reality show in Australia. Businessman John Cox, who lost badly to Newsom in 2018, tried to spice up his campaign by hiring a live bear to join him, branding himself as the "beast" to Newsom's "beauty." The best known Democrat on the replacement ballot was a 29-year-old YouTube star who dispenses financial advice to his followers.

Though Newsom defeated the recall, he may soon be running against Elder again: The governor is up for reelection next year, and the primary, which puts candidates from all parties on one ballot, is just nine months away. 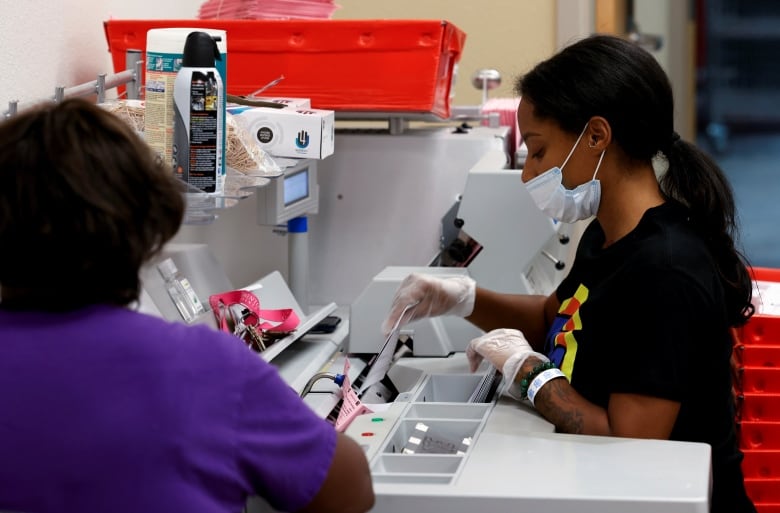 The recall, initiated by an amateur political organizer, wasn't the first attempt to oust Newsom, and it began as an expression of frustration over Democrats' grip on power. But when Newsom issued the nation's first statewide stay-at-home order, the pandemic became the race's driving force.

Recall organizers needed about 1.5 million signatures — California has 22 million registered voters — to make the ballot. They owe their success in part to a single day in November, when a judge gave them four extra months to gather signatures due to the pandemic.

That same day, Newsom attended a birthday party with friends and lobbyists at the lavish French Laundry restaurant, a gathering that violated his pandemic rules. The episode spiralled into a public relations disaster.

Supporters of the recall expressed frustration over months-long business closures, restrictions that kept most children in distance learning for a full academic year, and the confusing patchwork of rules that governed how people could gather with friends and family. Rising homicides, an unabated homelessness crisis and an unemployment fraud scandal further angered Newsom's critics.

But the broader public stayed on Newsom's side. Polling from the Public Policy Institute of California showed his approval rating remaining above 50 per cent throughout the pandemic. With weeks to go, the institute's poll showed 60 per cent of Californians approved of Newsom's handling of the pandemic. 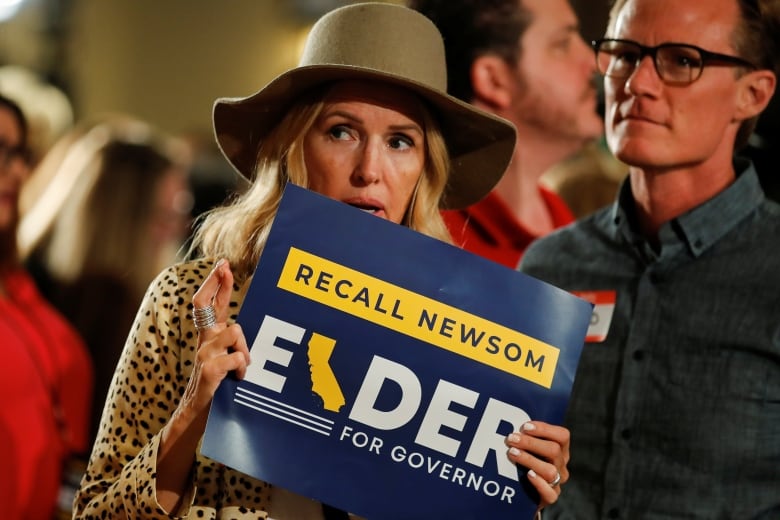 In the early months of his campaign, Newsom declared California was "roaring back" from the virus, and he used a windfall of tax dollars to dole out billions for programs from child education to homelessness. Middle- and low-income Californians got checks of up to $1,100 each.

The rise of the highly contagious delta variant over the summer dampened Newsom's positive messaging, as he began to frame the race as one of "life or death" consequences. He pointed to Texas and Florida, which were seeing worsening surges as their Republican governors rejected mask and vaccine mandates, as cautionary tales for what California could become. When Texas' new law banning most abortions took effect Sept. 1, Newsom's comparison with the GOP state only became more stark.

Newsom's administration has mandated children wear masks in schools and is requiring all health care workers to get vaccinated. Teachers and government employees must be vaccinated or tested regularly. Ace Smith, one of Newsom's political consultants, said before the race concluded that he believed it would provide Newsom — and the Democratic Party — a "clear mandate" for "sanity" on public health.

National Republican leaders largely kept the contest at arm's length. Trump barely commented on the race until the final days, when he suggested with no evidence that the results would be rigged because of mail-in balloting. One of the recall's original organizers said his comments would do more harm than good.

In the closing days, Elder's campaign echoed Trump's messaging, saying he expects "shenanigans" and linking to a website insinuating Newsom had already won the election due to fraud. The site included language from a petition circulated to help Trump's effort to overturn last year's presidential election, but that wording was removed by Tuesday afternoon. 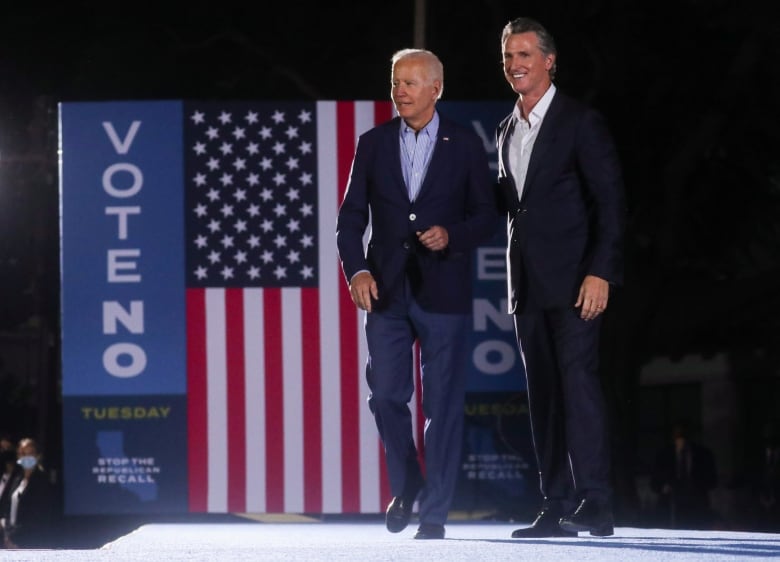 Former San Diego Mayor Kevin Faulconer, once considered the party's best hope to win back statewide office given his record in a Democratic city, failed to find his niche with voters, struggling to appeal to both the party's base and the broader electorate. Elder immediately captured attention from the party's conservative grassroots, but he also alienated independents and Democrats who may have considered a vote against Newsom.

Newsom has been viewed as a potential White House contender since at least 2004, when he defied federal law to issue marriage licenses to LGBT couples as mayor of San Francisco. His victory maintained those prospects, though he will still have to navigate around the ambitions of Harris, who came up through San Francisco politics alongside Newsom.

2 Why empathetic leadership is critical in the hybrid...

6 Andrew Garfield Has A ‘Magical’ Spider-Man Memory That...

10 62 Relatable Tumblr Posts About Being A Student